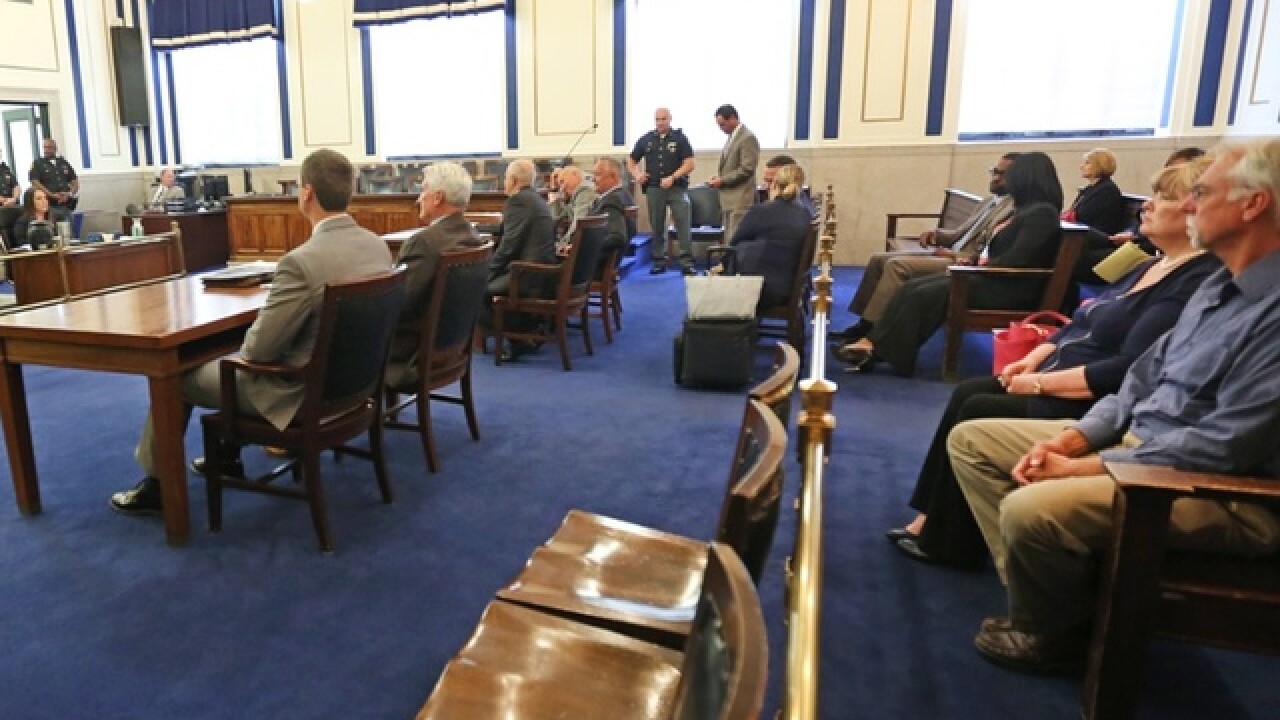 CINCINNATI – No mistrial was declared when the Ray Tensing murder trial resumed Monday morning, and Judge Megan Shanahan changed her mind again and said she would not release jurors' questionnaires to the media after all.

That was not the only fallout from the jury's negative reaction Friday to the judge's announcement that she would release the questionnaires at the Enquirer's request.  One alternate juror has been excused, Shanahan said Monday.

Before resuming testimony Monday, Shanahan thanked the remaining jurors for continuing their service - especially under trying circumstances. She  said there had been several inaccurate media reports following Friday's disruption, but she did not cite what they were.

Judge Shanahan says NO juror questionnaires, redacted or otherwise, will be released during or after the #TensingTrial . @WCPO pic.twitter.com/GNi2ukffSk

Shanahan said WCPO's request for redacted questionnaires was still before the court. She said she would direct an attorney she hired to take whatever steps necessary to protect jurors' privacy.

Friday's  proceedings ended abruptly in turmoil after two hours of testimony. One juror went to Shanahan during an 11:30 a.m. break and expressed fears for the jurors' well-being if questionnaires became public. The Enquirer then removed its request for unredacted questionnaires.

Shanahan recessed Friday's session about 1:30 p.m. after a two-break. Afterward, she issued a ruling that questionnaires would not be released. But she reversed that in a court entry.R

READ the entry below:

There still was one question from Friday's testimony hanging over the trial:

Would the stunning revelation that Tensing was wearing a black T-shirt with a Confederate flag emblem when he shot Sam DuBose  overwhelm other evidence in the jurors' minds?

An expert analyzing the case for WCPO, local defense attorney Carl Lewis, said you can measure the jurors' reaction to Tensing's T-shirt by the firestorm it raised on social media and in the community.

A criminalist introduced evidence photos to the jury. Tensing was wearing a black undershirt with a confederate flag. @WCPO #TensingTrial pic.twitter.com/B9aJ12u8bI

"It matters – not only to the jury, it matters to the community, it matters to the world. It's all over social media … As a lawyer, we think differently. A lay person, when they're sitting on the jury, weighing all that evidence, it goes to the psyche – 'What's the person's thought process?' " Lewis said.  "Jury questionnaires ask, 'What magazines do you read? What television shows do you like?' Why do we want to know that? Because we want to know what their thought process is and how you look at life.

"That Confederate flag sends a signal to the world that  his point of view is a dangerous one and – right or wrong, it would be open for debate - it's a very, very significant piece of evidence that I would have argued should not come in."

The 12-person jury is made up of two black women, four white women and six white men. All four alternates are white women.

Here’s a recap of Day 4 of the trial:

Expert: Shooting ‘was not justified’

See the full gallery of photos from the Tensing, DuBose case here.