Cincinnati nightclub shooting: Everything you need to know 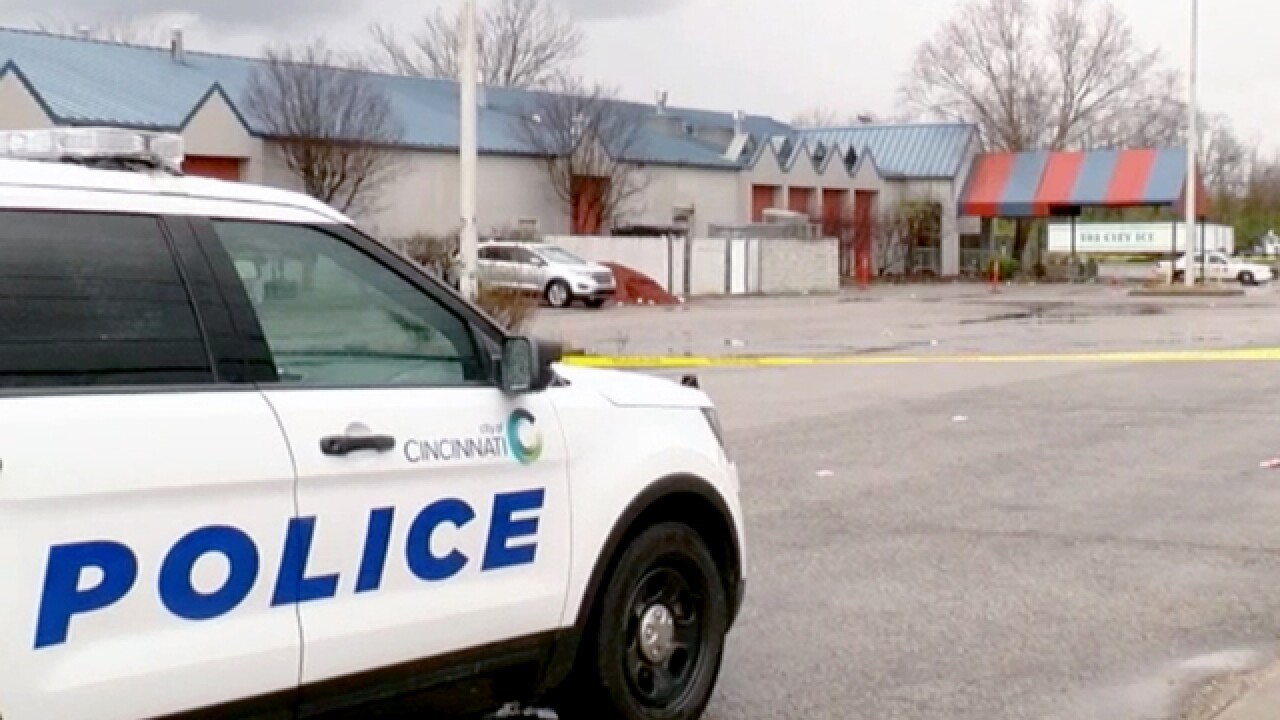 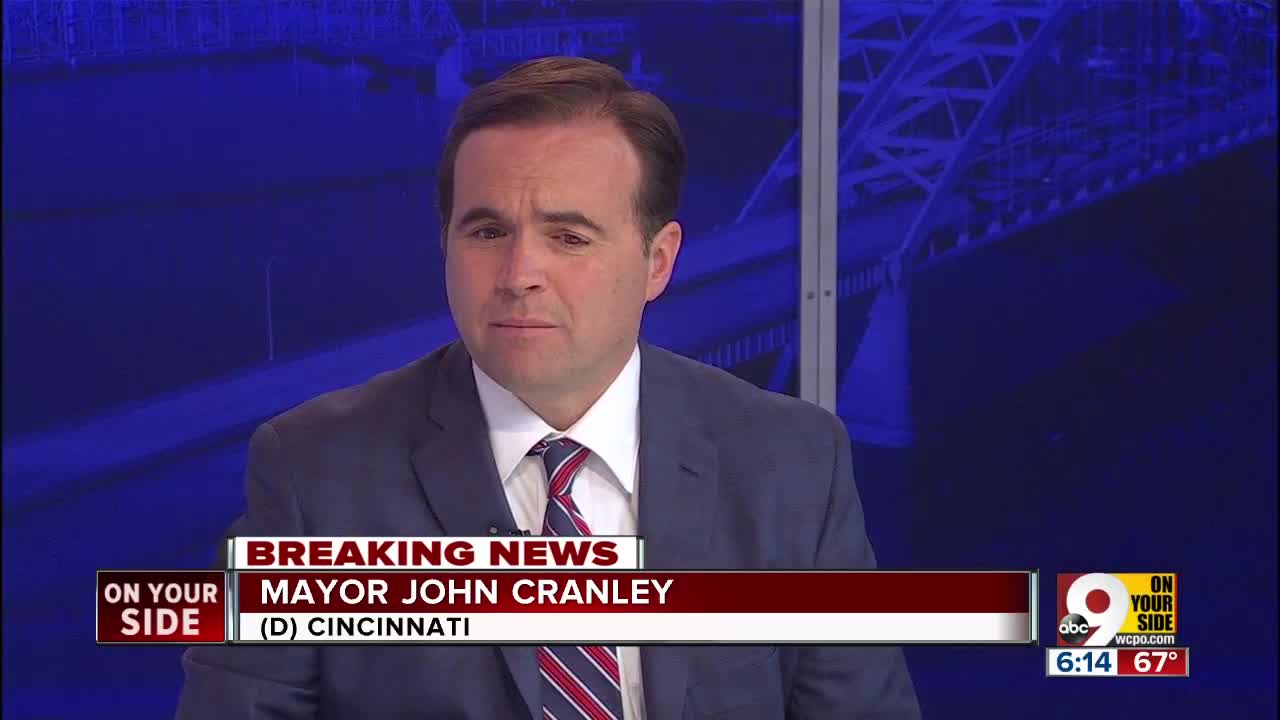 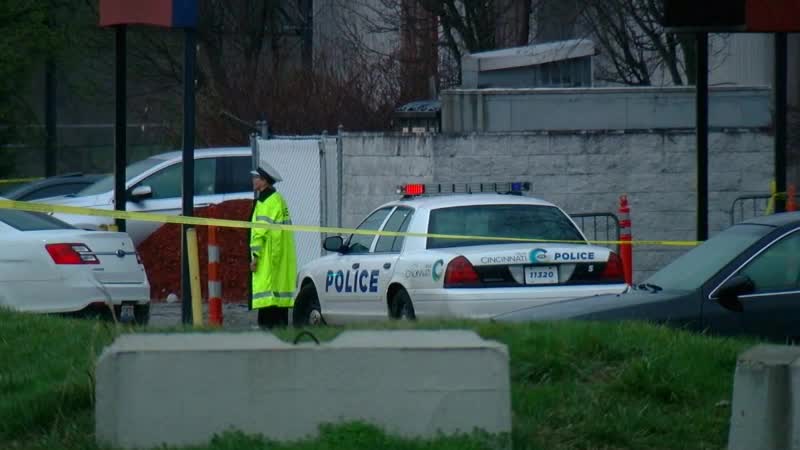 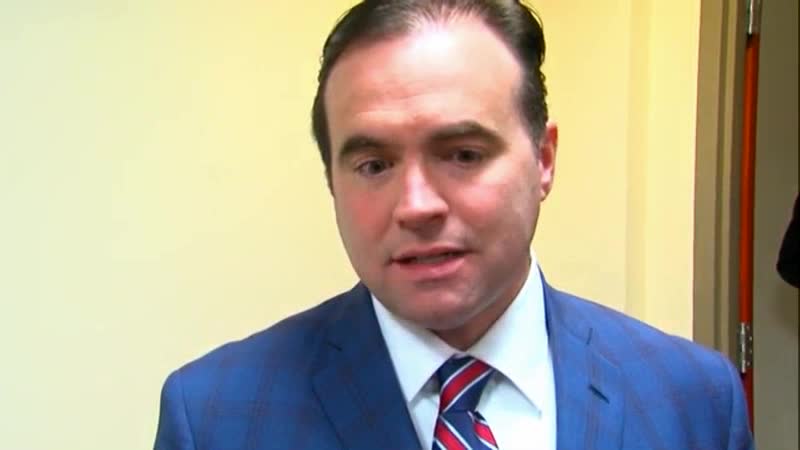 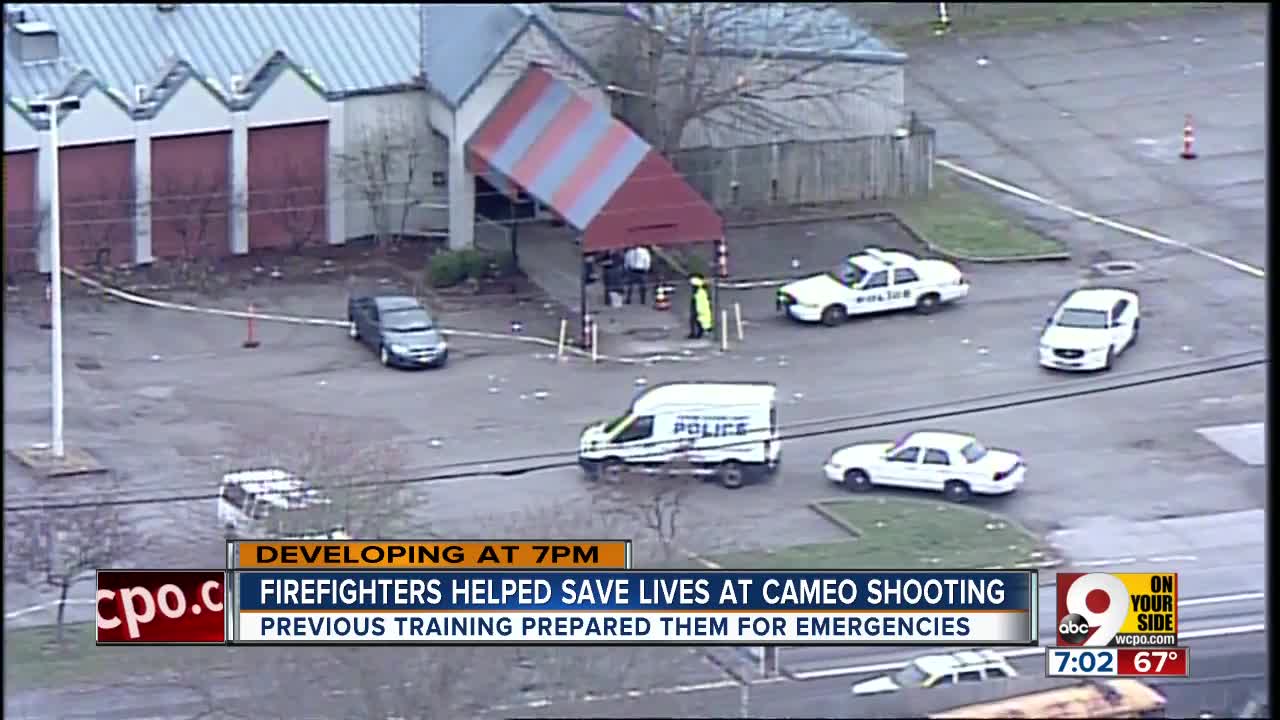 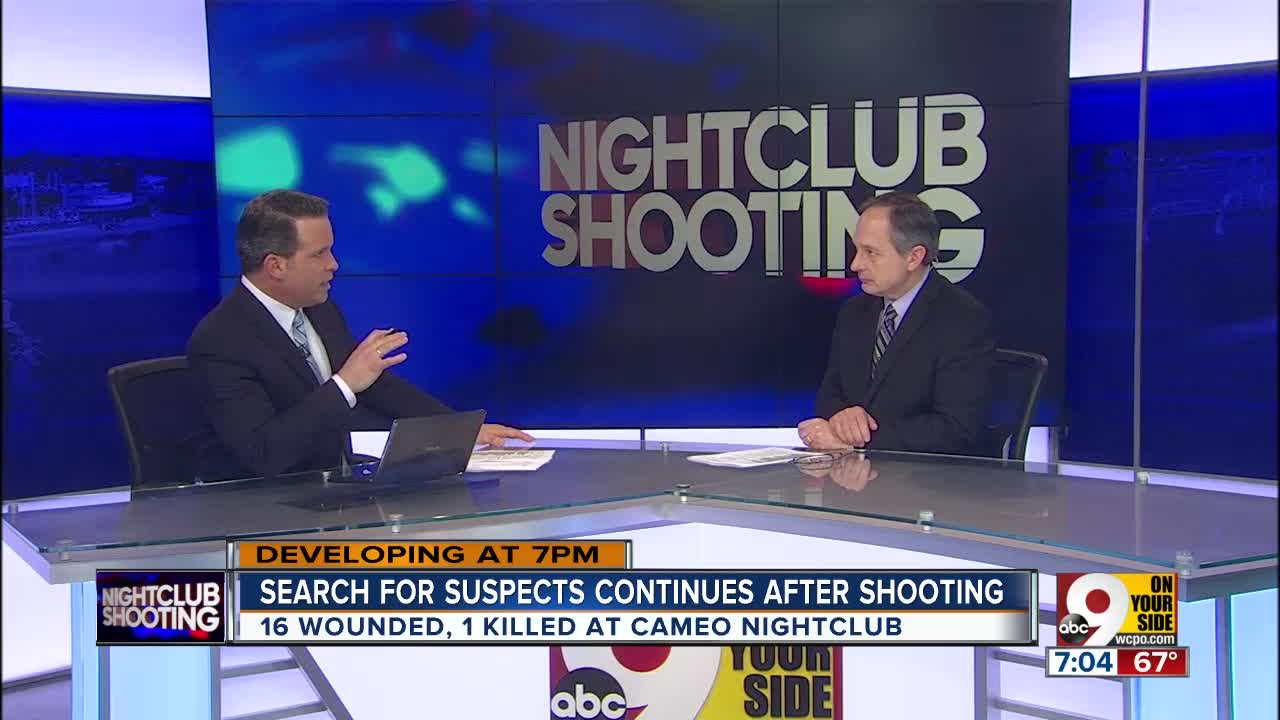 CINCINNATI -- A shooting that left one person dead and 16 others injured at Cameo Night Club Sunday morning was the largest mass shooting in the United States so far this year.

Investigators believe multiple people fired shots after an argument broke out, but no arrests have been made.

Watch Isaac's update in the player below.

Here are some details you should know about the shooting (you can also go to our Cameo coverage page for more):

1. The Cincinnati Police Department Homicide Unit was called to Cameo Night Club at about 2:20 a.m.

The large, warehouse-style venue on Kellogg Avenue was crowded at the time of the shooting; investigators believe 200 people were inside the nightclub when shots broke out. People poured out of the nightclub to escape bullets. One woman dove on the ground outside to get out of harm's way.

2. One person is dead; two others remain in critical condition

O'Bryan Spikes, 27, was shot and killed inside the nightclub, according to Cincinnati Police Chief Eliot Isaac. Preliminary autopsy results from the Hamilton County Coroner's Office said Spikes died of a single gunshot wound.

Sgt. Eric Franz described the situation as a "large and complicated homicide scene," according to ABC News.

After the shooting, emergency crews took eight people to the University of Cincinnati Medical Center. Two were taken to Christ Hospital with minor injuries, and the rest of the victims were taken to Bethesda North Hospital, Mercy West Hospital and Anderson Mercy Hospital. Several of the victims either drove themselves or had friends take them to hospitals because there weren't enough ambulances to go around, police said.

People who were hurt while trying to escape were treated on the scene.

Two victims remain in critical condition at the University of Cincinnati Medical Center.

3. No arrests have been made, and police and city officials are asking anyone with information to come forward

Investigators believe multiple people opened fire, and it's too early to tell if any of the shooters are among the injured, Isaac said.

Police don't have a description of the suspects, and Capt. Kimberly Williams said they were having trouble getting witnesses to cooperate.

"If anyone was a witness to anything that happened, obviously we need you to come forward with any information that you have, with anything that can help us identify the suspect involved in this incident," Williams said.

Federal agents from the Bureau of Alcohol, Tobacco, Firearms and Explosives were also at the scene Sunday morning. Police focused attention on a white car nearby; it was placed on a tow truck at about 6:30 a.m.

Police ask anyone with information to call Crime Stoppers at 513-352-3040. Callers can remain anonymous.

4. Officers had to step over some of the victims to reach the critically injured

Sgt. Dan Hils, president of Cincinnati's police union, said what officers encountered when they rushed inside the nightclub may have left them disturbed.

"I've heard that the officers that were there on scene were literally stepping over victims to get to the more critically injured victims," he said.

Hils said the officers called to the club will have access to police psychologists and clergy to make sure they, too, are recovering.

5. Four off-duty police officers were providing security outside the club

Four off-duty officers were working a private security detail outside the club at the time of the shooting. They were among the first to help the wounded.

Chief Isaac said it was up to the nightclub to provide security inside the building.

"It is my understanding that they do wand individuals and pat them down, however, what we know at this point, several firearms were able to be brought inside the bar," Isaac said.

View the full news conference in the player below.

"I do know that there were incidents at the club in the past, that they had agreed to a security protocol that included wanding people to go in."

Club owner Jay Rodgers denied in a news release that anyone had been allowed inside without undergoing a security check, but Angel Higgins, a clubgoer who was shot in the leg, said she had been able to enter without being wanded.

6. Sunday's shooting was not the first shooting at Cameo

City spokesman Rocky Merz said Sunday's shooting was not the first shooting at the nightclub.

There was a prior shooting inside Cameo on New Year's Day 2015, Merz said, and another in the parking lot that September.

Cameo Night Club describes itself on its Facebook page as providing entertainment and excitement to the Tri-State. The Facebook page states the club is restricted to people 21 and up on Saturday nights and is open until 4 a.m. Sunday. It was previously called Club Cameo, and before that, a gay club called Adonis.

Evan Wiener has worked at a marina near Cameo for four years. He said customers have complained about noise and have expressed concern for their safety.

"It's just been a nuisance for quite some time now," he said.

Police records indicated that officers had responded to 363 calls for service at the club address since the 2015 New Year's Day shooting, including calls involving guns, thefts and fights. Nearly half of those calls had ended with police saying there was "nothing to report."

Mayor John Cranley called the shooting "one of the worst days" in the city's history.

Councilwoman Yvette Simpson, a mayoral candidate, said she was praying for the victims.

"We are still waiting for details about the shooter(s), and why and how this occurred," Simpson wrote on Facebook. "Thanks to CPD and Fire for their work in responding to this tragic incident."

MORE: What city officials are saying about the Cincinnati nightclub shooting

Rob Richardson Jr., another mayoral candidate, said it hits close to home because he has younger family members who attend the club.

Mitchell Morris of the faith-based Project Nehemiah asked the community to "step up" and tell authorities what they witnessed at the nightclub to help stop senseless gun violence in Cincinnati.

8. The owner of Cameo issued a statement, saying the shooting was "senseless"

"On behalf of the Cameo Nightclub family and staff, I want to express how deeply saddened we are by this senseless shooting. Our goal is and has always been to provide a safe environment for our patrons.

We extend our condolences to Obryan Spikes and his family as well as all affected patrons and their families.

We will do everything in our power to cooperate and make sure the monsters that did this are caught and brought to justice.

9. Elected officials are asking the public to reserve judgment about Rogers.

"If something happened at Kroger today or Procter and Gamble...you wouldn't shut it down," he said. "You'd get the facts."

10. The club will close its doors permanently March 31

Jay Rodgers, the club's owner, said the property owner requested Cameo vacate the building, effective immediately. The business was already on its way out, Rodgers said, since the landlord had sold the building, but the request bumped up its timetable by two months.

He said he had sent a letter to the property owner requesting continued cooperation with the Cincinnati Police Department as its investigation continues.

Cincinnati police are downplaying what many believed was a social media threat to shoot up the Cameo Night Club early Sunday morning.

Isaac said investigators are aware of an image resembling a Facebook post making the rounds online. It shows a woman holding a gun accompanied by the status: "Bout to go shoot Cameos up."

"I don't believe (the Facebook user) was involved at this point," Isaac told WCPO.

City leaders are hoping a special program to keep witnesses safe will convince people to come forward with information about the deadly shootings at the Cameo nightclub.

While police are following up anonymous tips to Crime Stoppers, they want people to know that there's an extra layer of protection through the CCROW program.

O'Bryan Spikes' friends and family gathered outside the club Monday night to hug one another and cry together.

"We wanted to just come together to the place where it happened, to just give some comfort to the family," said Bishop Darrin Miller, who preaches at a church that Spike’s mother and sister attend. "We need to put the guns down, we need to stop shooting one another and we need to learn how to embrace one another."

A second vigil was held on Tuesday night and counted Police Chief Eliot Isaac among its attendees.