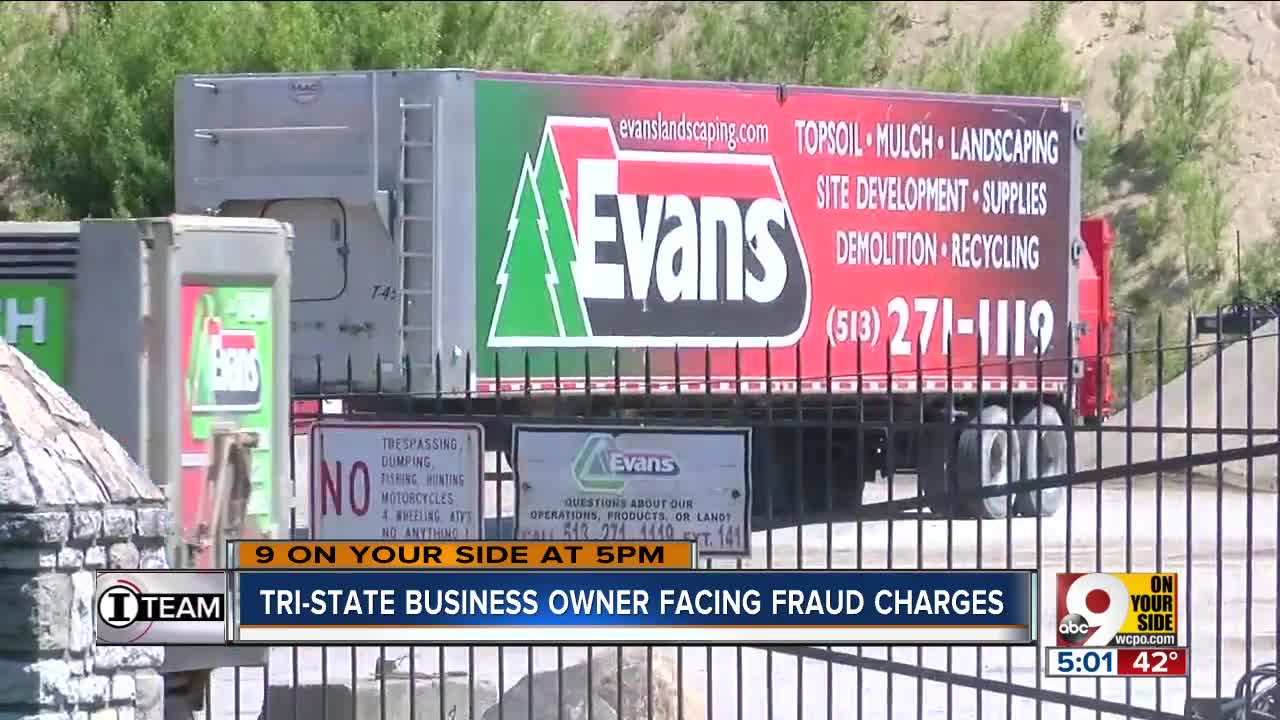 More than three years after FBI agents arrived in unmarked cars to raid Evans Landscaping, the Newtown company and its well-known owner, Doug Evans, will go on trial for federal wire fraud charges on Tuesday. 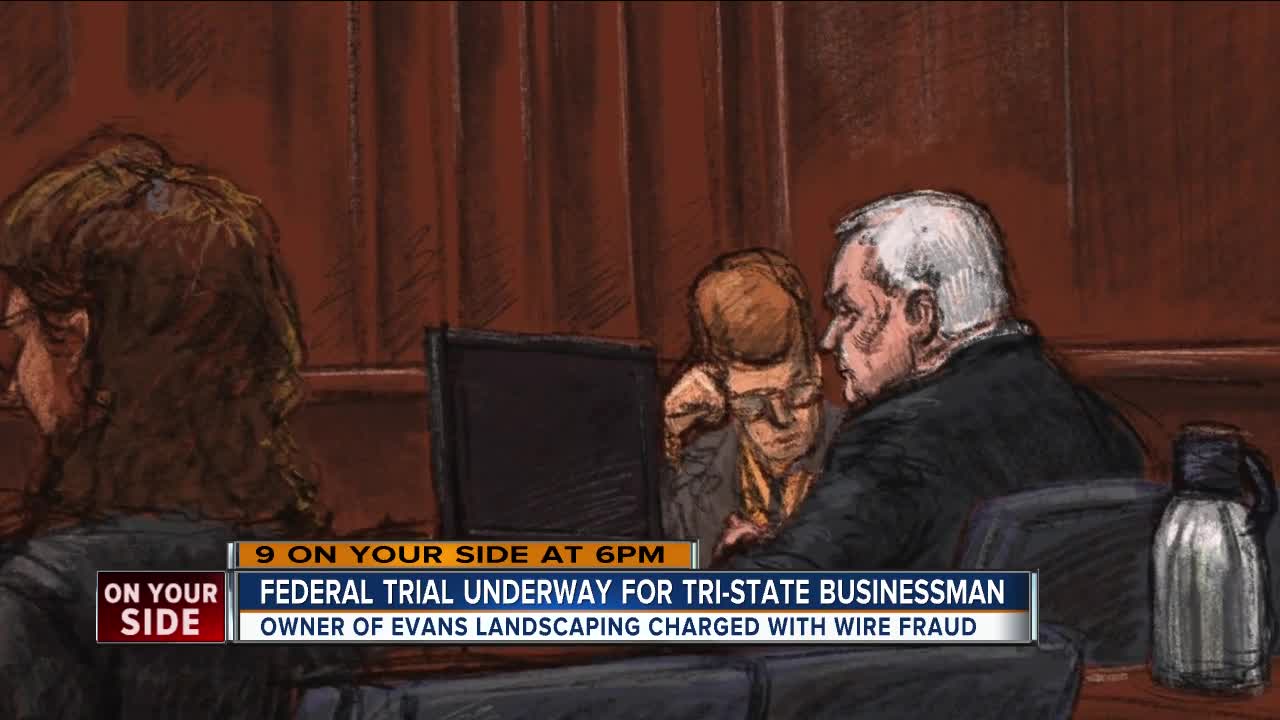 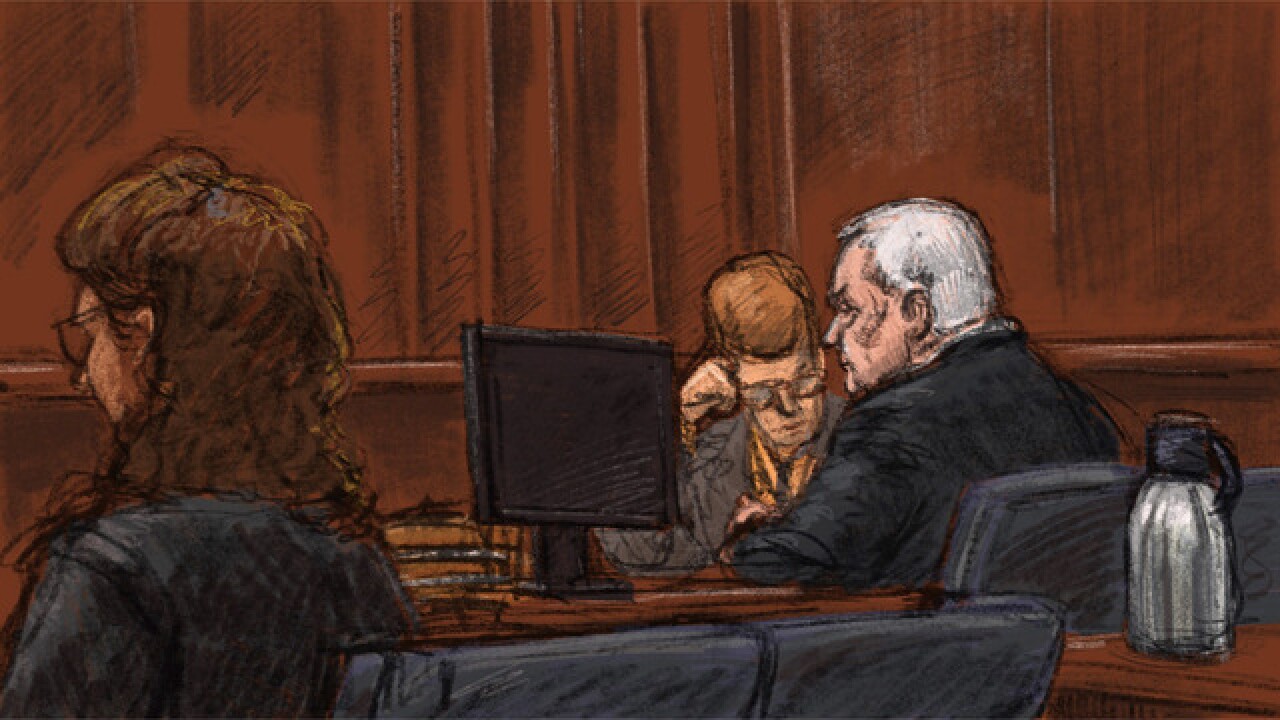 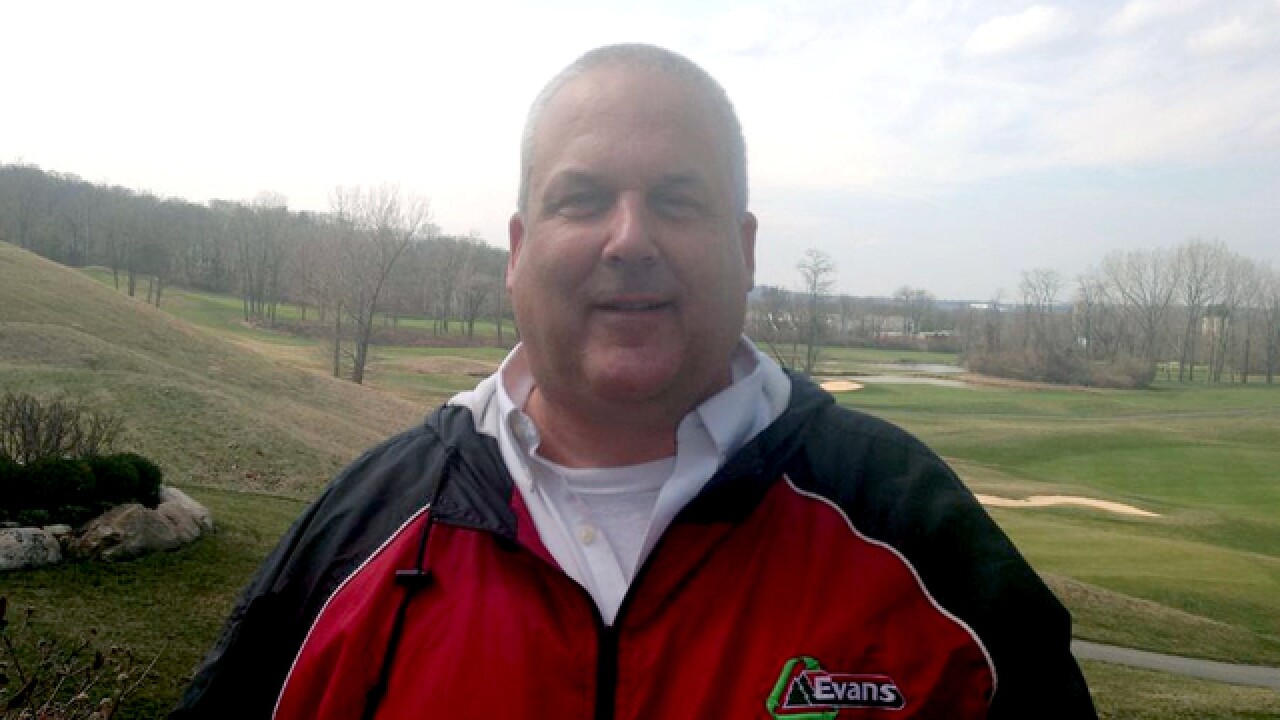 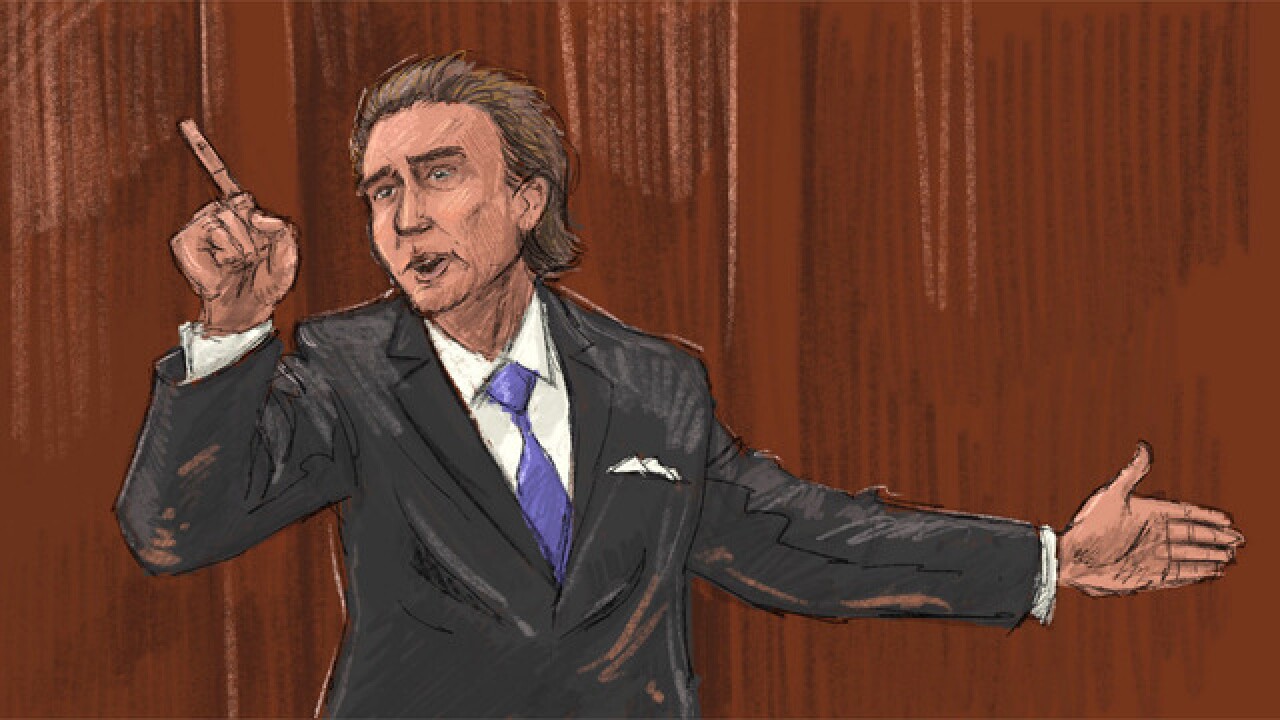 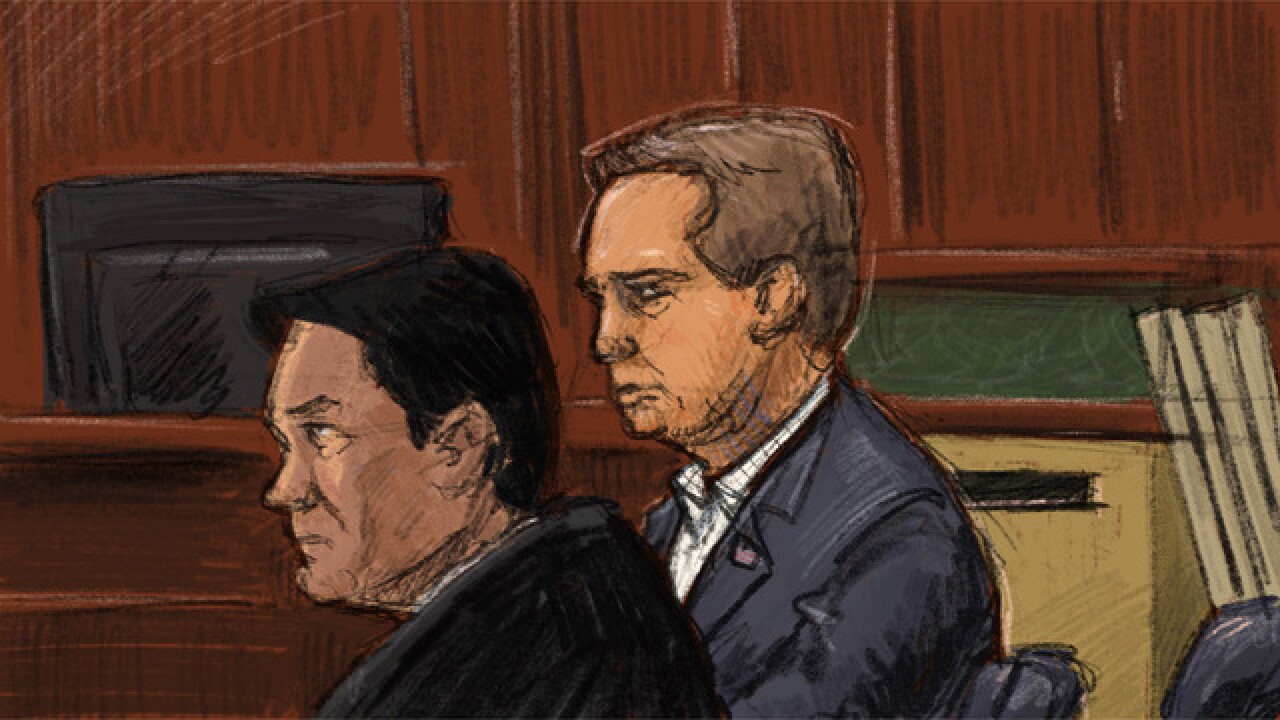 CINCINNATI -- Is Evans Landscaping owner Doug Evans a kind-hearted father figure who tried to help a friend start his own minority business?

Or did Evans lie and cheat, creating a shell company to win more government contracts and boost profits?

Jurors heard these vastly different scenarios over the past three days at Evans’ trial in U.S. District Court as FBI agent Matthew DeBlauw read aloud dozens of emails and text messages that are at the center of the case.

Prosecutors allege that Evans and an IT employee, Korey Jordan, created a new company, Ergon Site Construction, in 2008 to act as a front for Evans to win minority contracts with the state and the city of Cincinnati – 140 city demolition contracts worth nearly $2 million.

Evans is a well-known figure on the city’s East Side and one of Newtown’s biggest landowners. He built a landscaping empire from a humble beginning hauling mulch in a pickup truck as a teenager.

DeBlauw has been on the witness stand for three days, reading aloud from more than 100 emails and text messages.

Dozens of binders containing these documents line the floor of the courtroom and are stacked on shelves near attorneys.

But defense attorney Ben Dusing picked very different documents for DeBlauw to read to the jury on Thursday, including one text message in which Jordan is alleged to have said, “F*** Evans. I hope they do right by me though, or it’s game over for them.”

In other emails, Jordan praised Evans for help in getting the business started, and insisted that he was the owner and controller of Ergon.

“I’d like to thank Doug for everything he has done for me," according to a 2013 email from Jordan that DeBlauw read to the jury. "It helps to have good friends behind you.”

Evans faces trial with Jim Bailey, who is vice president of operations at Evans Landscaping. Both men face the same charges: two counts of conspiracy to commit wire fraud, three counts of wire fraud, and one count of misprision of a felony.

Both Evans and Bailey face up to 103 years in prison if convicted.

“This case is about lying and cheating,” assistant U.S. Attorney Emily Glatfelter told the jury during her opening statement. “The defendants lied and cheated to gain an unfair advantage against their competitors.”

Prosecutors used DeBlauw, who led the investigation, to identify dozens of emails between Evans Landscaping employees and others about how Ergon Site Construction was started and how it operated. They allege that Korey Jordan had no real role at Ergon other than to sign blank checks.

Many of the emails DeBlauw read to the jury describe how Jordan had to get approval from Evans for basic expenses such as a new laptop, gas and his phone bill.

“The asbestos abatement license was issued in Ergon’s name but all the work was actually done by Evans' employees,” Glatfelter said. “Some people who worked on these jobs never knew Korey Jordan. They were hired by Evans and assigned jobs from Jim Bailey.”

DeBlauw told the jury about an email Jordan sent to Evans’ employees, asking to be included in the interview of a prospective Ergon hire, saying it would be “suspicious” if he weren't there.

In several emails, Evans employees, including Bailey, detailed a plan to submit two bids – one from Evans and one from Ergon – to a private company for a job.

DeBlauw read aloud several emails between Evans and Ergon employees who wrote, “we need to tighten up our paper trail,” and “we need to create distance.”

Tony Schweier, who is Evans’ longtime accountant, warned Evans in one email that, “'you are fighting a losing battle trying to win at this MBE (minority business enterprise) game … If this blows up … it has the potential to hurt,' other parts of the business,” DeBlauw testified.

Jordan wrote to Evans that he was “cutting loose” Ergon’s secretary and “she wants some hush money,” DeBlauw testified.

Under cross examination from Dusing, DeBlauw admitted that he had only showed the jury a small portion of the emails the FBI had seized.

He asked DeBlauw to read aloud an email from a city employee stating, “Korey confirmed to me that he did everything from bidding to completion of jobs.”

In a 2013 email to Evans, Jordan wrote: “Thank you for not giving up on me. Your return on me will be bigger than you ever imagined … I didn’t have a father and you have been close to that for me,” DeBlauw testified.

Dusing pointed out that Jordan owed Evans Landscaping more than $500,000.

“Mr. Jordan asked for an opportunity. He was given it, and he completely screwed it up,” Dusing said in his opening statement.

Dusing also suggested that Jordan was defrauding Evans Landscaping on the IT work he performed for the company while he simultaneously ran Ergon.

But U.S. District Judge Michael Barrett would not allow that question to DeBlauw. It will no doubt come up later in the trial when Jordan testifies.

“They are schemers who took deals from the government,” said Candace Crouse, an attorney for Jim Bailey.

She described Bailey as a “blue collar vice president” who assigned workers to jobs everyday, but never looked at Evans Landscaping financials or made big decisions.

“Jim Bailey was used by the schemers,” Crouse said. “Just because you work for a company, doesn’t mean that you are in criminal agreement if other employees do bad things.”

Crouse also said that Jordan and Bailey didn’t get along. She told the jury they would see a text message from Jordan about “bringing Jim down.”