How you can help get him there 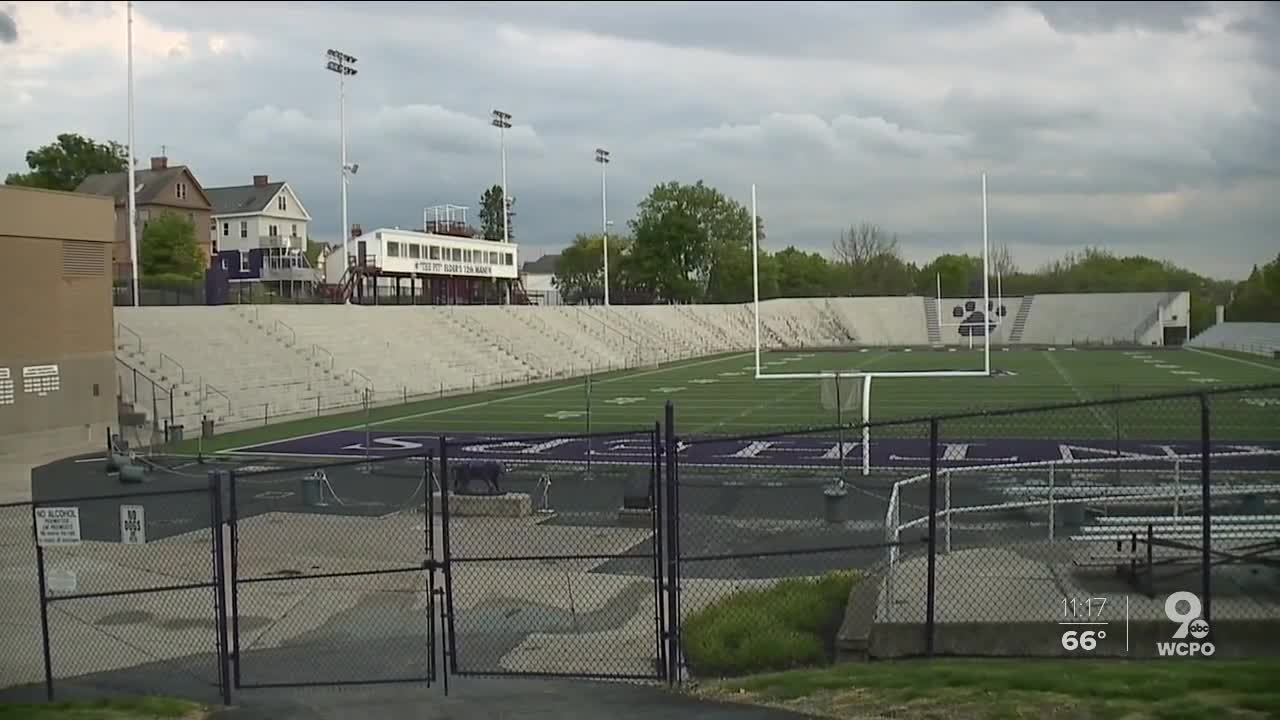 A Tri-State community is rallying to raise money for a man with ALS. Elder grad Pat Emery was diagnosed in February.

CINCINNATI — A Tri-State community is rallying to raise money for a man with ALS. Elder grad Pat Emery was diagnosed in February.

“It was such a shocker,” Emery said. “I knew something was wrong. I was ready for ALS. I wasn’t ready for six to 12 months. You know?”

Now, his bedroom used to be the dining room.

“Just so we could be together,” he said. “To have that togetherness. It was all just for me.”

Now the 1983 Elder grad is tethered to an oxygen tube and in a wheelchair.

“The very first thing I said, ‘Can I get it in purple?’” Emery said.

The disease has left him unable to get around on his own -- so he got a purple wheelchair with purple wheels.

“All I have is these four walls,” Emery said. “Can’t go upstairs, can’t go downstairs. I can go outside. That’s it.”

He said he learned the values of hard work and teamwork at Elder, and it’s the latter that might give him the opportunity to return to the school’s football stadium – the Pit – to watch a football game.

“I want to live life,” Emery said. “I want to live. As much as I can. I’m not saying taking a big elaborate trip. I just want a sense of normalcy.”

Jim Gardner graduated from Elder two years earlier than Emery. The two have been friends for decades.

“We had to step up and do something,” Gardner said. “This can’t happen. We have to have Pat out and about. He can’t be stuck.”

Emery spent the better part of the past two football seasons in and out of the hospital while doctors searched for a diagnosis. In that time Emery had managed to watch Elder games – on his phone.

Now Gardner set up a GoFundMe account to raise money for the family to buy a wheelchair-accessible van.

A team effort to bring Pat back to the Pit.