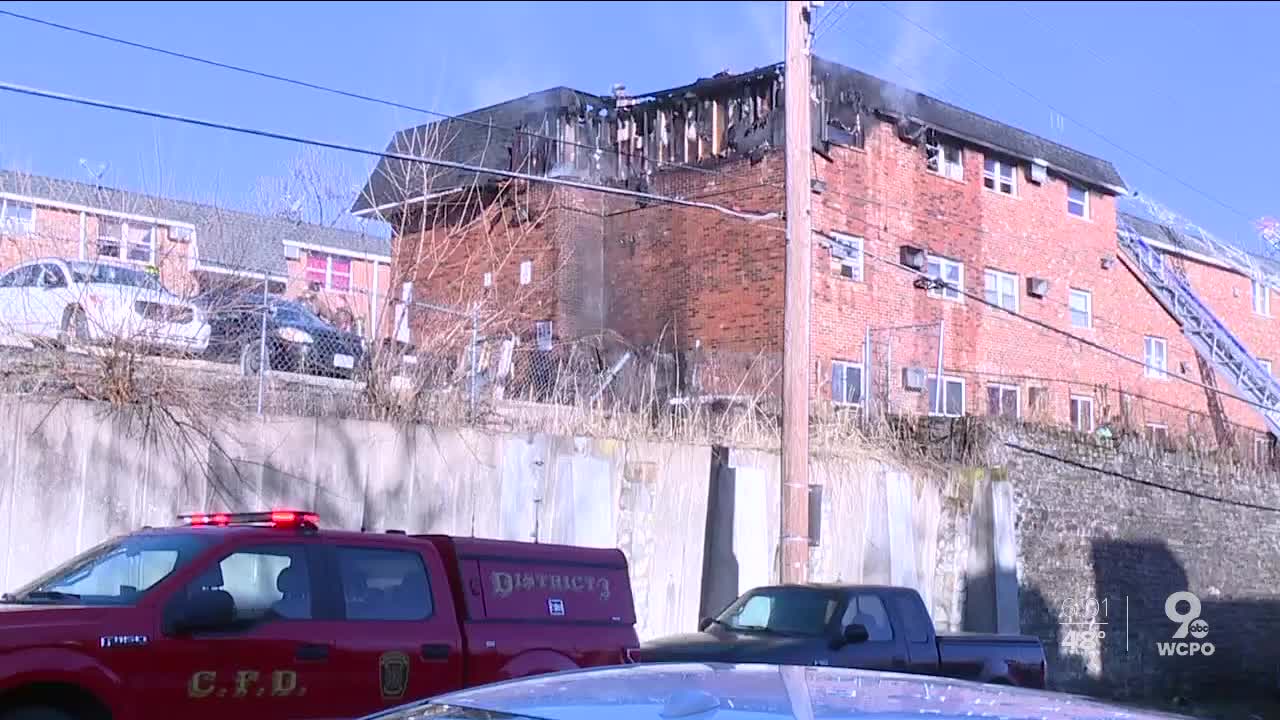 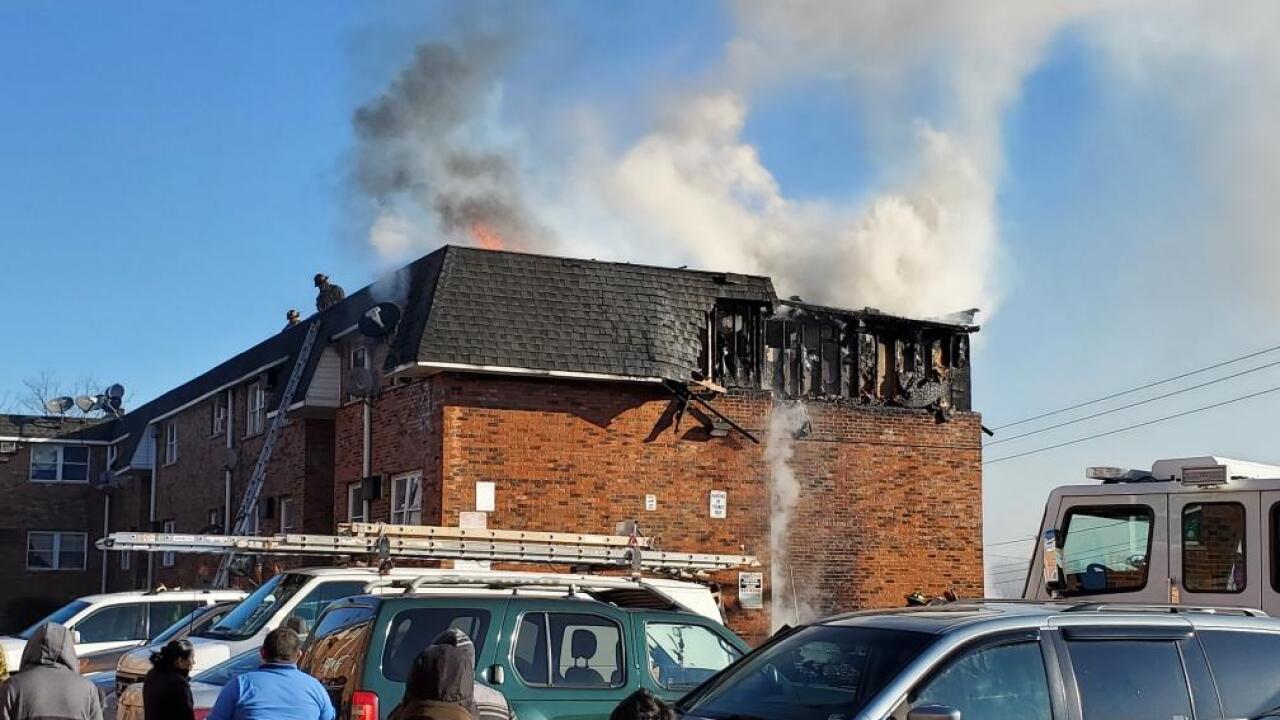 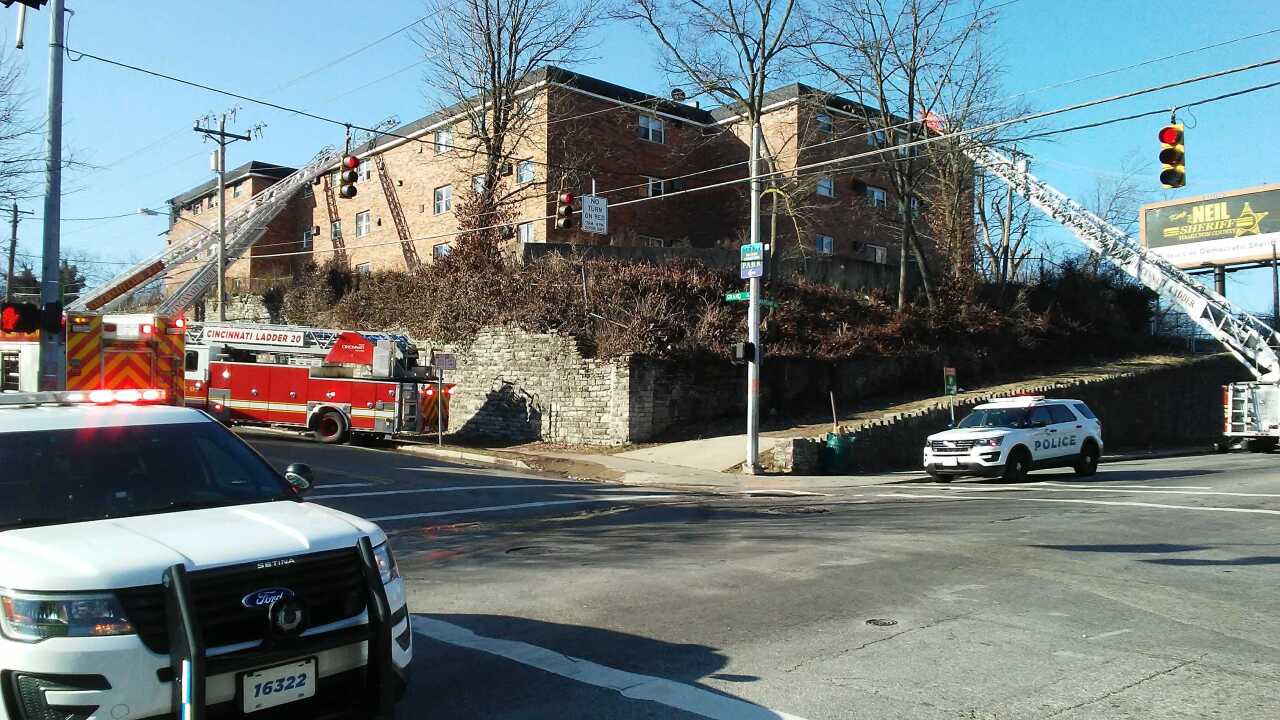 "There's a lot of wood lath," said Roy Winston, Cincinnati Fire Chief. "There's a lot of dry wall that's been built up through the years in that attic space, so it took firefighters more time to get up into the attic due to all that build up over the years."

No injuries have been reported, and a child playing with a lighter may be what caused the fire, according to Winston.

"We're fortunate there were no injuries, whether it be to civilians or to the firefighters," said Winston. "The items can be replaced, I'm sure."

The fire caused around $75,000 worth of damage to the apartment complex, according to officials.

The fire on Warsaw Ave is a 3-Alarm fire, which brings nearly 80 FF's to the scene. No injuries have been reported but we have evacuated numerous occupants from the bldg.

Our FF's are hard at work in Warsaw Ave. No injuries have been reported. pic.twitter.com/HRIP0y6Izt

The @cincydayARC is opening a shelter for those impacted by the fire on Grand Ave. The shelter Location is Price Hill Recreation Center at 959 Hawthorne Ave, Cincinnati, OH 45205. If you need assistance from the Red Cross, please call 513-579-3000 pic.twitter.com/jX0DCCFqJT