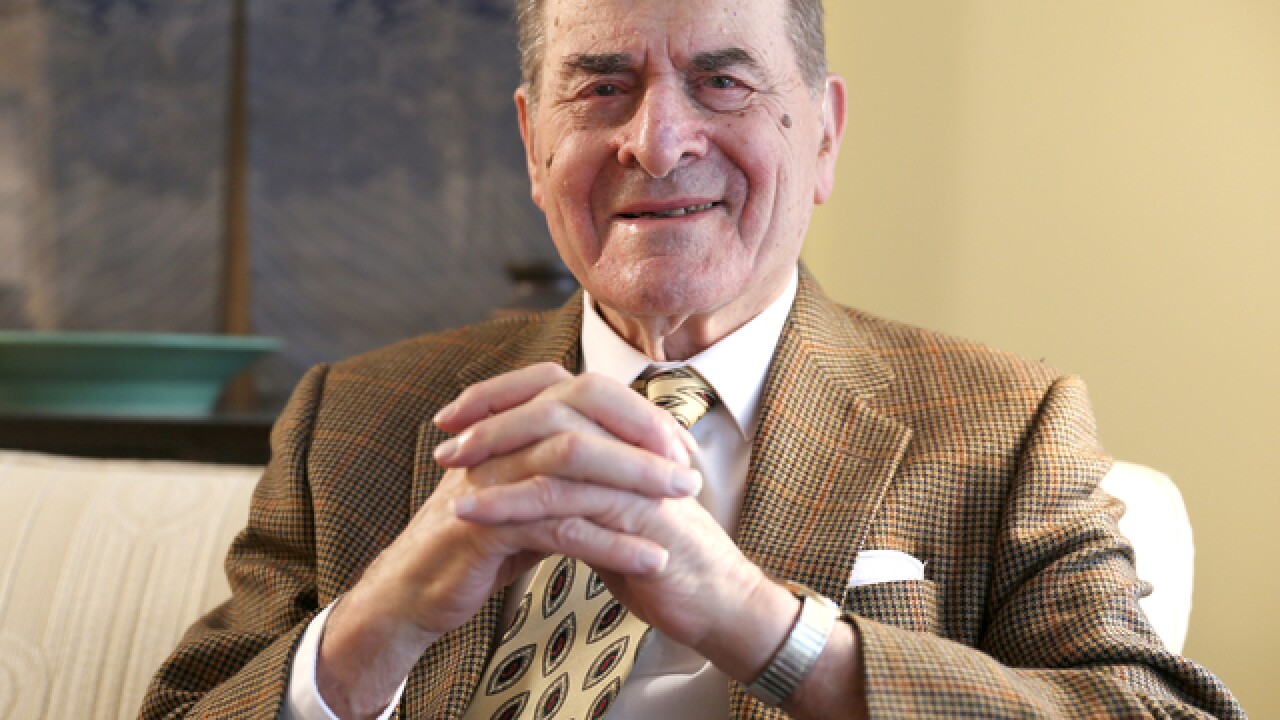 CINCINNATI -- Dr. Henry Heimlich, the famed and controversial inventor of a maneuver credited with saving countless choking victims, died early Saturday. He was 96.

A statement from his family said Heimlich died at Christ Hospital after complications from a massive heart attack suffered Monday in his home at Deupree House in Hyde Park.

The Cincinnati surgeon rose to prominence in the 1970s for his "Heimlich maneuver," a technique of using abdominal thrusts to clear a person's airway. He developed it while working at Cincinnati's Jewish Hospital and estimated it had saved thousands of people over the past 40 years.

It also propelled him to worldwide recognition, earning him several awards and making "Heimlich" a household word.

"My father was a great man who saved many lives," son Phil Heimlich said. "He will be missed not only by his family but by all of humanity."

Even before developing his maneuver, Heimlich had built his life’s work around saving the lives of others. In 1962, years before the maneuver that bears his name, he conceived of the Heimlich Chest Drain Valve, credited with saving scores of lives on the battlefields of the Vietnam War and emergency rooms across the country.

Nearly a decade earlier, in 1955, he gained notoriety with an operation that replaces a patient's severely damaged esophagus or one that has been removed. The procedure crafts part of the stomach into a new organ.

But Heimlich's career also was dogged by criticism, including questions whether he deserved all the credit for his anti-choking technique. The late Dr. Edward Patrick, an associate of Heimlich’s who died in 2009, claimed for years that he was co-inventor of the maneuver.

In fact, he issued a new release in 2003 after a reporter approached him and asked whether he -- not Heimlich -- had invented it.

Heimlich controversially insisted lifeguards should use his maneuver on drowning victims before trying to blow air into their lungs -- a position he said he took because he heard from so many people that it saved lives.

But the American Heart Association studied the use of the Heimlich maneuver for drowning in the 1990s and dismissed the idea.

He also argued malariotherapy -- the practice of injecting patients with a curable form of malaria -- should be researched as a possible treatment for AIDS and other diseases.

A World Health Organization report called Heimlich-backed experiments in the late 1990s that infected AIDS patients in China with malaria one of the "atrocities" committed by doctors in recent memory.

"Dad was firm in his convictions and passionate for his causes," the statement announcing his death said. "He didn’t play politics well. Instead, he was single-minded in his quest to find better ways to save lives. Dad dreamed that anything was possible in the field of medicine, even when critics said otherwise."

Earlier this year, just a few days before National Heimlich Maneuver Day, he said he'd finally used it for the first time; however, that contradicted his statements to the BBC in 2003 that he'd performed it three years earlier, in 2000.

Henry Heimlich was born Feb. 3, 1920 in Wilmington, Delaware. His father, Philip Heimlich, was a beloved and celebrated social worker who helped prisoners and young delinquents turn around their lives. His mother, Mary, helped raise her five younger brothers and sisters after her own mother died when she was a teenager.

He graduated from high school in New York and was drum major for Cornell University’s Big Red Marching Band as an undergraduate. He graduated from what is now known as Weill Cornell Medical College in 1943 with a degree in medicine. He later completed a residency in thoracic -- or chest -- surgery.

In addition to their son Phil, the Heimlichs are survived by three other children: Peter, Janet and Elisabeth. Peter Heimlich has been an outspoken critic of his father, dedicating a website to uncovering what he calls "the Heimlich medical frauds."

Phil Heimlich said a private family service and burial is planned soon. The family hopes to arrange a public memorial, he added, that will give his father's friends and admirers a chance to pay their respects.

WCPO.com's Lucy May and Lisa Cornwell of the Associated Press contributed to this report.