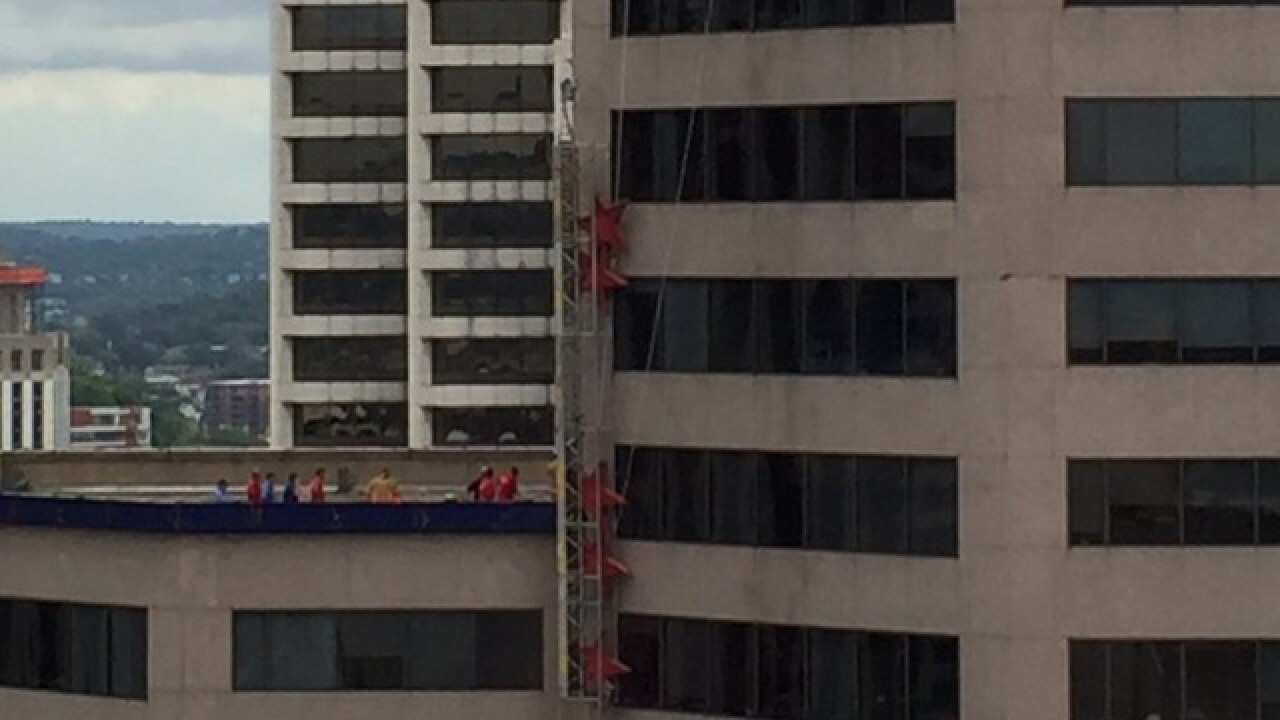 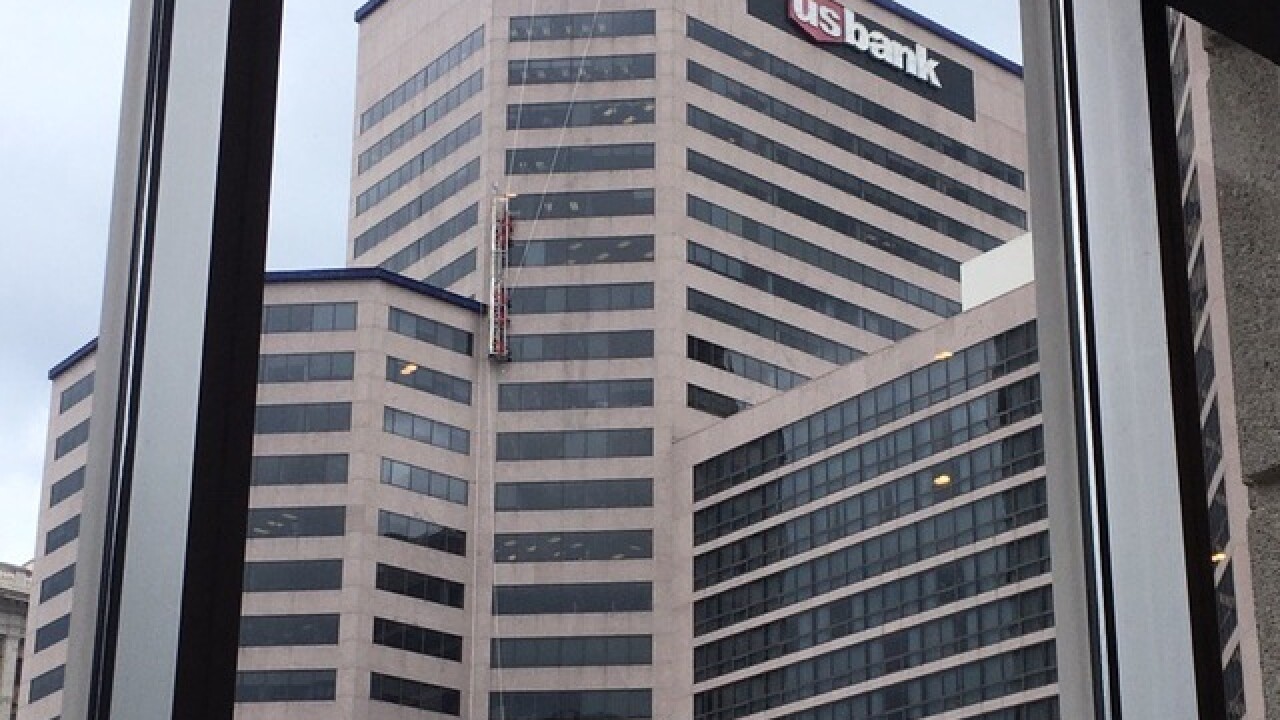 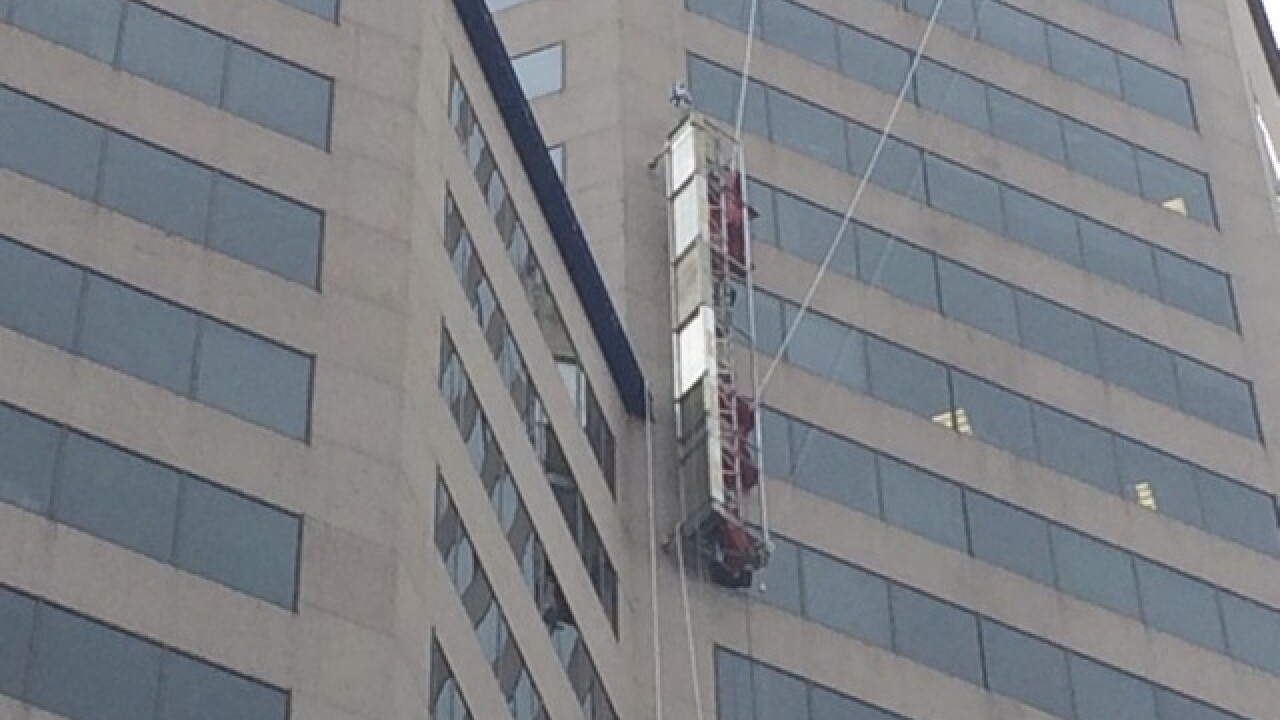 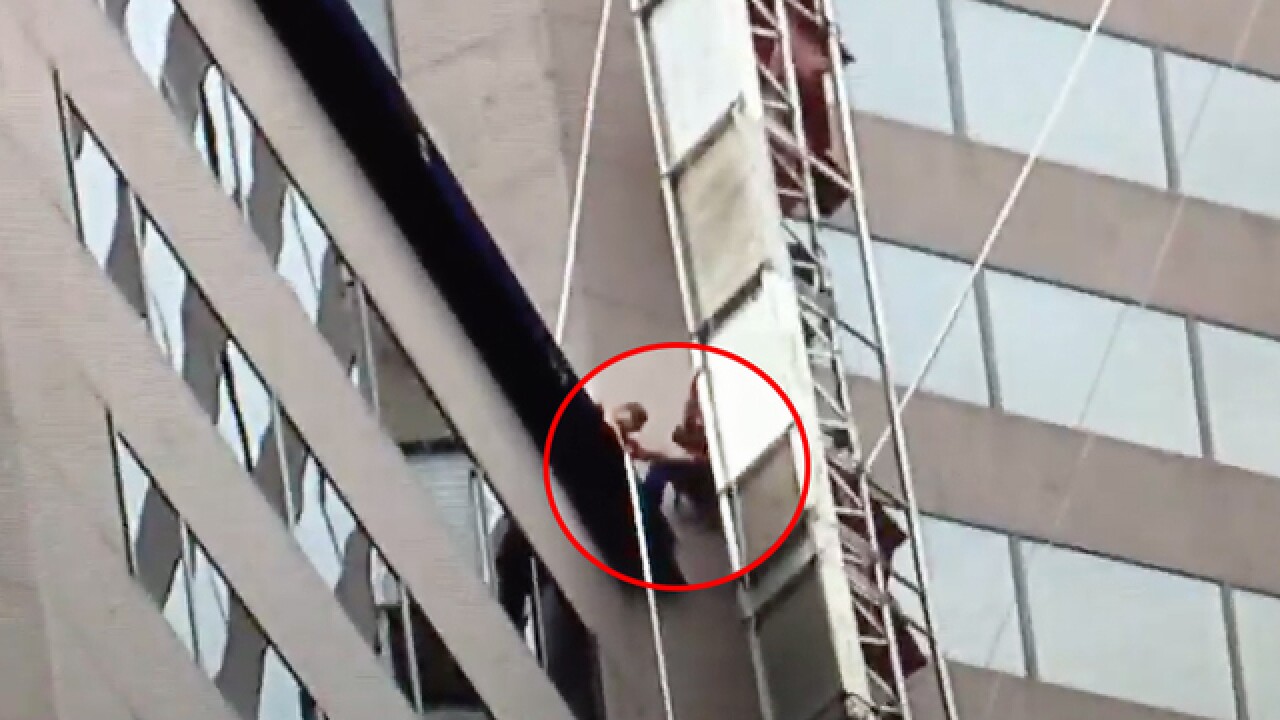 CINCINNATI -- A platform suspended from Cincinnati's U.S. Bank Tower collapsed Tuesday, sending two workers scrambling onto a nearby rooftop and creating a lunchtime spectacle in the heart of Downtown.

Cincinnati Fire Department personnel secured the piece of equipment after it was left dangling sideways off the 27-story, 365-foot building. Workers eventually pulled it onto a lower-level roof.

U.S. Bank Tower is adjacent and connected to the Westin Hotel across from Fountain Square. The platform hung above the building's large, glass-covered atrium that houses Ingredients, a lunch restaurant popular with Downtown workers.

"It got real windy, then I heard some scraping noises, then I noticed everybody was looking up at the building over here," witness Bill Budge said.

CPD telling people to get back just in case the scaffolding falls. @WCPO pic.twitter.com/kZx3nCYFLs

Lt. Steve Saunders, Cincinnati police spokesman, said two people got themselves off the platform to safety. Video shows them climbing onto the lower-level rooftop:

Cincinnati Fire Department spokeswoman Cathy Ritter said no one was left on the unit as fire crews worked to keep it from falling.

The suspended scaffolding is similar to the type used by window washers, but it appeared the crew may have been working on the building's signage.

Fifth Street was blocked near Fountain Square, between Vine and Walnut streets, for about three hours. Fire officials told passersby to stay clear in case the platform fell.

Inspectors with the Occupational Safety and Health Administration were headed to the scene Tuesday afternoon, an agency spokesman said.

In May 2013, an OHSA inspector discovered a hazard that could lead to a fall on other equipment owned by American Scaffolding, Inc. The company corrected the problem soon after the inspection and was not cited.