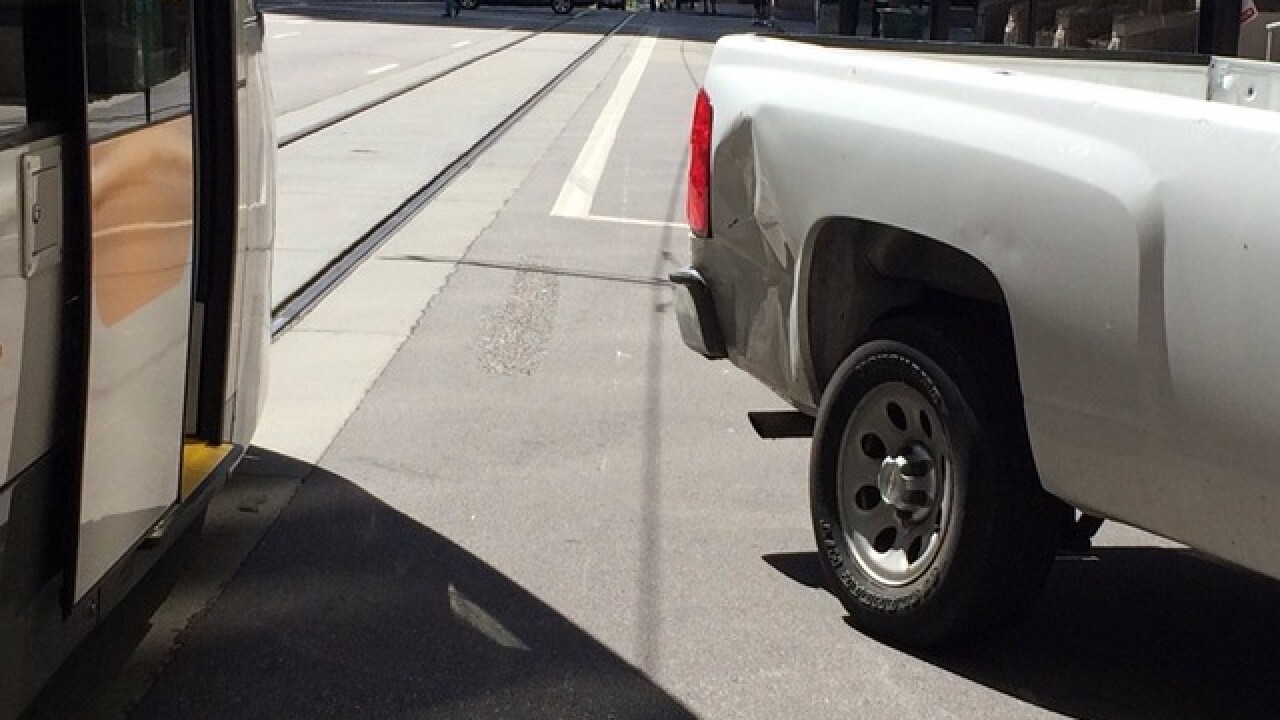 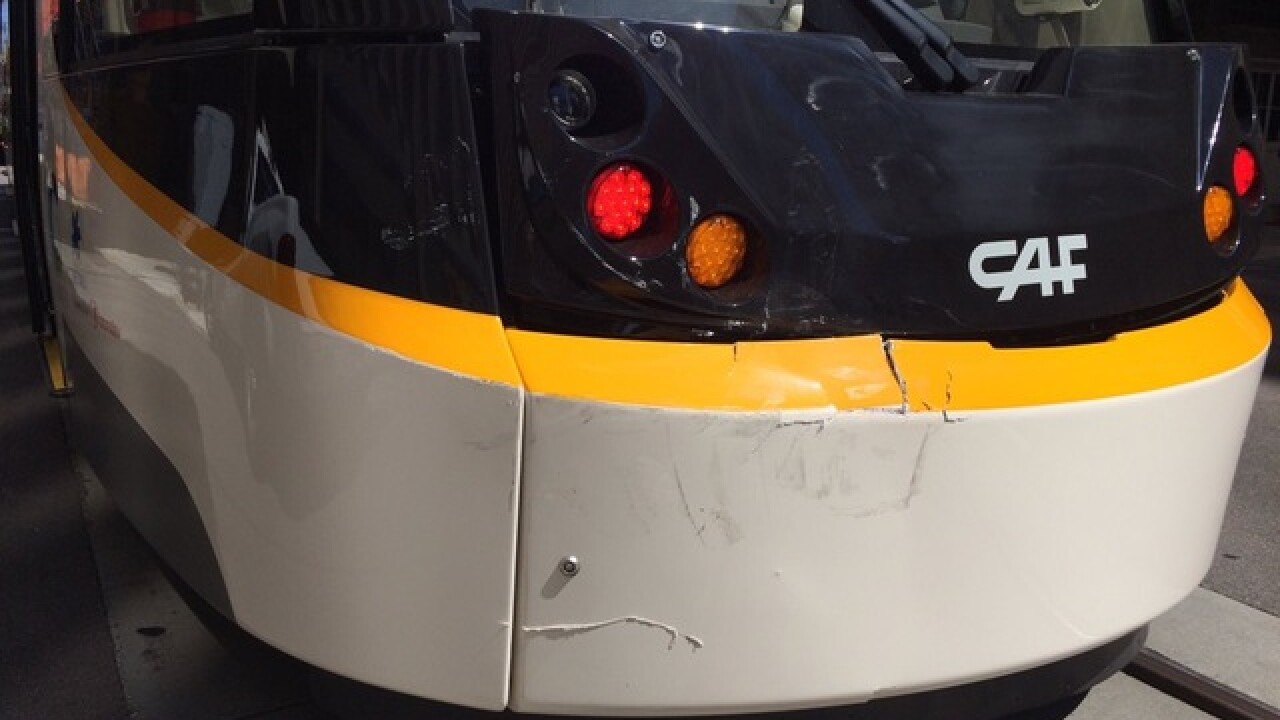 The pickup's driver tried turning right into a parking garage on Walnut Street near Fifth Street when the streetcar hit the truck, according to Cincinnati police.

No one was injured, and both vehicles could be driven from the scene, Southwest Ohio Regional Transit Authority spokeswoman Sallie Hilvers said.

The driver of the streetcar was cited in this incident, according to city officials.

RELATED: How do you fix a broken streetcar?
QUIZ: Know how to share the road with a streetcar?

Police said they would review surveillance footage to determine who was at fault.

It's the second collision involving a streetcar -- recently rebranded as the Cincinnati Bell Connector -- in less than a week: On Monday, a streetcar and car collided at Third and Main streets. Witnesses said the streetcar had the green light in that collision. Officials said a car turned right on red before colliding with the streetcar -- and a traffic sign near the crash site stated "no turn on red."

The streetcar has been in testing now for several months, and there have been a few incidents where there were "minor brushes," Hilvers said Monday.

ALSO: How do you fix a broken streetcar?