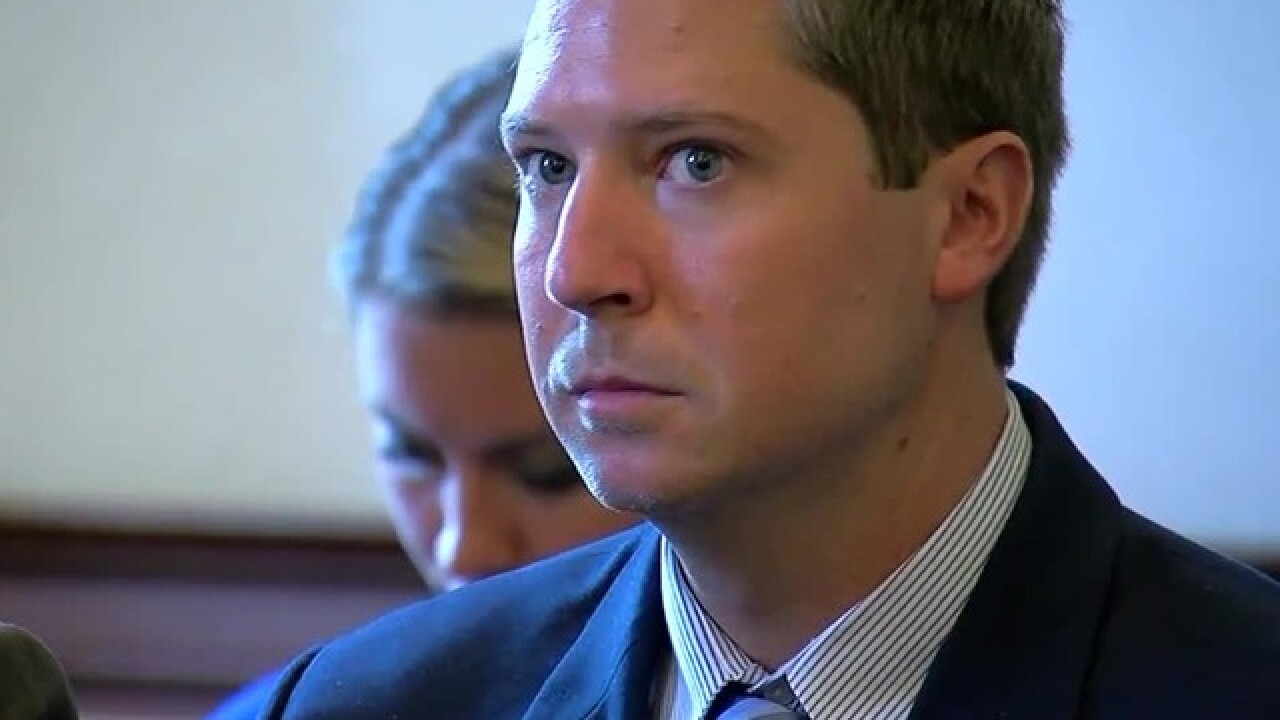 Watch the courtroom proceedings in the video player above.

Ghiz granted a dismissal of the charges with prejudice, which means the state of Ohio cannot levy the same charges against Tensing a third time. Ghiz also said she would release jury questions that she had sealed during the second trial.

But the judge refused when Tensing's attorney, Stew Mathews, asked her to formally absolve Tensing for shooting and killing motorist Samuel DuBose at a traffic stop in July 2015.

Ghiz: "Mr. Mathews, based on the nolle filing, I'm going to dismiss your motion as moot at this time.  Is that all right with counsel or do you have an argument that you want to make?"

Mathews: "Judge, obviously two different juries did not think the evidence was proven beyond a reasonable doubt.  You, as the final arbiter in this matter, have the ability to give finality to this case, at least in the state system. Apparently the DuBose family and many members of the community want finality.  Acquittal is finality and dismissal is not finality in the fact that there's no prejudice as far as I know.   The charges could always be rebrought.

"For that matter, it would be beneficial to Ray Tensing to be resolved by the court."

Ghiz: "The defendant's written judgment for acquittal is denied. However, the entry of dismissal on the indictment is granted at this time with prejudice.  So, that means they are no longer to be able to be brought by the state at this time."

Prosecutor Joe Deters said last week that he would not try Tensing a third time  DuBose did not have a gun. Two separate juries were unable to reach a unanimous verdict to convict Tensing on charges of murder and voluntary manslaughter. Mistrials were declared last Nov. 12 and again on June 23.

Tensing said nothing as he left court Monday, but his attorney, Stew Mathews, said Tensing is concerned that the U.S. Attorney has announced a federal investigation to determine whether Tensing violated DuBose's civil rights.

"He's relieved, I think, to some extent. But again, the Department of Justice investigation allegedly is out there and until that is resolved he's still concerned," Mathews said.

Tensing is aware of a Monday night march across the Purple People Bridge to back him, but Tensing will not attend, Mathews said. Speaking for himself, Mathews said he would just as soon put everything behind them.

“I think it's great that there are supporters of Ray. We are not a part of that. We had nothing to do with organizing that,” Mathews said. “I guess if I had my druthers, we'd just be done with it right now in this courtroom and that would be the end of it.”

The group "Support Ray Tensing will meet for a prayer walk and vigil starting 6 p.m. at Sawyer Point. Attendees will walk over the Purple People Bridge, according to the event's Facebook page. The Tensing event page also says T-shirts will be available for sale "to support Tensing."

"Support Ray Tensing" was started by a Hamilton woman, Lacy Robinson. Robinson began by creating a Change.org petition asking Deters to drop the case. After Deters decided ahainst a third trial, the petition was converted to request no civil rights charges brought against Tensing by the Justice Department. The petition has nearly 6,000 signatures.

"Please sign in order to stand up for our law enforcement officers & for JUSTICE! All lives matter," the petition says. "This was not about race. The judicial system has worked, now THREE times in this case, as the decision was made to not retry the innocent police officer."

All rallies and marches have been peaceful with no arrests.