Despite record-breaking heat, Fountain Square's ice rink slated to open in one month 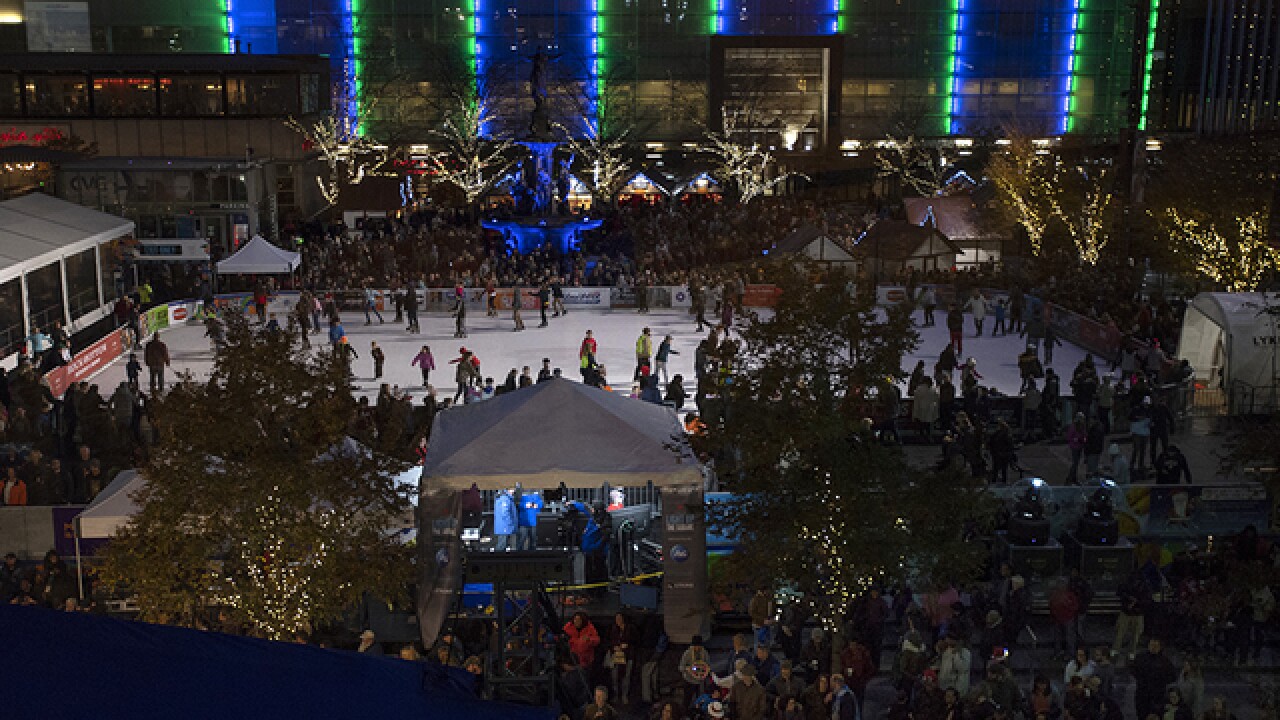 Copyright 2018 Scripps Media, Inc. All rights reserved. This material may not be published, broadcast, rewritten, or redistributed.
The annual Macy’s Light Up the Square celebration kicked off the holiday season at Fountain Square on Friday November 23, 2018. People enjoyed ice-skating on Fountain Square. Photo by Joseph Fuqua II for WCPO

CINCINNATI — Despite temperatures that are breaking records and keeping the Queen City sweltering under 90-degree weather, Fountain Square plans to open its downtown ice skating rink in exactly one month.

According to the Fountain Square calendar of events, the rink will open at noon one month from now, on Friday, November 1.

This seems pretty hard to believe when Cincinnati has witnessed record-breaking heat so far, with the high temperature for Oct. 1 set to hit nearly 95 degrees.

The rink has opened at the end of October in previous years, kicking off the season with Halloween festivities -- that doesn't seem to be the case this year. It's unclear whether the sweltering heat hovering over Cincinnati officially has anything to do with the delayed open time.

Still, during a week when the very thought of going outside can make a person start sweating, it is nice to dream about that ice rink.