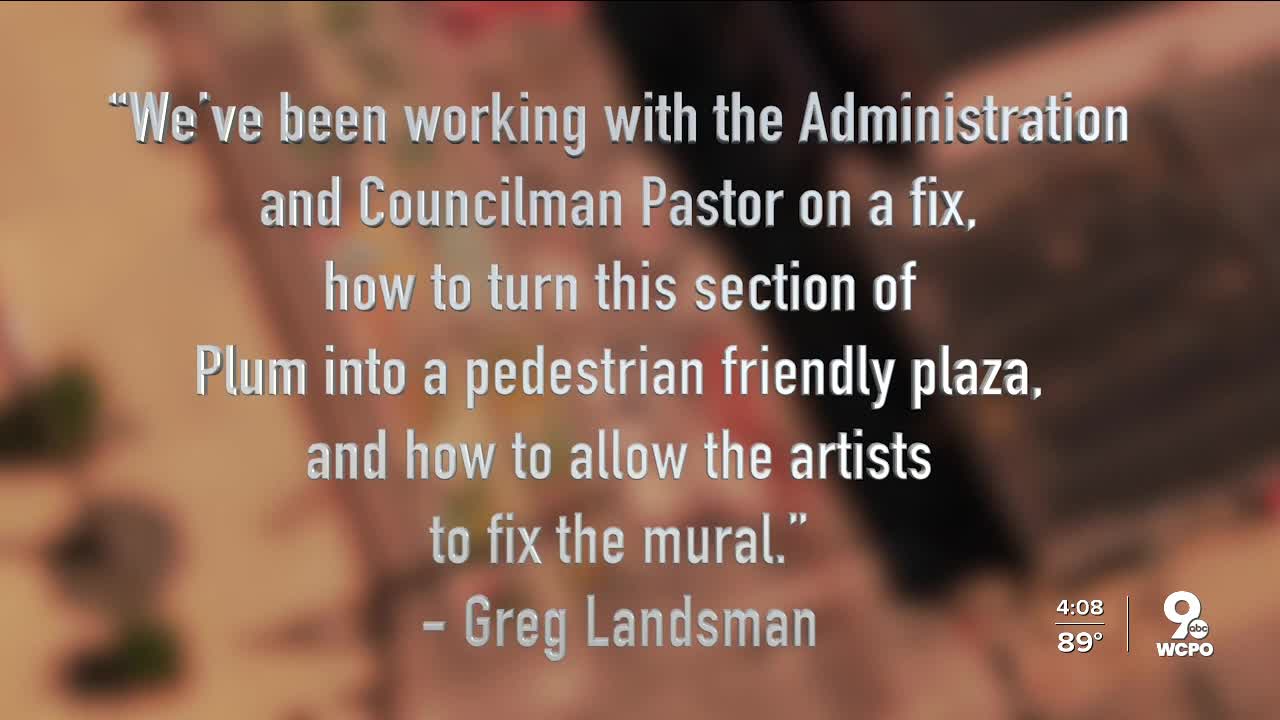 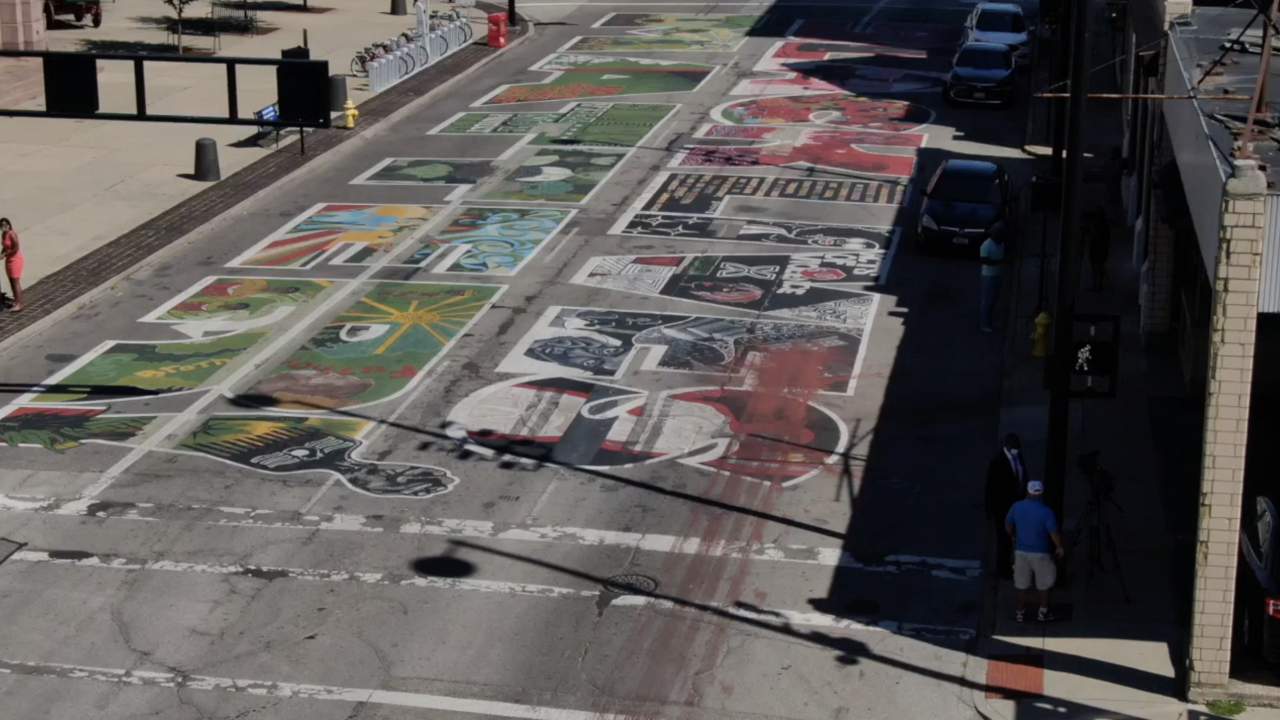 CINCINNATI — Police are still searching for the suspect caught on video dumping red paint onto the Black Lives Matter mural on Plum Street early Sunday morning. In the meantime, local artists involved and city officials are working to restore the mural and examine ways to protect it moving forward.

"If you walked into the Cincinnati Art Museum with a spray can and you spray painted on a Picasso, what would happen?" said Michael Coppage, a local artist who painted the "L" in the mural. "What kind of consequences would there be?"

A spokesperson with the City of Cincinnati said they are examining the damage and will repair it in collaboration with the local Urban League and the local artists involved.

Cincinnati Police said city surveillance video shows a man throwing a bucket of red paint over the letters "E" and "S" from the word "LIVES" in the early morning hours on Sunday. They are still searching for the suspect.

Similar reports of Black Lives Matter murals being vandalized have been reported recently in other areas, like New York.

"We expected something like this was possible, but we didn't expect it to happen so soon," said Coppage. "We thought that we could have protected it by now creating this pedestrian plaza and clear-coating the mural so that if this kind of thing happens we could just come and spray it down, but we just aren't moving fast enough."

City officials have discussed keeping Plum Street closed to traffic and creating a pedestrian-only plaza along the stretch where the mural is painted, but it's unclear when, or if, that will officially happen.

"We've been working with the administration and Councilman Pastor on a fix, how to turn this section of Plum into a pedestrian-friendly plaza, and how to allow the artists to fix the mural," a statement from city council member Greg Landsman reads.

Peter Clement, a nearby resident, said the mural was an important and moving experience for Black community members in the area. He was there the day after the mural was fully completed.

"Seeing tears in the eyes of Black folks, it was just an incredible, moving experience for them, for me," said Clement.

Artists involved in the creation of the mural said they are not planning to do any repairs immediately, until they know for sure the city will do something to prevent more incidents like this from happening in the future. Coppage said he thinks the vandal acted in protest, out of disagreement with the Black Lives Matter movement, and he hopes this will help speed up the city's plan to protect and preserve the artwork.

"I hope that this incident is gas on the fire," said Coppage. "I hope this helps come to a more decisive action, a faster decision."