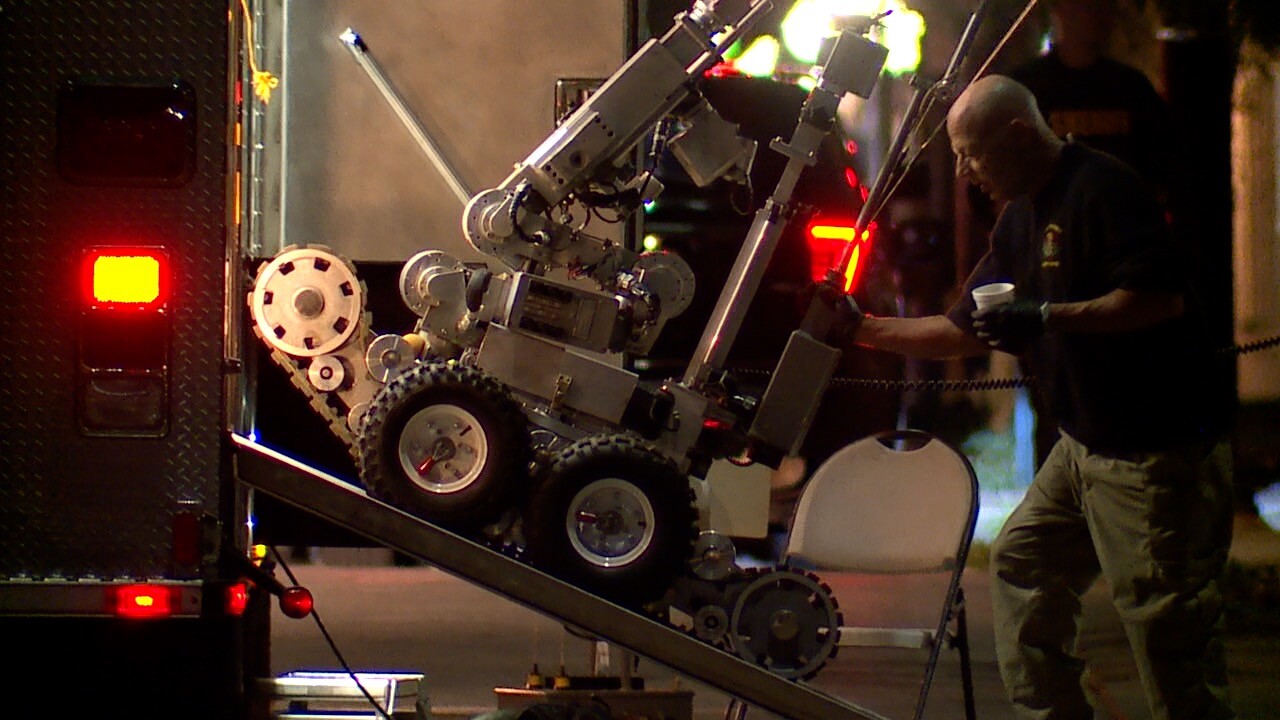 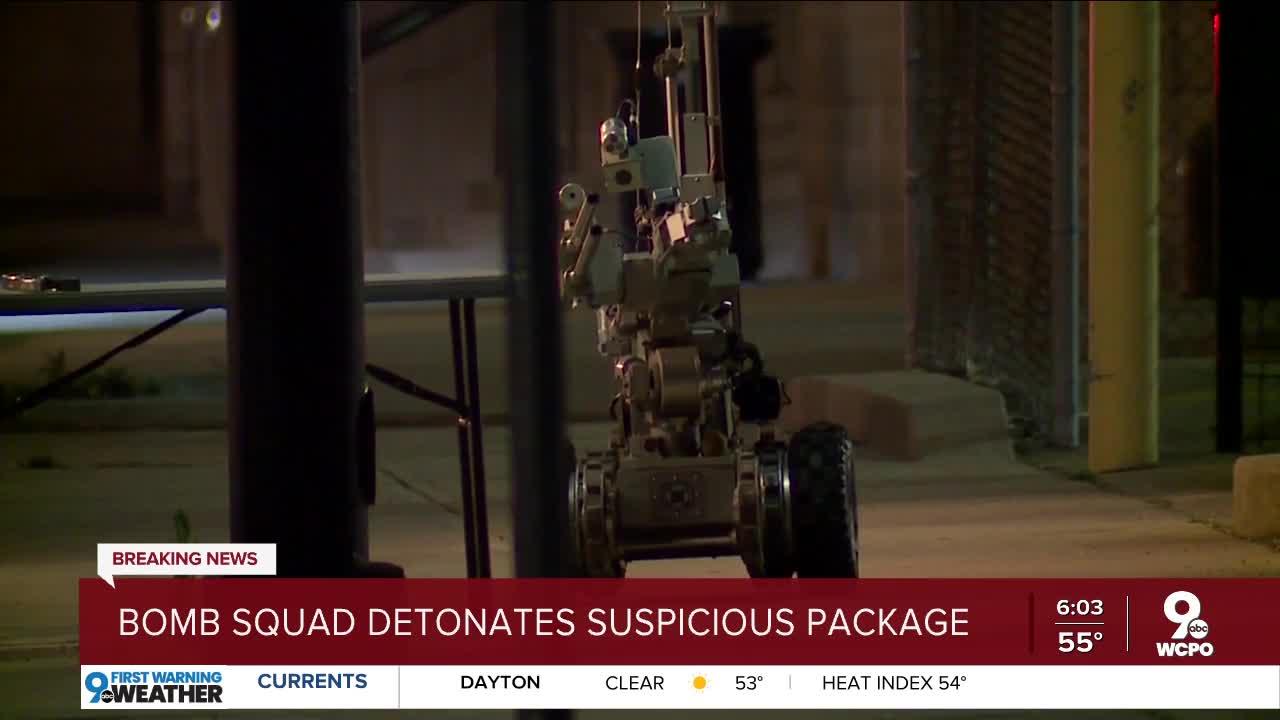 CINCINNATI — The bomb squad was called and roads were closed around the Hamilton County Justice Center after a person threw a suspicious package at the building Sunday night, according to officials.

The Hamilton County Sheriff's Department said around 11:45 p.m. a person threw a package over a wall and into the sally-port of the Justice Center.

Once on scene, the HDU X-rayed the package before using a robot to detonate the package around 2:30 a.m. Monday.

SOUND: Hamilton County Bomb Squad detonate a suspicious package that was thrown over the wall of the sally-port at the Hamilton County Justice Center downtown. Detonation occurred around 2:30am, no one was hurt. @WCPO pic.twitter.com/l9kji3NJ2x

No one was injured or at risk during the incident, according to the sheriff's department.

The incident is still under investigation by the sheriff's department.