PD: Impairment may be a factor in Downtown crash that killed one, injured 5 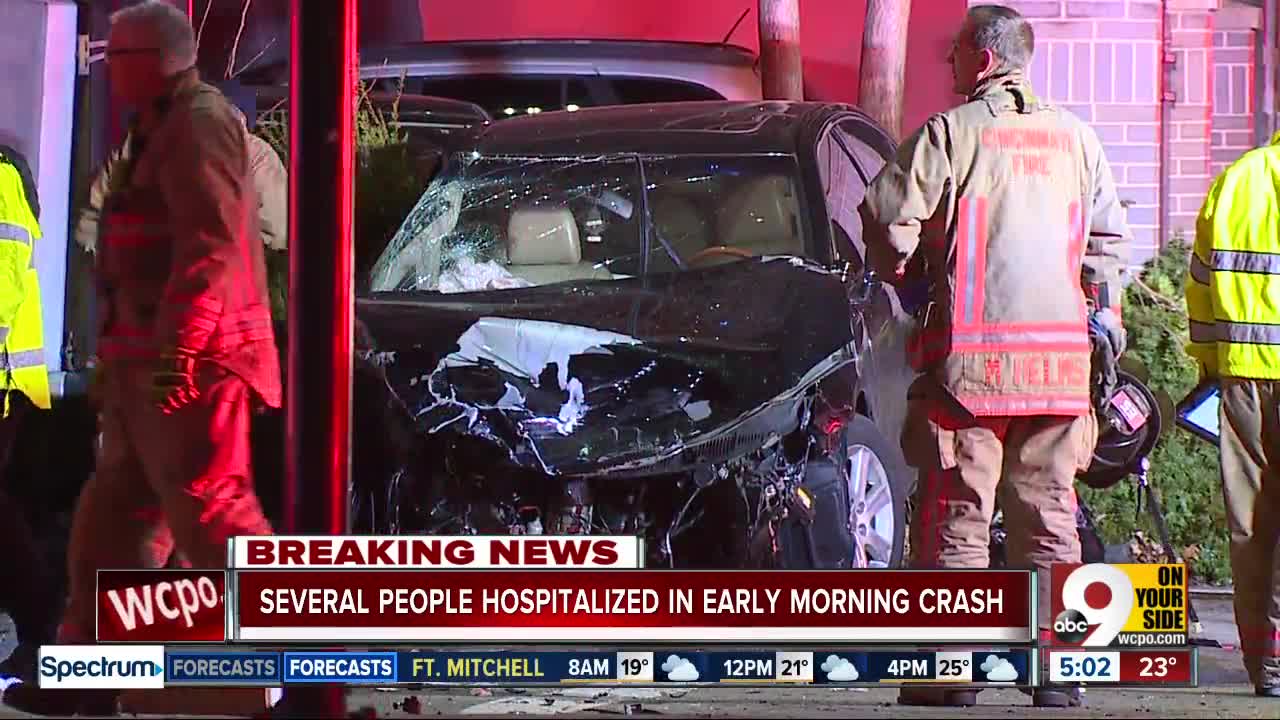 CINCINNATI — One person has died and five people were hospitalized after an early Sunday morning crash on East Central Parkway and Vine Street, Cincinnati police confirmed.

Police a 2015 Dodge Charger with three passengers hit another vehicle when the driver ran through a red light at the intersection of Central Parkway and Vine Street.

The Charger struck a 2009 Lexus ES350 with three people inside, police said.

Demaria Hood, a front-seat passenger inside the Lexus, was ejected from the vehicle and was critically injured. The 24-year-old was transported to UC Medical Center, where she later died of her injuries.

Cincinnati traffic officers said they believe alcohol or drug impairment may have been a factor in the crash.

Police have since reopened Central Parkway between Race and Walnut. Any witnesses to the crash are asked to call the Cincinnati Police Traffic Unit at (513) 352-2514.