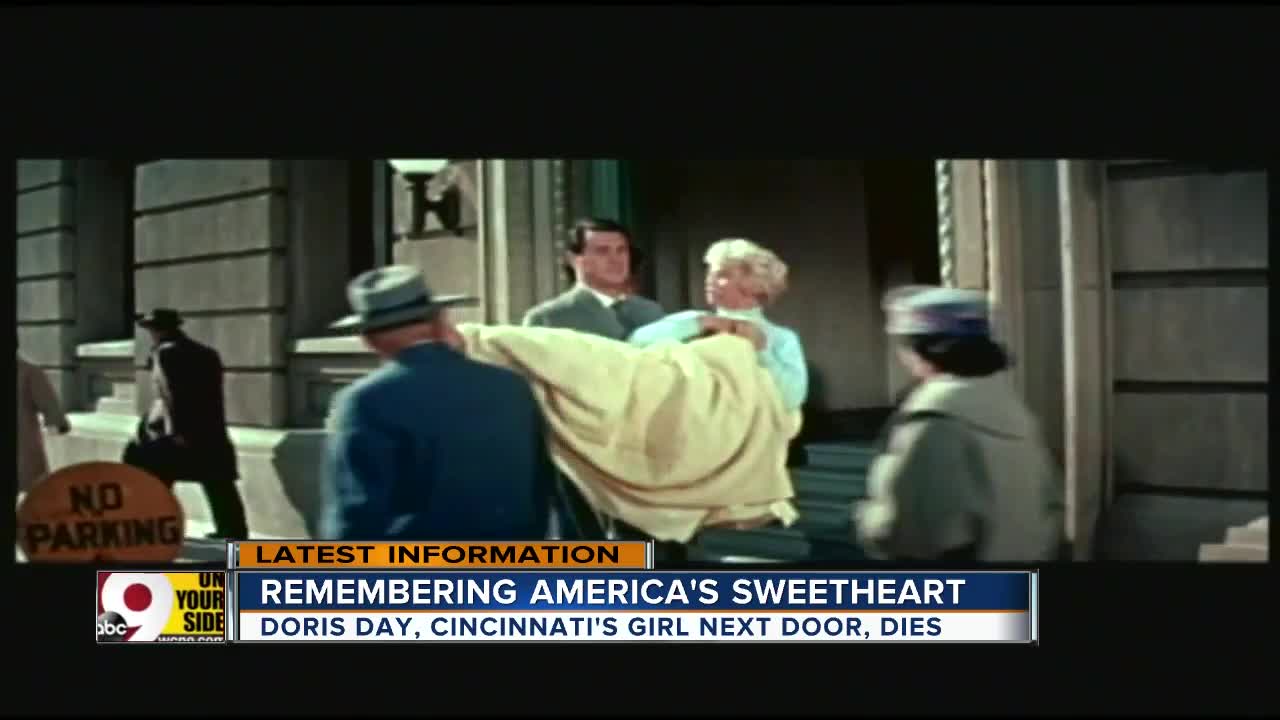 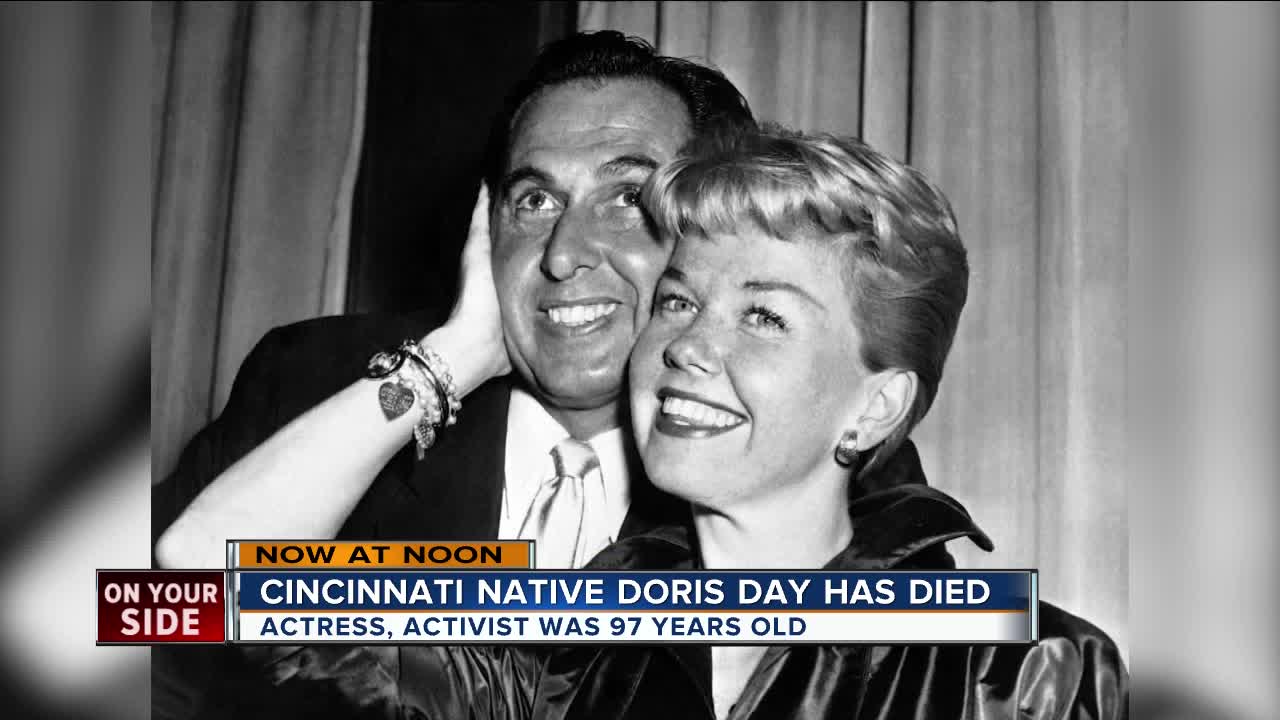 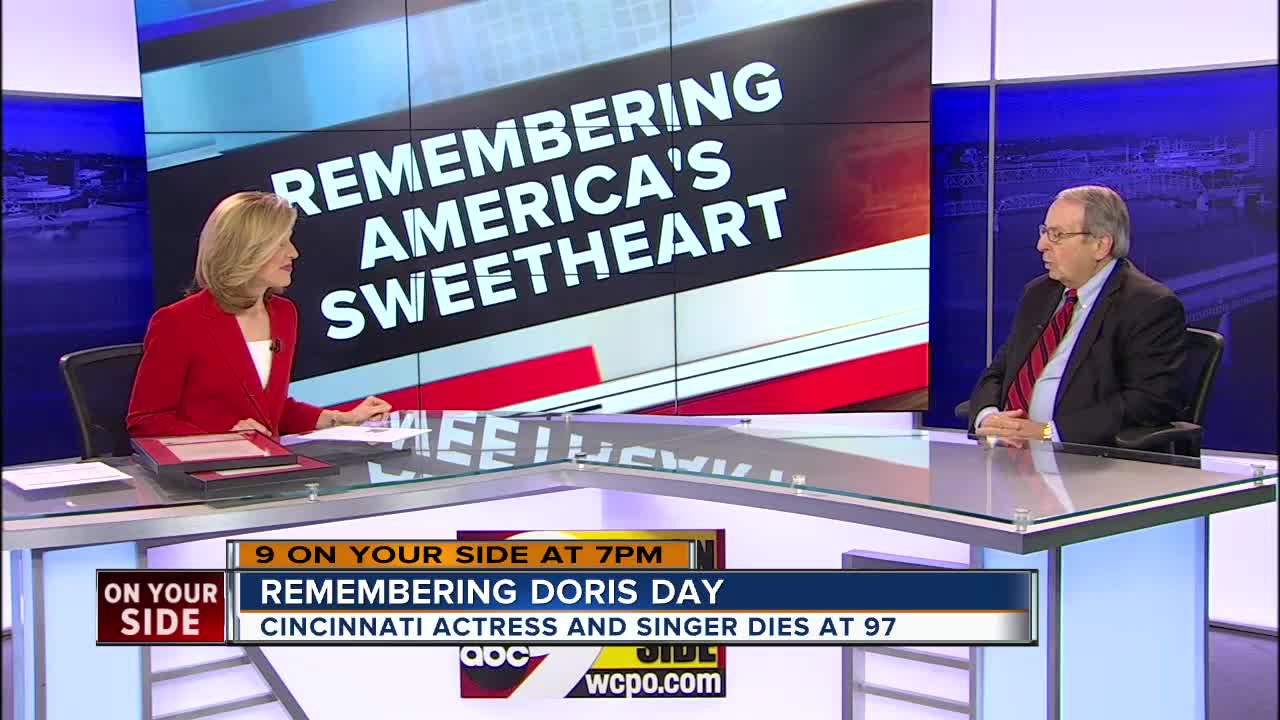 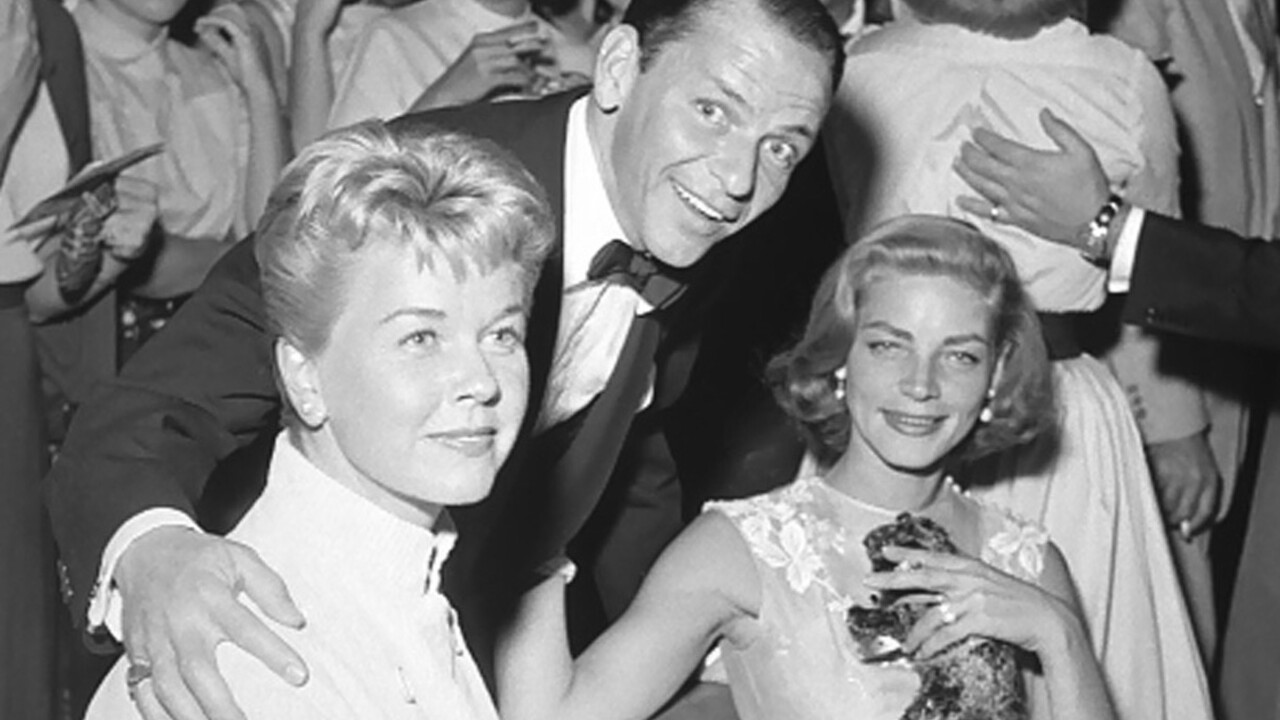 Though her career turned her into a famed band singer and screen actress as Doris Day, the girl next door named Doris Mary Ann Kappelhoff never forgot her Tri-State roots. She died Monday at the age of 97, her foundation said.

Doris Mary Ann Kappelhoff dreamed of a normal life — someday to be happily married, raising children, cooking for her family and cleaning a big Victorian house not far from her family's home near the corner of Greenlawn and Jonathan streets in Evanston.

RELATED: Doris Day had 'many beautiful memories' of Cincinnati

Instead, life gave her fame, riches and admiration she could not have imagined as a little girl that helped her immigrant grandparents make pretzels in their neighborhood bakery. It also gave her a new name — Doris Day.

“My roots in Cincinnati go very deep,” she wrote in her 1975 autobiography. “I didn't leave there wanting to escape to someplace better. I only left because the tide of events washed me away."

Life also brought her pain and heartbreak. She witnessed her father cheating on her mother. A terrible train-car accident destroyed her plans to dance professionally. Her first husband beat her, her second marriage ended in disappointment, and her third husband left her financially ruined. Her older brother and her only child died too soon.

In spite of it all, her sunny public persona remained unblemished, said veteran Cincinnati broadcaster Nick Clooney: “She had the ability to continue to project that all-American girl when her own house was falling down around her.”

Despite her personal life’s hardships, her fans were eternally enthralled by her buoyant energy, her movie-star looks, her ease before cameras and her voice — a dulcet instrument that could sound as intimate as a kiss.

Local musicians credit Day with influence far beyond her technique.

“She was a natural singer, completely authentic,” said Pamela Myers, a Broadway veteran and Tri-State native. “She is one of my favorites on every level.”

Nancy James, who started her career singing on “The Bob Braun Show,” grew up looking at Day as a role model. “She was what you aspired to be: the girl next door, natural, not affected. She had such a natural beauty.”

Clooney said his sister Rosemary, another '50s singing star, disapproved when Day gave up music in the mid-1960s: “She said Doris was cheating her profession and her audience.”

Years later, he said, Day told him, “I just don't want to be where I'm not doing my best.”

Doris was an energetic kid, by her own description a tomboy. She took acrobatics and dance classes and by 13 was good enough to win a scholarship to a Hollywood dance academy. Just before she left, an accident caused leg injuries that left her on crutches for a year and a half. Her devotion to animal welfare was ignited during that recuperation, when her unleashed dog was hit by a car.

While convalescing, she started to sing, absorbing lessons from such radio stars as Ella Fitzgerald. Vocal coach Gloria Raine, who worked with WLW-AM, taught her professional skills. A brief stint singing at a Chinese restaurant downtown eventually led to a job with local band leader Barney Rapp after his wife, Ruby Wright, retired to raise their children. (Their daughters, Susie and Patty, still live in Cincinnati with their families.)

Rapp's son-in-law Herb Reisenfeld said Rapp, who had also discovered the Clooney sisters, suggested she rename herself “Doris Day” because Doris Kappelhoff would not look good on a marquee.

She left to work for Bob Crosby's band, then Les Brown's, before she quit to return to Cincinnati to marry trombonist Al Jorden, whom she met while working for Rapp. They had a son, Terry, but the marriage ended quickly because of Jorden's violent abuse.

She resumed singing, which entailed long stretches on the road and out of town, while her mother cared for her little boy. He told A.E. Hotchner, the writer who collaborated on “Doris Day: Her Own Story,” that he had no real memory of his mother until he went to live with her in Los Angeles when he was 7.

Beer and brats with fans

Her movie career began unexpectedly when Warner Bros. signed her to star in a musical, “Romance on the High Seas.” After auditioning for the role, she was so sure she would not be hired that she bought a ticket back to Cincinnati to see Terry. The ticket went unused.

For two decades she worked nonstop, making nearly two movies every year. By 1951, Photoplay Magazine named her the most popular female star in the country.

She made one memorable visit back home in 1956, to celebrate what the governor had declared as “Doris Day Week” and to promote a new movie. Her estranged father — whom she remembered as a cold, judgmental and bigoted figure — showed up and invited her to visit a German bar and grill he had opened in a black neighborhood. There, she learned he was engaged to marry his black bar manager, Luwenia Williams Bennett.

The neighborhood turned out in force, and the star spent the evening eating bratwurst and drinking beer with the fans. “It was as if the man I knew had died and been reincarnated.” she wrote in her autobiography. “It was by far the best time I had had in that city and the best time I ever had with my father."

Her years on the road left her with a dread of live performances and of flying. Combined with her sad marital history, those fears made it easy for her to withdraw from show business some 40 years ago and devote herself to animal charities.

She remained in occasional touch with the Rapp family and other old Tri-State friends. Herb Reisenfeld said she was especially grateful for a special local treat he added to a package of mementos he sent her — a box of Esther Price chocolates.

Movie critic Molly Haskell once declared Doris Day “the most under-rated, underappreciated actress that ever came out of Hollywood.”

Among 39 movies released in 22 years in which Day appeared, highlights include: