How to know if a salesperson poses a threat 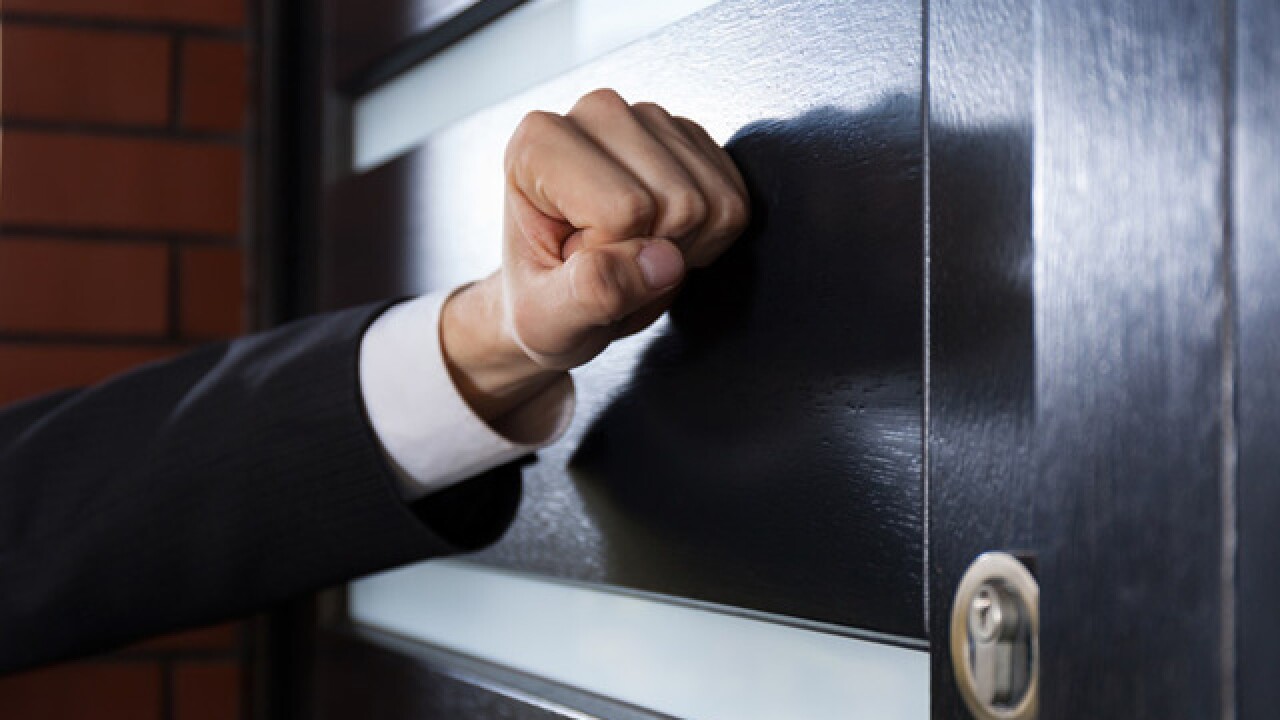 While warm weather means backyard barbecues and summer vacations, it is also a popular season for door-to-door salespeople.

As innocent as selling a product may sound, a recent incident in West Chester has sent a shockwave of concern through the community.

After following a woman home, a man is accused of telling her Tuesday that her roof needed to be repaired before he pulling a knife to her throat, forcing her inside and sexually assaulting her.

While there are some ordinances to regulate how companies who employ door-to-door salespeople do business, public safety officers have some tips for how to keep yourself safe.

Being cautious of individuals at your door is the first step to protecting yourself, according to Andrew Scott, president of the police and law enforcement consulting firm AJS Consulting.

“There’s a little bit of common sense, and I know we all want to be cordial to people that come to our doors,” Scott said. “But on the flipside, being cautious is very useful until you can establish the true identity of the individual and the true intent of the individual.”

Mason requires all transient vendors to register with the police department to receive a license, which solicitors must carry while they are working. The city also restricts the hours that salespeople can solicit door-to-door.

There are other cities that regulate door-to-door vendors through licensing such as Fairfax, Norwood, Lebanon, Fort Thomas and Independence.

Communities can’t outright ban door-to-door salespeople or set hours that are deemed too restrictive. A 1987 case ruled that a Watseka, Illinois, ordinance restricting door-to-door solicitation hours from 9 a.m.- 5 p.m. Monday through Saturday was in violation of the First Amendment.

Other cities have adopted “do not knock” lists in an effort to deter door-to-door vendors. Religious entities and those soliciting for educational purposes are examples of those exempt from the ordinances.

In some areas, posting a “no soliciting” sign can prevent door-to-door salespeople from knocking at your door. Homeowners can reference the local statute to increase the validity of the notice.

Scott offered the following tips for homeowners who encounter an individual at their door:

Scott also warned against individuals claiming there is something wrong with your home.

"If somebody comes to your door unexpectedly, meaning they’re telling you about this problem that you’re not aware of, be highly suspicious that they’re trying to divert your attention or they’re trying to force their way into your home," he said.