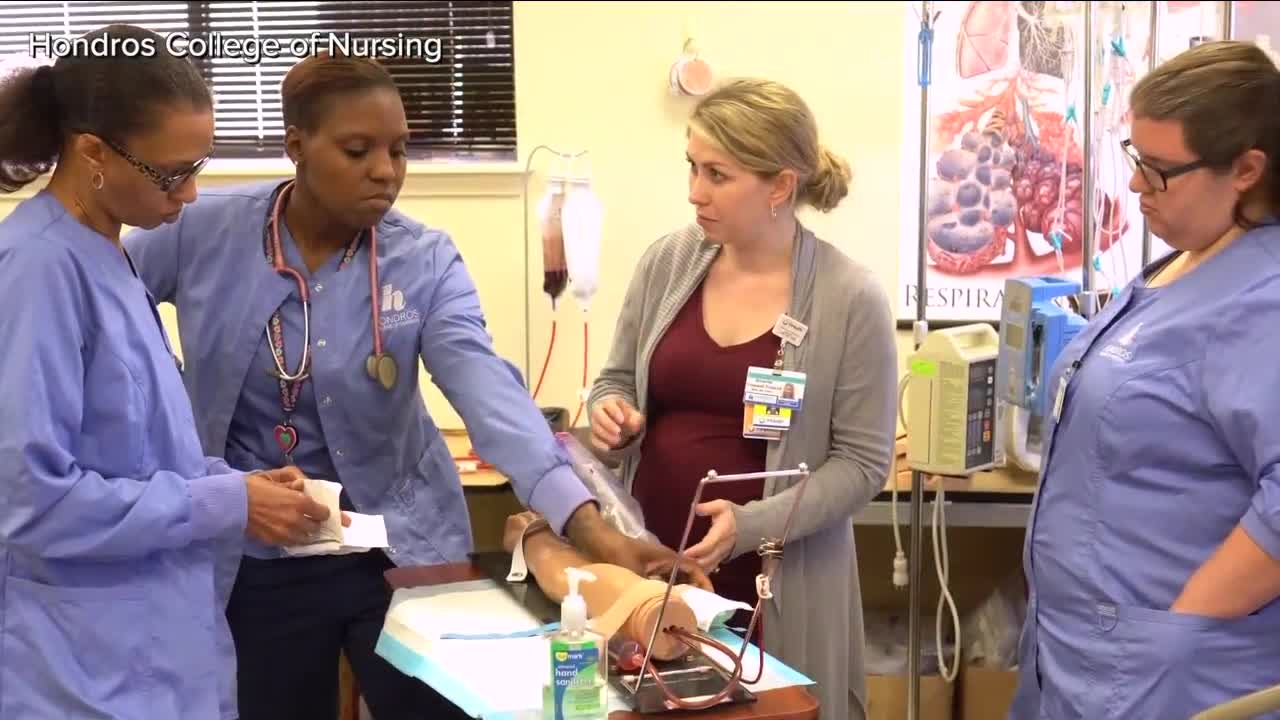 In an effort to get more ‘boots on the ground’ in the fight against the coronavirus, Governor Mike DeWine temporarily suspended a law that requires newly-graduated nurses to pass a standardized test to get a license to work.

In an effort to get more "boots on the ground" in the fight against the coronavirus, Governor Mike DeWine temporarily suspended a law that requires newly-graduated nurses to pass a standardized test to get a license to work. Many of the sites doing the testing have been closed due to the social distancing rules.

Tabitha Rudolph graduated from the Hondros College of Nursing in March

“Just because of the pandemic itself – we’re definitely going in at a really crazy time,” Rudolph said.

She’s one of 200 students who graduated from the school this semester who can work now – almost 90 from the Tri-State area.

“This is truly testing their ability to make a difference in people's lives,” said Hondros College of Nursing executive director Dave Kramer.

Nurses in that region have had struggles with protective gear, had to convert wards to accommodate coronavirus patients and had to expand area morgues with refrigerated semi-trailers. There are also reports of medical professionals who have died due to COVID-19 infection.

Kramer said sending students into such extreme conditions weighs on him.

“It does,” he said. “But anyone who gets into the healthcare profession – they do it because they want to make a difference."

“This is what we prepared for,” Rudolph said. “It’s something we signed up to do, so while it is scary, we do want to be part of helping to fix this.”

The Ohio Board of Nursing said there are an estimated 4,000 to 5,000 nursing students who are eligible to take a licensing exam.

By admitting nursing graduates to the profession with a temporary license that allows them to forego the standardized test, area healthcare centers can reinforce their numbers as the region potentially moves closer to a surge.

Kentucky has a similar edict in place, and St. Elizabeth Healthcare said it would bring on new nurses that way. WCPO reached out to the University of Cincinnati Medical Center and Mercy Health, but has not heard back.