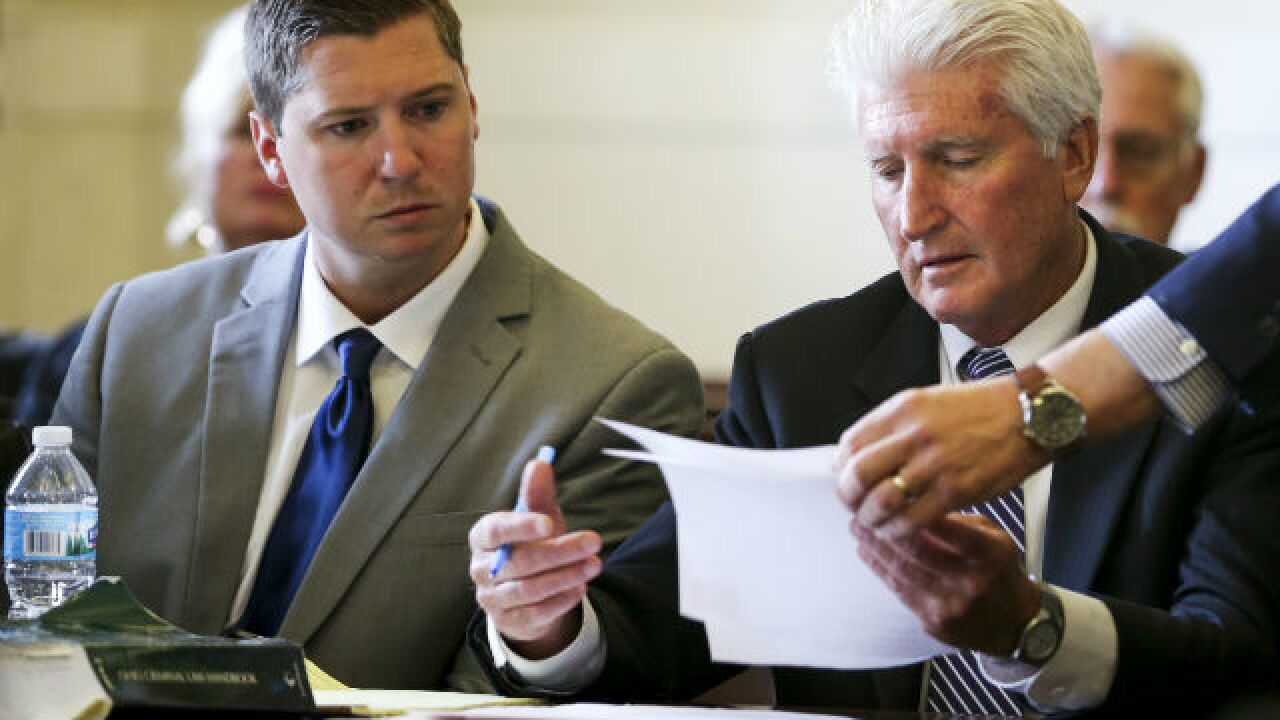 CINCINNATI -- Stew Mathews, the attorney who defended former University of Cincinnati officer Ray Tensing in both of Tensing's murder trials, said Monday that a majority of retrial jurors voted to acquit Tensing.

Mathews wrote via text message that eight jurors had voted to acquit Tensing of murdering black motorist Sam DuBose and seven had voted to acquit him of voluntary manslaughter for his role in DuBose's death. Those jurors were, however, unable to sway the remaining four and five, respectively, who believed Tensing ought to have been convicted on at least one charge.

This marks an apparent shift of opinion in Tensing's favor since his first trial, in which Hamilton County Prosecutor Joe Deters claimed the jury had been split 4-4-4 in favor of convicting Tensing of murder, convicting him of manslaughter and totally acquitting him, respectively.

But it still wasn't enough to prevent that trial's outcome from repeating itself: With no verdict and no apparent means of reaching one, Judge Leslie Ghiz was forced to repeat Judge Megan Shanahan's declaration of a mistrial.

Tensing was indicted on charges of murder and voluntary manslaughter for shooting DuBose in the head during a traffic stop in Cincinnati's Mount Auburn neighborhood in July 2015. Tensing has claimed DuBose tried to flee in the car, leading him to fear for his life.

Deters has until July 24 to decide whether or not he will pursue a third set of charges against Tensing. His officer spokesperson Julie Wilson said Deters will announce his decision sometime during the week of July 10.