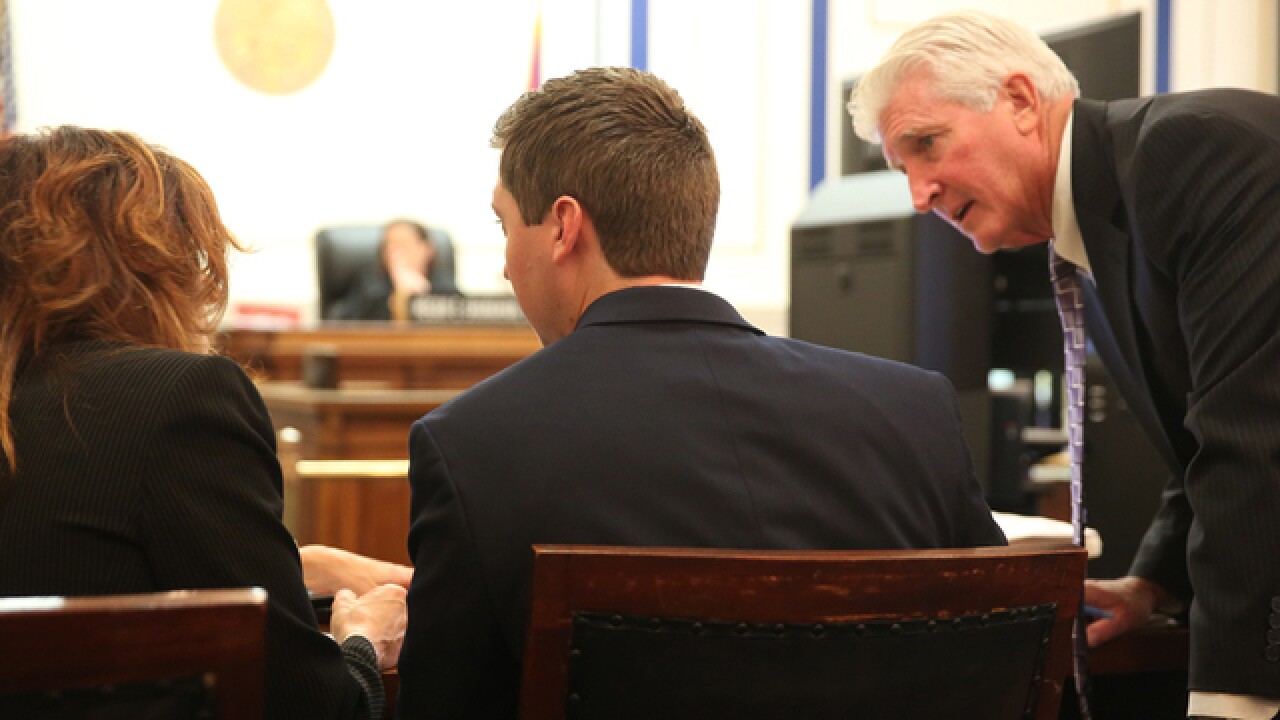 CINCINNATI -- Ray Tensing was able to say his piece in court Tuesday. After his testimony and cross-examination ended, the defense rested its case.

Here are the most important notes from court Tuesday:

Scanlon admitted he has only testified as an expert in court four times. He took the case for free.

Assistant Prosecutor Rick Gibson called Scanlon "a lay person" for the duration of his cross-examination. After Scanlon said he "didn't think Tensing said he was (dragged)," Gibson gave him a copy of Tensing's statement to police to review before continuing cross-examination.

Cross-examination is getting heated. Gibson basically calls Scanlon an average joe when it comes to reviewing video @WCPO #TensingTrial

Tensing sticks to his story: dragging, feared for his life

Even during an intense cross-examination with prosecutor Joe Deters, Tensing stuck to his original statement -- that he was caught in DuBose's steering wheel, dragged by the car and feared for his life.

"You do know this is on video, right?" Deters asked Tensing at one point during cross-examination.

Deters pointed out the car's lack of movement based on background images and shadows -- points made during forensic analyst Grant Frederick's testimony to dispute dragging -- and witness Alicia Napier's testimony that Tensing fell back from the car. He also played the shooting portion of the video repeatedly asking Tensing if he hears the shot and the car's acceleration sound in that order, contrary to his statement.

"I'm confused about this term, 'perception,'" Deters said early on in his cross-examination.

Tensing referred to his "perception" on July 19, 2015, before and during the fatal shooting. He maintained that his perception caused him to believe he would be "sucked up underneath the car" or killed. When Deters juxtaposed Tensing's statement with the body camera video and witness testimony, he insisted that he acted based on his perception at the time.

"I can't speak for them, I can only explain my perception," Tensing said, when confronted with witness testimony that contradicted his.

Deters brought up a few points towards the end of cross-examination; the points were not evidence from the day of the shooting, but rather items that might destroy jurors' feelings of sympathy.

He brought up the confederate flag T-shirt again -- which Tensing's attorney Stew Mathews already brought up previously. Tensing said the T-shirt was a gift from a relative and he has no feelings about the Confederate flag.

Deters also asked Tensing if he is racist; he replied "no." He cited statistics that WCPO previously reported: Tensing led the UCPD in citations written and 83.5 percent of those citations went to black motorists. Tensing said he did not know those statistics.

Judge Megan Shanahan denied the defense's second attempt to get DuBose's medical records admitted into evidence when the she went over exhibits with the prosecution and defense after the jury was excused.

DuBose's health was discussed very briefly Monday during Dr. Karen Looman's testimony. Shanahan allowed Mathews to ask Looman to answer yes or no only to the question, "Would you consider Sam DuBose to be a healthy person at the time of his death?" Looman said no.

Judge tells jurors to prepare to be sequestered

Before adjourning for the day Tuesday, Shanahan told jurors to pack an overnight bag in case they needed to be sequestered -- or held overnight -- after they begin deliberations.