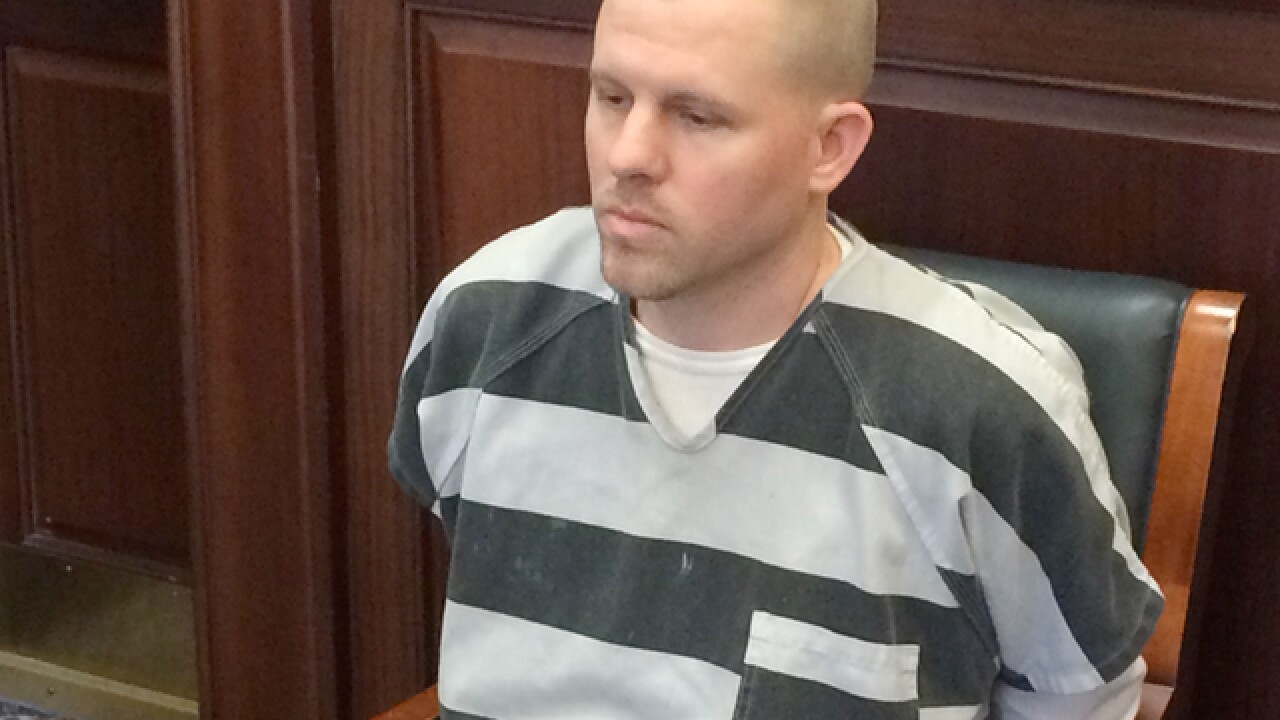 CINCINNATI – A father who used heroin in his daughter’s hospital room was sentenced to two years in prison Thursday.

Wesley Landers, 32, overdosed on heroin in Cincinnati Children’s Hospital Medical Center and was found unresponsive with a handgun and three syringes in his pockets Jan. 7, police previously said. His wife, 31-year-old MaryAnn Landers, died from her own overdose.

The Alabama couple was in Cincinnati for their infant daughter's a double-stage laryngotracheal reconstruction. The surgery was successful.

Landers pleaded guilty earlier this month to possession of heroin and carrying a concealed firearm.

In court Thursday, Landers admitted to making bad decisions that put him behind bars, took the life of his wife and sent his young girls to live with their grandparents.

His attorney, Chris Kapsal, said Landers was "a very dedicated family man" who had "a lapse in judgment."

"Certainly he took responsibility with his plea," Kapsal said.

Landers had said they only used heroin because of the stress of dealing with their sick daughter. Judge Robert Ruehlman said he didn't buy that excuse, and said Landers gave gun owners a bad name.

"You've been been pretty much a bad husband, a bad father ... you were not responsible," Ruehlman said.

The only good thing Landers did was plead guilty, saving the time and trouble of a trial, the judge said said.

"You did one good thing," Ruehlman said. "You manned up and admitted what you did, and saved us time and trouble. So I give you credit for what you did."

"I have been informed that Wesley has stated that MaryAnn asked for the heroin, but it was Wesley's responsibility as a husband, as a father and a man to protect his wife and child. Wesley failed in all three rows," McMeans said. "He brought the heroin to the hospital, he provided the syringe to MaryAnn and then injected himself. Because of his abusive treatment resulting in her depression and because he provided the heroin, I hold him directly and personally responsible for my daughter's death."

McMeans said family members will care for the couple’s daughters in Alabama. The youngest, now 9 months old, will need more surgery at Children’s Hospital in July. Their older daughter, 3, will need extensive counseling, he said.

"These two little girls desperately need the love, guidance and support of their parents, but neither are present," McMeans said.