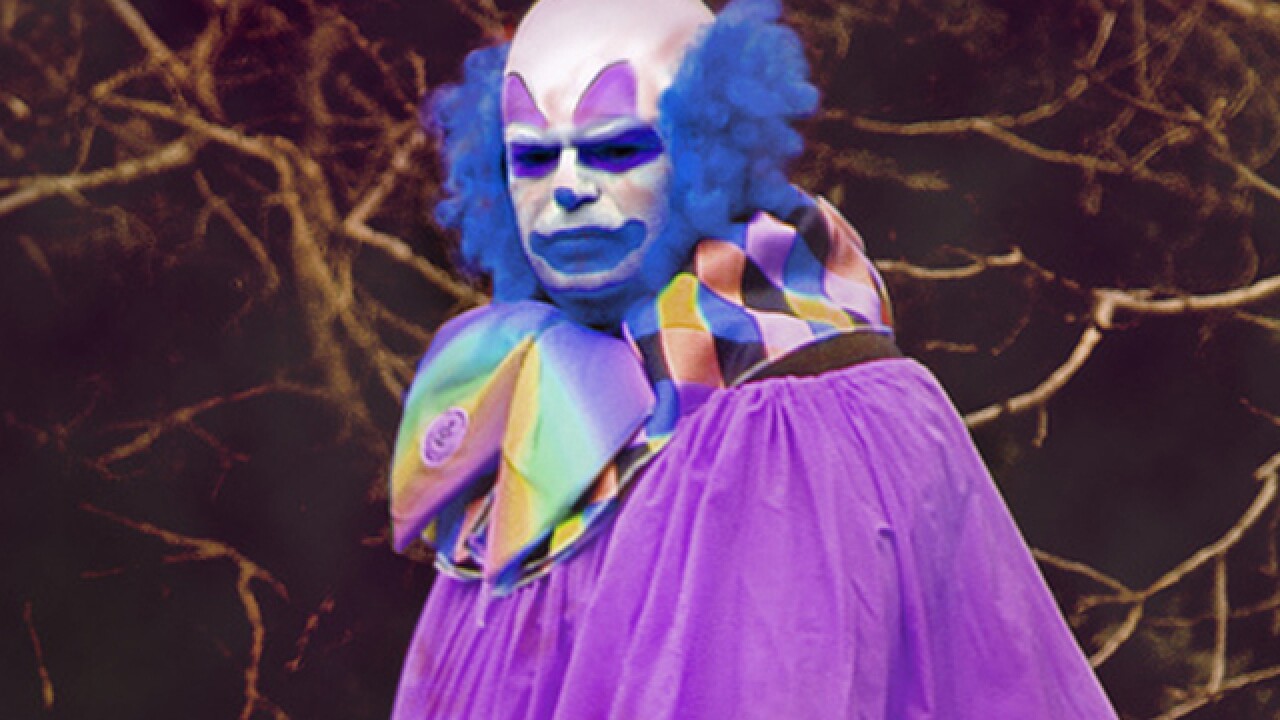 File photo of a clown courtesy Flickr Creative Commons.
<p>It sounds like something out of a nightmare, but apparently it's real. <a href="http://www.wcpo.com/news/local-news/warren-county/franklin-woman-reports-being-chased-by-clown">A Warren County woman reported being chased by a clown.</a></p> READING, Ohio -- Schools in Reading canceled classes Friday after a woman reported being attacked by a clown overnight.

A woman said a man dressed in a striped outfit, a red wig and a white clown mask grabbed her around the throat as she sat smoking on her porch on Terrace Drive around 4 a.m. Friday.

The woman told police the clown told her: "I should just kill you now" and "students and teachers (will) wish they were never born at the junior and senior high school today."

"We take all threats to the safety of our students seriously. We were especially concerned with the number of students who walk to school in the early morning hours and made the decision to close school," Reading Community Schools wrote in a note posted on its Facebook page at 5:30 a.m. Friday.

Reading schools superintendent said the homecoming parade and game will go on Friday as scheduled. The homecoming dance will still take place on Saturday, and there will be extra police at all events.

Around 10:30 p.m. Thursday, Colerain Township Police arrested a junior high student for similar clown threats. That student could be in court Friday facing charges of terroristic threatening and inducing panic.

Social media "threats" of clowns have caused a stir in several Tri-State communities, and many area police departments have expressed the view that most of these "threats" have been pranks played by bandwagoners. (Fairfield City Schools, which received a threat Thursday evening, posted on Facebook that the district did not perceive it as a genuine danger.)

In Sharonville, an officer responded to Sharonville Elementary Thursday for a report of a "clown" wearing gloves and large shoes in a wooded area at the school, police said. The description did not include other typical clown-wear like makeup, a wig or anything else.

Police found no evidence to indicate anyone was doing anything menacing in or near the school, they said.

The Boone County Sheriff's Office said that deputies responded to several calls of suspicious people dressed as clowns only to find them unfounded. They asked that anyone who does call to report a clown include as much detail as possible without compromising safety.

"Creepy clowns" sightings and threats have been spreading across the country lately. Locally, a threat caused about half of Gallatin County students to stay home from school one day this week, though deputies say they have since identified the person behind the account. There was also a report of a clown chasing a woman from her car to her apartment door.

LISTEN: Franklin woman calls police, says she was chased by clown near her home