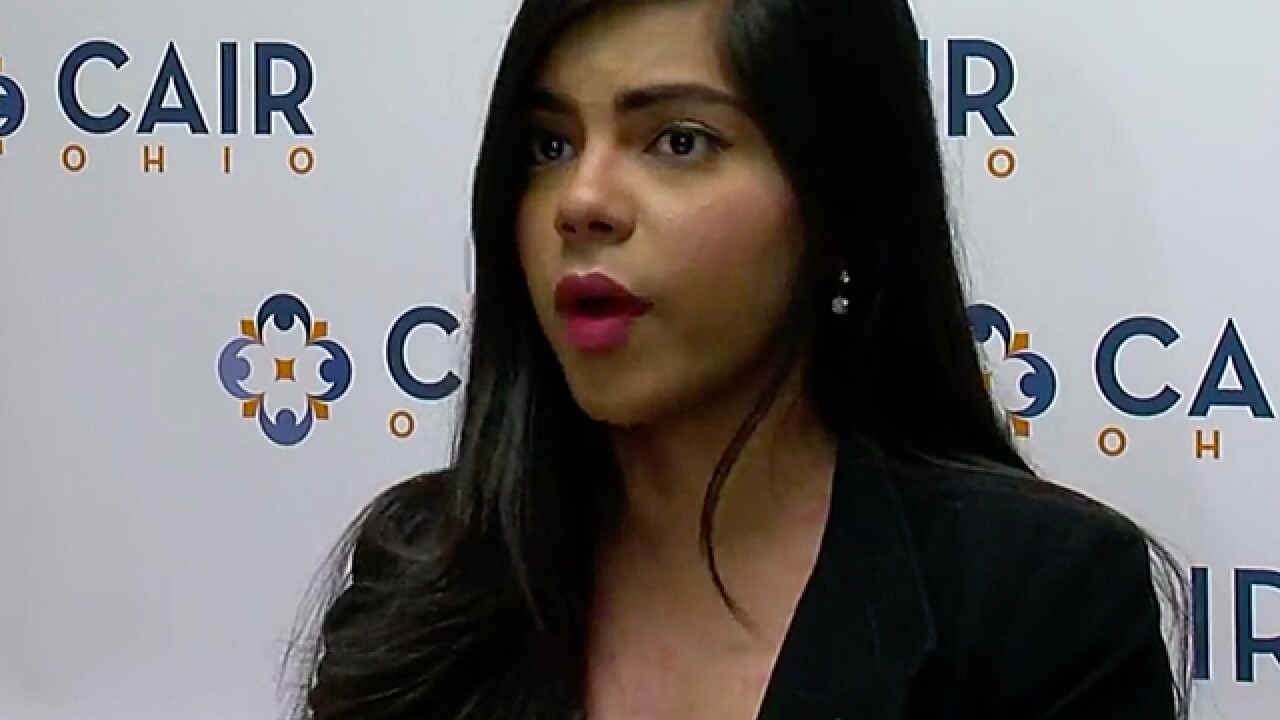 CINCINNATI -- The executive director of Cincinnati's chapter of the Council on American-Islamic Relations says last year’s number of anti-Muslim bias incidents are “unprecedented.”

CAIR, the nation’s largest Muslim civil rights and advocacy organization, released a report Monday that examines incidents in Ohio and across the country.

2016 to 2017 saw a 17 percent increase in anti-Muslim incidents, according to the report, with the target’s ethnicity/national origin being the top trigger of one of these incidents.

Watch CAIR officials release data from the report in the player below:

The report claims several Muslims who had traveled internationally were interviewed by the FBI, according to staff attorney Sana Hassan. The Muslims had traveled to Pakistan around November 2016, and they were asked a series of questions that were “extreme in nature,” Hassan said.

An increasing number of Muslims were denied religious accommodations in the workplace, Hassan said.

Hassan said 63 incidents have occurred at mosques from January to July 2017, including mosques being targets of threats, vandalism and arson. Three of those incidents occurred in Cincinnati, she said.

The FBI was involved in at least one suspected hate crime in Sayler Park as of February after someone damaged and vandalized a Ford Explorer owned by a person of Middle Eastern descent on May 4, 2017. The person broke windows, slashed tires and spray painted swastikas and "Go Home," "Musslim [sic] Terrorist" and "Trump America."

“We’ve seen incidents like we’ve never, ever seen before in American history where the name of the president is being used by individuals in society almost as a weapon to threaten people and to scare them," Dabdoub said.

Trump’s travel ban, which restricts travelers from several Muslim-majority countries, will go before the Supreme Court Wednesday. The Supreme Court will hear arguments on the third version of the policy, which Trump first implemented a week after taking office in January 2017, Reuters reported.

The state of Hawaii argues the ban is unconstitutional and violates federal immigration law. Trump has said the ban is necessary to protect the US from terrorism.

"When we know that our president is supposed to be the leader of our nation, he's supposed to set a good example and instead, that's not what we're seeing at all,” Dabdoub said.

Trump has tweeted about Muslims and immigration several times, including retweeting a series of anti-Muslim videos from a far-right British account in November. White House press secretary Sarah Sanders wouldn't say whether the videos were real but defended Trump's actions, CNN reported.