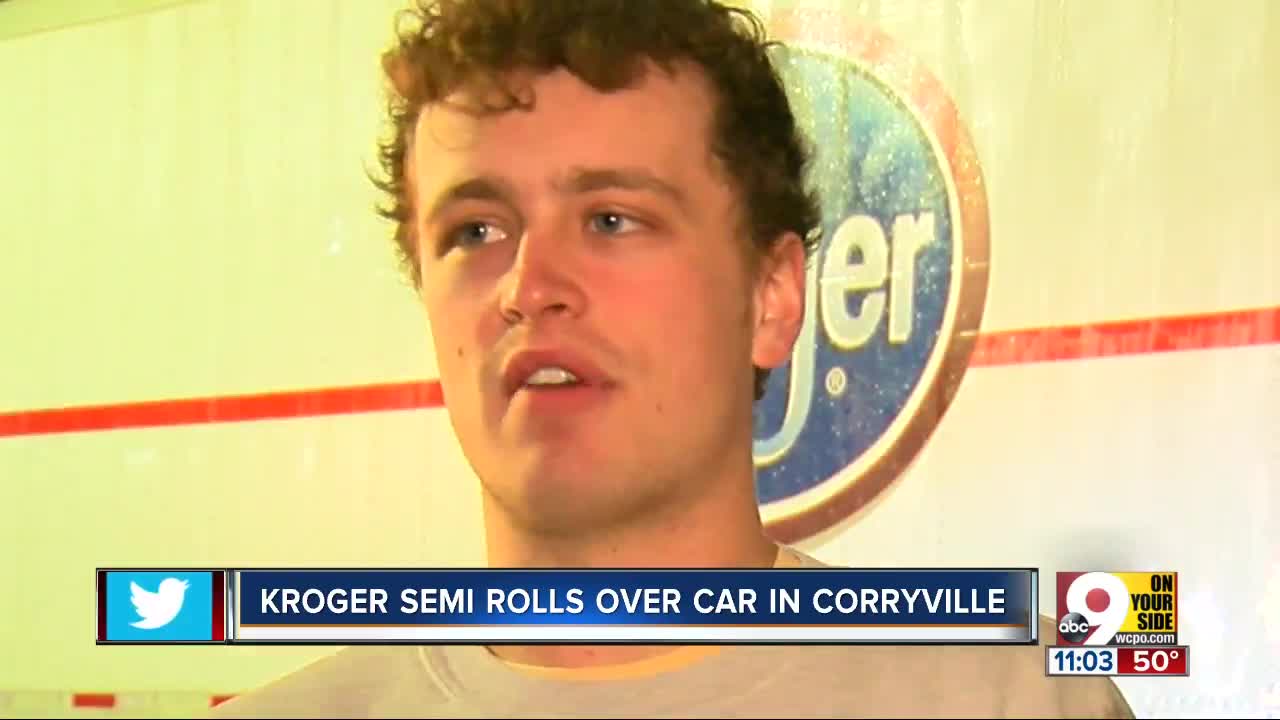 His friend Sarah Munday didn’t believe him until she saw the damage herself.

The semi-trailer had been parked across the street at the Corryville Kroger when its brakes slipped, according to police. It rolled from the loading dock to the spot where Kowalski stood, keys in hand, in front of his car.

“I turn my head, and I see this semi truck coming at me with no driver in it,” he said later as crews hauled the semi off his car. “I had to jump out of the way, like, dive out of the way.”

The process of cleaning up after the crash forced police to shut Corry Street down for several hours. Kowalski said he was grateful his car had been the only casualty.

“I feel very lucky to be alive right now,” he said. “I don't know why I looked. God must be real.”