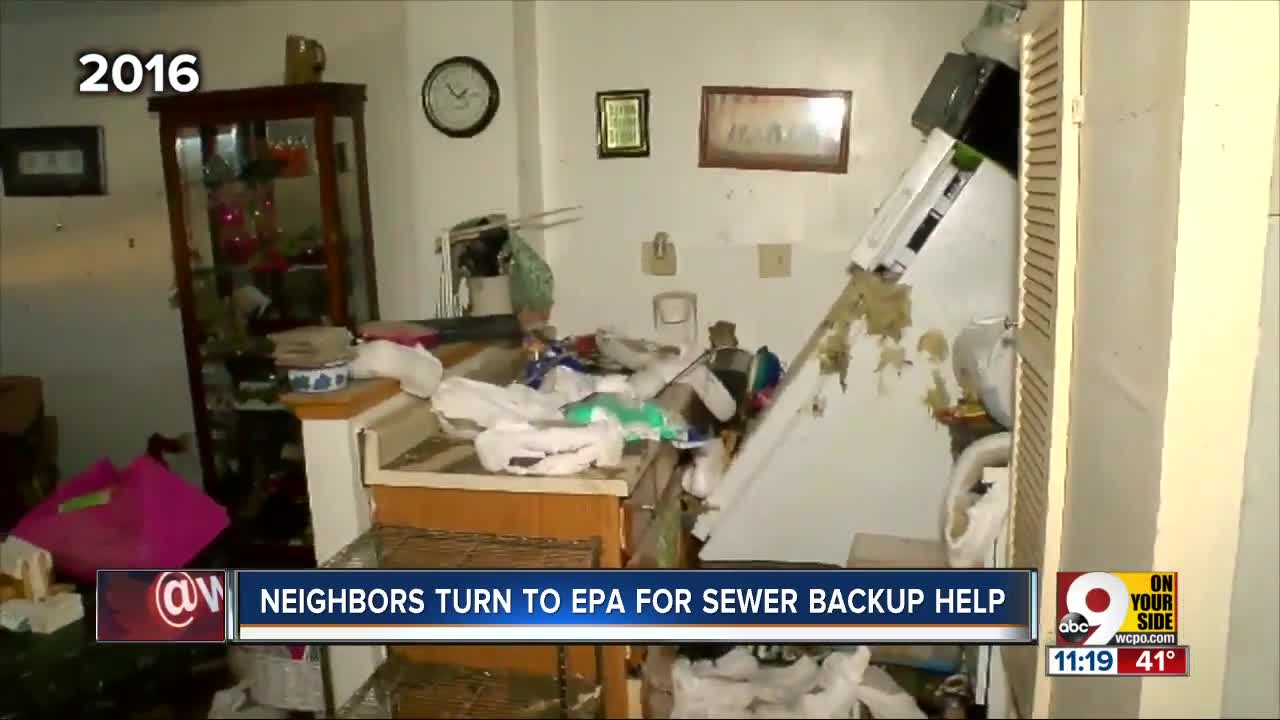 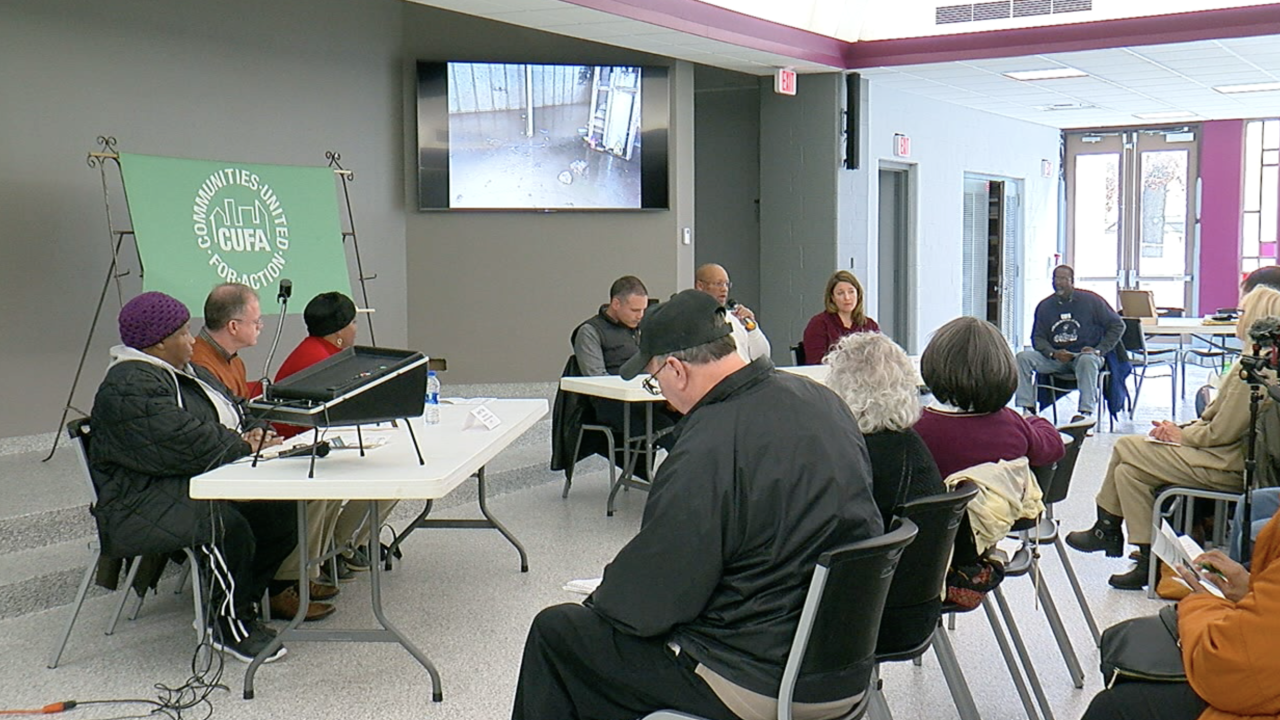 CINCINNATI — Communities affected by recurring sewer backups in Cincinnati have been fighting for aid for years, and seeing little help from the city or Hamilton County. On Saturday, residents in Communities United for Action appealed to the Environmental Protection Agency for help.

CUFA wants the EPA to enforce a consent decree, which the group said will address sewage issues in the hardest hit neighborhoods first.

"My wife and I are now on medicine for anxiety because of the stress of the rain," said Robert Buckner, who's had four major sewer backups in his basement since 2013. "My wife stays up until five in the morning checking the basement."

Dozens of neighborhoods rallied at a meeting with the EPA Saturday afternoon with similar stories. Neighbors have complained to the Metropolitan Sewer District for years, but said the organization has been unresponsive to the complaints and aren't doing enough to fix the problem.

CUFA is demanding more affordable sewer rates, repaired sewers in the most heavily impacted neighborhoods first and some form of assistance for victims who have suffered damages as a result of the repeated sewer backups.

"Our neighborhood is being left behind and we want justice," said Stephen Baker, whose home suffered a backup in 2016.

Resident after resident came forward during the meeting to air grievances about the failure of MSD and city and county officials to address the issues. A common thread within each story was the emotional toll these issues have taken on many families.

"You constantly fear when it rains hard it's going to happen all over again, which it did," said Elder Donell Raglin, CUFA executive board member.

CUFA met with the EPA in College Hill Saturday to discuss the health and safety issues surrounding the repeated sewage backups in homes throughout several Cincinnati neighborhoods. The EPA is now looking over the complaints to determine what, if anything, the federal organization can do to help going forward.