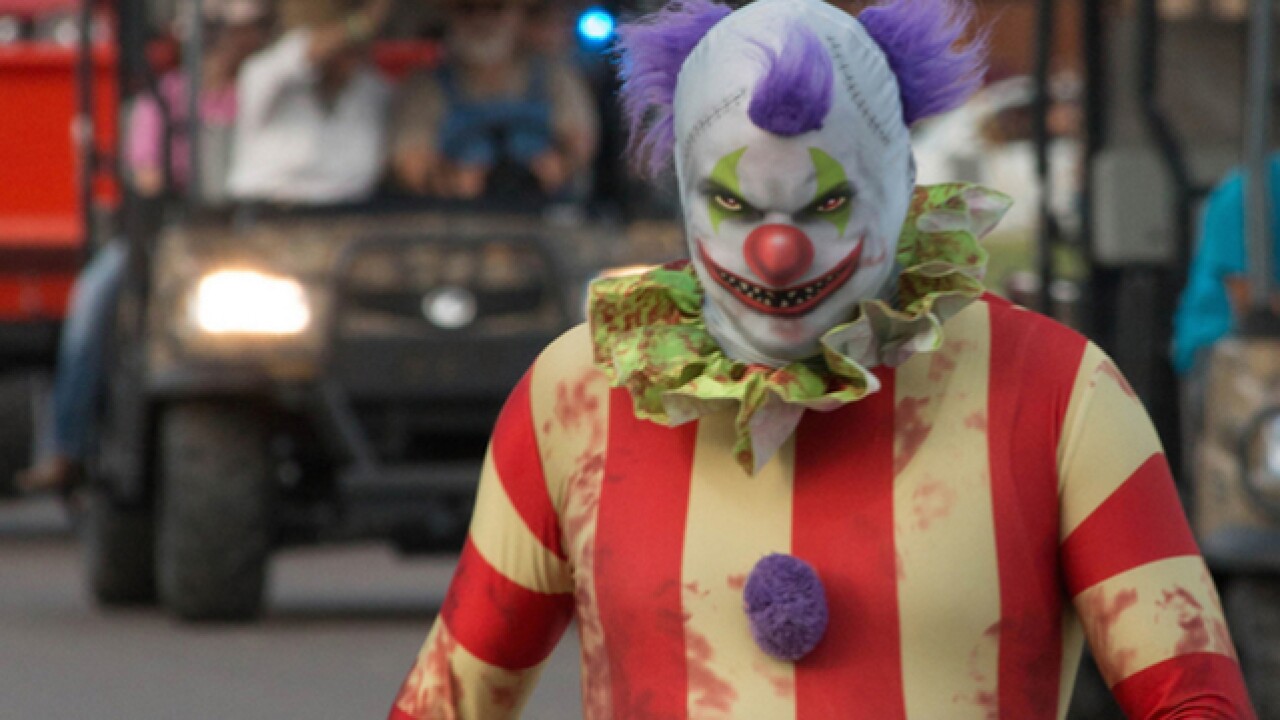 Seven juveniles have been arrested in connection to clown-related threats to local schools on social media since Thursday.

The juvenile from Colerain Township was in court at 8:30 a.m. Friday for a plea hearing and was ordered to be held at the juvenile detention center until his next court appearance at 10 a.m. Oct. 5.

Miami Township Police said the juvenile student thought the threats he was making would be taken as a joke. Officials said they are taking this matter very seriously, and the juvenile will face a charge of making terroristic threats.

Police said the student tweeted from an account involving a clown, saying, “Coming for MHS next. Be ready.” Police tracked the tweet and arrested the student in class. The student confessed to sending the tweet.

Mike Mills, assistant chief of Miami Township Police Department, said the tweet was not taken as a joke.

“It's taken very seriously because there's 2,000 students over there that safety is in mind," Mills said.

Josh Kauffman, Milford High School’s principal, said the student will face disciplinary action, and anyone else that jokes about this will also face legal and school punishment.

"I hope that this sends a clear message that this will not be tolerated in this community,” Kauffman said. “This is a great community that supports our schools and expects us to keep our children safe, and we will do that."

School officials said they knew it was a hoax and posed no danger to students or staff. Montgomery Police are investigating, and it is unclear if there will be charges.

Social media "threats" of clowns have caused a stir in several Tri-State communities, and many area police departments have expressed the view that most of these "threats" have been pranks played by bandwagoners.

A woman smoking on her porch on Terrace Drive in Reading at about 4 a.m. Friday said a man dressed in a striped outfit, a red wig and a white clown mask grabbed her around the throat.

The woman told police the clown told her: "I should just kill you now" and "students and teachers (will) wish they were never born at the junior and senior high school today."

Fairfield City Schools, which received a threat Thursday evening, posted on Facebook that the district did not perceive it as a genuine danger.

In Sharonville, an officer responded to Sharonville Elementary Thursday for a report of a "clown" wearing gloves and large shoes in a wooded area at the school, police said. The description did not include other typical clown-wear like makeup, a wig or anything else.

Police found no evidence to indicate anyone was doing anything menacing in or near the school, they said.

The Boone County Sheriff's Office said that deputies responded to several calls of suspicious people dressed as clowns only to find them unfounded. They asked that anyone who does call to report a clown include as much detail as possible without compromising safety.

"Creepy clowns" sightings and threats have been spreading across the country lately. Locally, a threat caused about half of Gallatin County students to stay home from school one day this week, though deputies say they have since identified the person behind the account. There was also a report of a clown chasing a woman from her car to her apartment door.

LISTEN: Franklin woman calls police, says she was chased by clown near her home

In Lawrenceburg, the clowns have neighbors around Hidden Valley Lake thinking twice about their street's theme for the upcoming Haunted Hayride. They had planned a "creepy clown" theme before clowns started popping up all over.

Others said they weren't going to let their children dress as clowns for Halloween over worries it could be dangerous.

"If someone did feel threatened or was afraid of a creepy clown, or someone dressed as a creepy clown with everything going on … things might escalate," Carrie Brewer said.

She said it's ridiculous how far the clown threats and fears have gone.

"It is sad that what is maybe being blown out of proportion," Brewer said. "Imagine kids taking this too far. It didn't need to go this way. It's going to ruin the fun."