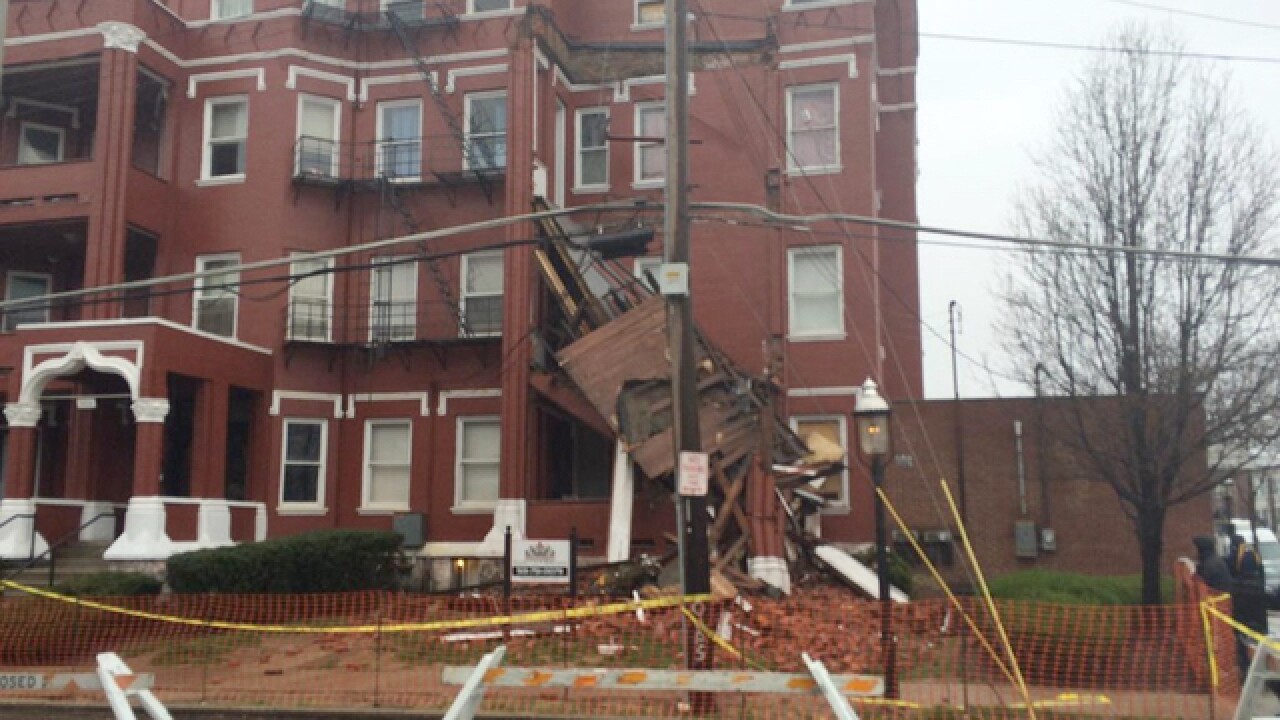 CINCINNATI – A resident stepped off a three-story balcony just seconds after it collapsed in Clifton Sunday, her relieved mother said.

"She hollered and said, 'Mom, run!' And that's what we did. We ran to the other side of the building," Sharon Lane said.

"Everything was going every which way."

It was a close call with seconds to spare.

"I doubt you could have counted to three. I mean, she had just come through the door," Lane said.

No one was injured, but the collapse left a heap of bricks and rubble outside the apartment building at Ludlow and Middleton avenues.

Lane said she and her daughter ran downstairs and outside hoping they wouldn't find anyone in the rubble.

"We didn't know who had been out on the deck and we were afraid there was someone in that mess, and of course there wasn't and that's good. That's what we're thankful for," Lane said.

Other residents questioned if the building was safe.

"I hope we're not under any threat," Dane Ritzy said.

But the building inspector assured them it OK. The three apartments still have access to a fire escape.

The three-story masonry and wood frame structure apparently collapsed at the main support column, the city's Department of Buildings and Inspections said. The deck was supported by a 10 x 10 wood column, encased in brick, that sat on a stone base.

Cleanup and repairs to a remaining column structure began immediately, the city said. In addition:

> The owner has been ordered to hire an engineer to evaluate the damage to the building and design the rebuilding of the balcony.

> All openings to the balcony space were ordered to be screwed shut until repairs are completed.