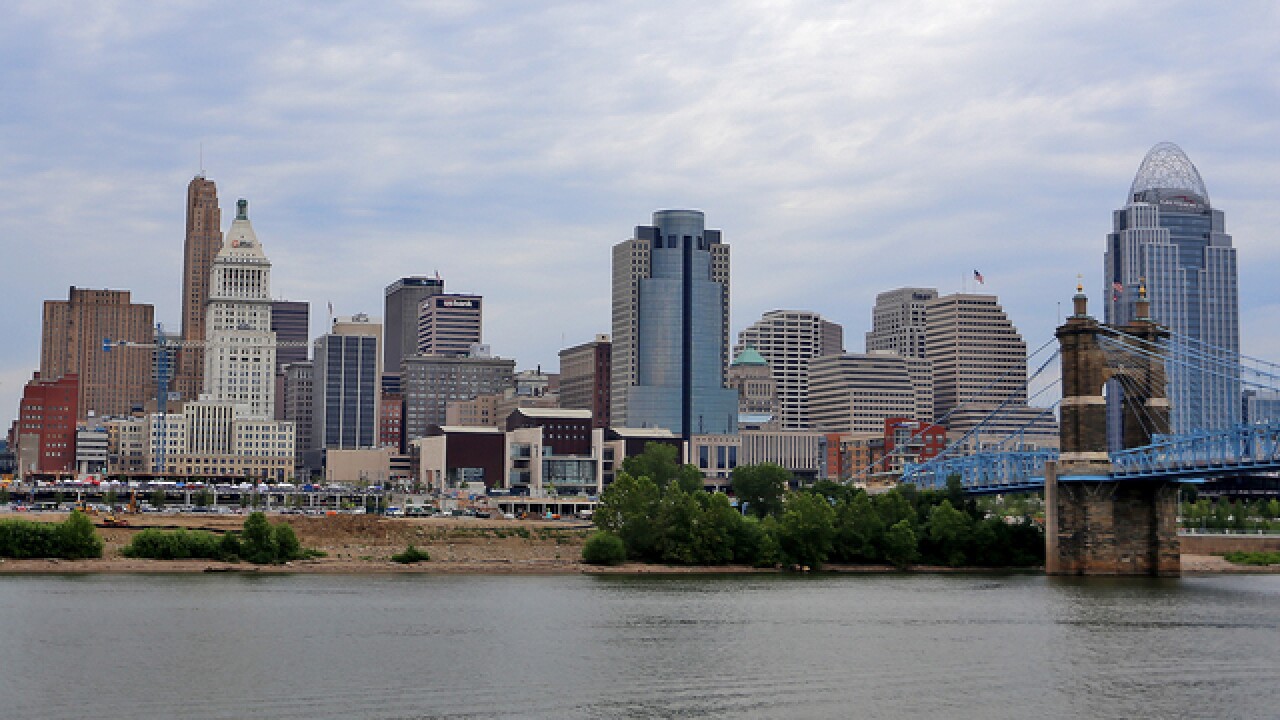 CINCINNATI — A curfew is in effect at 8 p.m. Tuesday for the city of Cincinnati, according to Mayor John Cranley and Chief Eliot Isaac, and in a late meeting Tuesday, West Chester trustees also ordered a 10 p.m. to 6 a.m. curfew as protesters moved to the suburb.

Cincinnati's curfew is in place from 8 p.m. Tuesday until 6 a.m. Wednesday. Those who are traveling to and from work are exempt from this curfew.

ALERT: The curfew is now in effect for all City of Cincinnati neighborhoods. It will remain in effect until 6 a.m. Please note those traveling to and from work are allowed to do so.

West Chester's curfew will last 30 days, but the township's administrator can reduce it with permission from trustees. People who violate the curfew will be given a warning, otherwise they will be cited for trespassing or disorderly conduct, according to spokesperson Barb Wilson.

The curfew for the City of Cincinnati has been extended to this evening. It will go into effect at 8 p.m. and remain in place until 6 a.m. Wednesday.

Below is a statement from Mayor John Cranley and @CincyPD Chief Eliot Isaac. pic.twitter.com/8fKE5T3qrd

In Cincinnati, Metro will suspend service at 8 p.m. in accordance with the curfew.

Bus riders should check Metro's website for schedule times, and no trips beginning after 8 p.m. will run.

"In the interest of public safety and the safety of our police, I am granting the Chief's request to extend the curfew into tonight. I commend our cops for all their hard work and I appreciate those protestors who continue to behave peacefully," Cranley said in a statement.