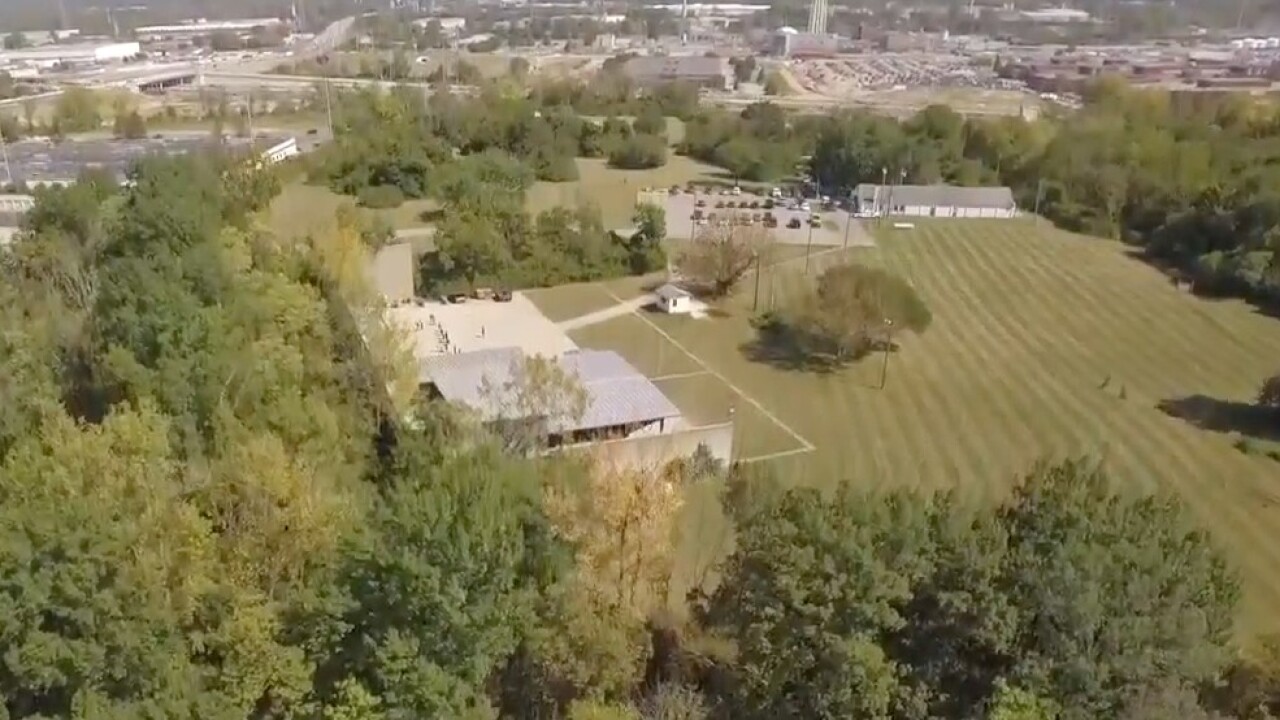 Copyright 2019 Scripps Media, Inc. All rights reserved. This material may not be published, broadcast, rewritten, or redistributed.
Sky9 | WCPO
Cincinnati police shooting range in Evendale as seen from Sky9. 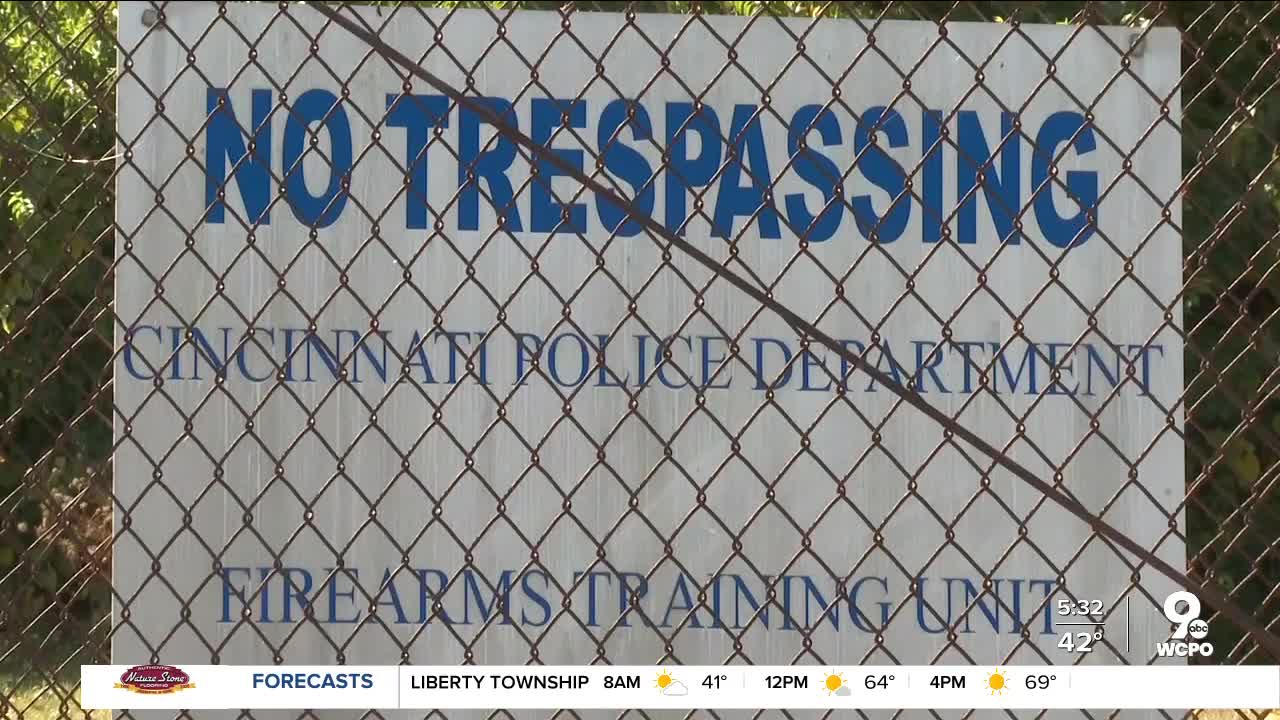 CINCINNATI — The Cincinnati Police Department's shooting range has been in Evendale for more than 70 years, long before the surrounding areas filled in with residential neighborhoods. Now, neighbors of the gun range consistently relate living near it to being near a "war zone" that has become unbearable.

Neighbors in Evendale, Woodlawn and Lincoln Heights have been working to get the range relocated for decades, and stakeholders weighed in at Tuesday night's public hearing at City Hall.

Councilwoman Jan-Michele Kearney said the meeting Tuesday night was not about discussing solutions but to listen to neighbors and those in the community who have been impacted by the range.

"I'm here tonight because I want the thing gone ASAP," the vice mayor of Lincoln Heights, Jeannie Stinson, said at the meeting.

"I've seen people just straight up and jump up, take off running," said Dale Holland, who lives in Lincoln Heights.

Holland has lived next door to the range for 60 years now, and even he confesses to jumping or taking cover a few times.

"Invite your family out and spend the night ... let them all come and see, do they feel the same way we feel about this going on 24 hours," he said.

Demands to move the gun range have fallen on deaf ears so far. In recent years, members of the Heights Movement have stepped in to push a little harder.

Daronce Daniels, vice president of the Heights Movement, said the gun range is a quality-of-life issue, causing post traumatic stress and other adverse issues for children growing up nearby. Holland agreed and said his grandson often begins to shake and grab onto him when the sound of gunfire echoes through the neighborhood from the range.

Daronce Daniels, a council member in Lincoln Heights and VP of the Heights Movement, is playing video of the sounds neighbors hear day in and day out.

"Here are the facts, for 80 years, a community's fight or flight segment of the brain has been impacted @WCPO

"Just the fact that I have to try and focus on this conversation while that's going on is a real thing, but you get used to it," said Daniels, referring to the sound of shots being fired during the interview. "And the fact that our community has gotten used to it is something I'm tired of saying."

Daniels said that, for him, the sound of officers training and firing weapons at the range is a message from the city that says the range is more valuable than the surrounding communities.

"That sound is arrogance from the city right now," said Daniels. "And it's a slap in the face to an African American community that says, 'You don't matter.'"

The city has said it's open to relocating the range, but actually doing so comes with a hefty price tag. Building a new shooting range would cost anywhere from $4 to $10 million, not including the cost of purchasing land. The range currently provides nearly 50,000 hours of training for Cincinnati police officers annually.

Carlton Collins, secretary of the Heights Movement, said he's hopeful Tuesday night's public hearing will spark real action. If it doesn't end up that way, he said, that's something they're used to hearing.

"If it doesn't come easy, we're not afraid of work," said Collins. "We're OK. We'll keep fighting, if it takes 10 hearings. I'm still never going to believe this is good enough for our kids."

City council will meet at a later date to discuss possible solutions and what it would cost to move the range.