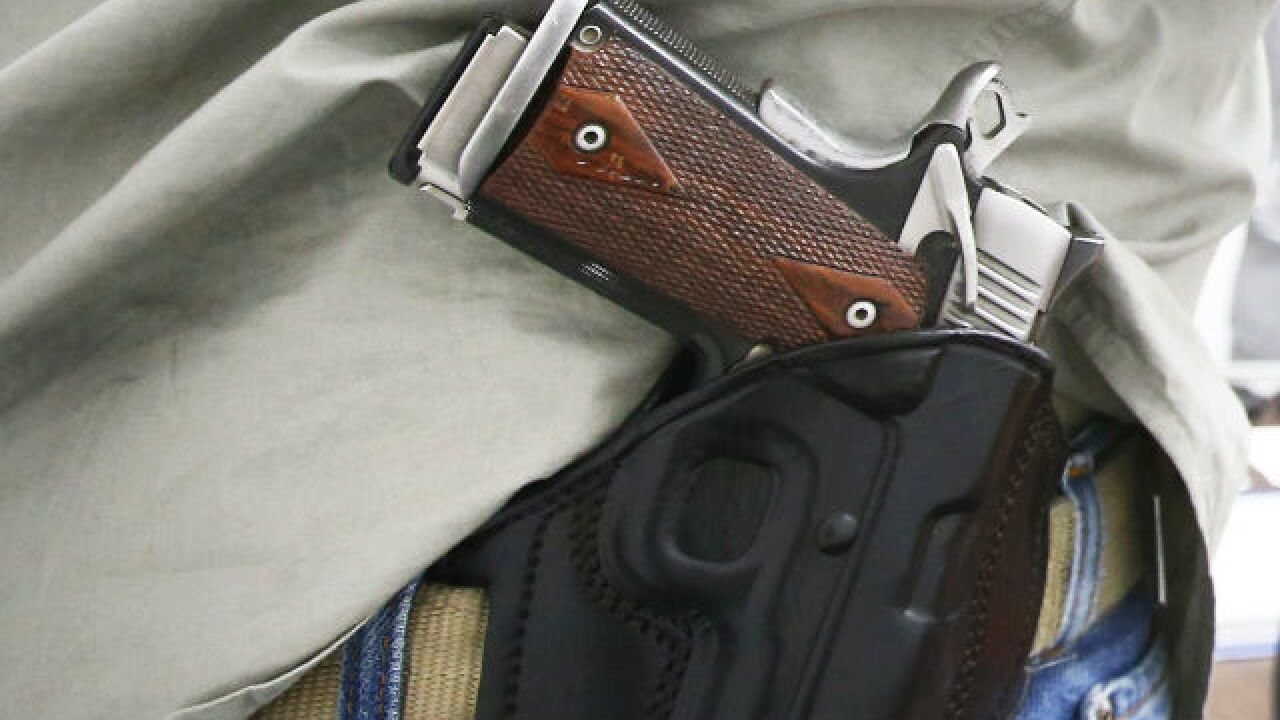 <p>SPRINGVILLE, UT - JANUARY 9: With a gun on his hip, gun instructor Mike Stilwell  teaches a packed class to obtain the Utah concealed gun carry permit, at Range Master of Utah, on January 9, 2016 in Springville, Utah.  (Photo by George Frey/Getty Images)</p>

CINCINNATI – City council member Christopher Smitherman has a concealed carry permit but he opposes some Ohio legislation that would loosen concealed carry restrictions.

Smitherman described being attacked when he wasn’t packing his weapon Monday while the Law and Public Safety Committee considered a resolution opposing House Bill 228 and Senate Bill 180.

“I had one situation in the last two years where I was attacked and I didn't have my firearm at the time of the attack, but it was very dangerous and the possibility of retreating wasn’t there for me,” Smitherman said.

Despite that, Smitherman joined the unanimous vote to send a resolution to Columbus opposing the two bills under consideration.

The legislation would lessen concealed carry restrictions, lessen penalties for illegally carrying a concealed carry weapon, and lessen a person's obligation to retreat if they're being attacked.

“If you take an illegally concealed handgun into a place, whether you use it or not, it's now a minor misdemeanor,” Simpson said. “I mean, to me, when we think about what's happened across the country, this is just dangerous.”

Have an opinion about this? Call our Feedback Friday hotline at 513-852-4998 or tell us what you think at WCPO.com/FeedbackFriday.