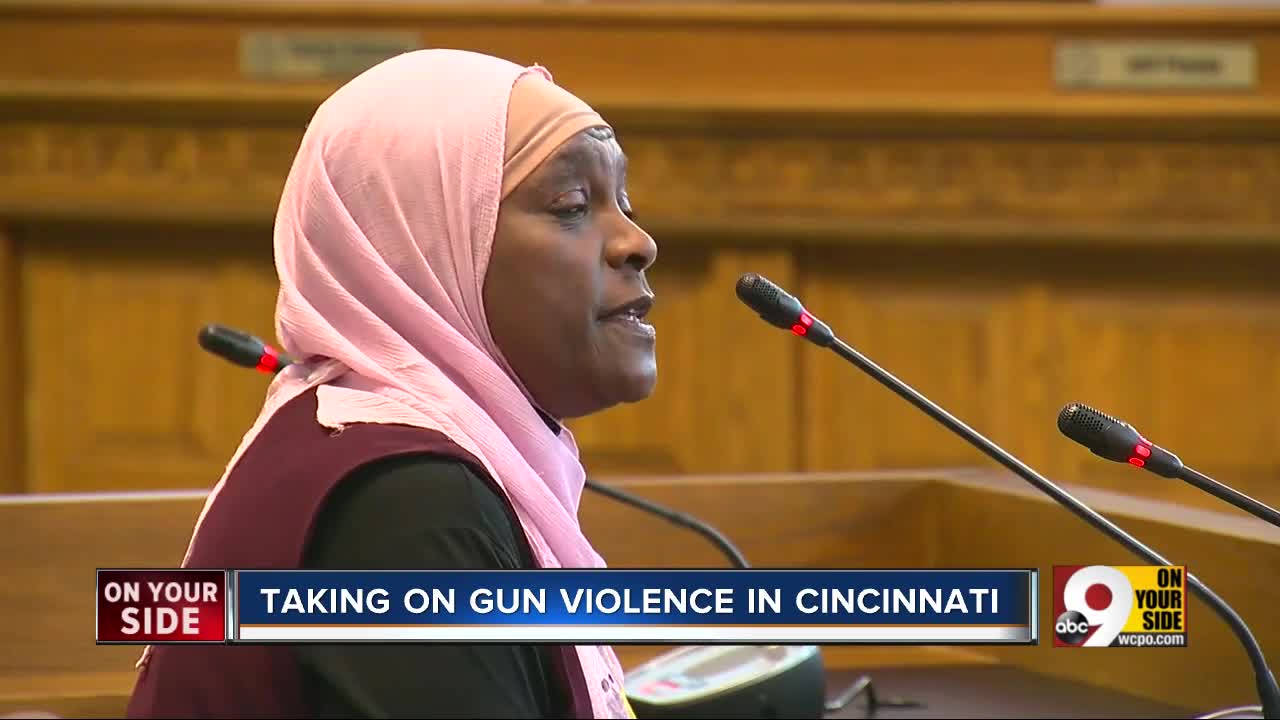 Council members unanimously passed an ordinance they hope will help cut down on the level of gun violence in Cincinnati.

CINCINNATI — Cincinnati city council unanimously passed an ordinance Thursday to help push back on the recent spike in gun-related violence and homicide in the city.

The month of June alone saw 14 fatal shooting incidents, with victims as young as 14 years old.

"No one should be dying because of gun violence in the city, but especially children," said Sittenfeld.

The plan specifically outlines that the CIRV workers to be hired should have close ties within the Cincinnati community, and real experience with gun violence hot spot areas such as Avondale, OTR, East, West, and Lower Price Hill.

It also emphasizes the importance in local recreation centers to youth in Cincinnati. The ordinance allocates additional funding for these centers to extend their hours into the evening and on the weekends.

Council member Tamaya Dennard said she would support gathering more direct input from residents, instead of from police. She said she did not believe throwing more officers into hot spot communities or increasing patrols would be effective.

"We spent two-thirds of our budget on public safety, for what?" said Dennard. "I mean, I respect the job (the police) do, Lord knows we need them, but just know more bodies is not necessarily the issue."

Cincinnati police chief Eliot Isaac, in attendance at the meeting, also emphasized the effort police have put out to reducing violence in the city.

"I'm glad to hear a lot of thoughts," he said. "I'm glad the council is considering some things that are really trying to work."

He added that responding to the gun violence spike does require more strength from CPD. Currently, the department is short more than 60 officers.