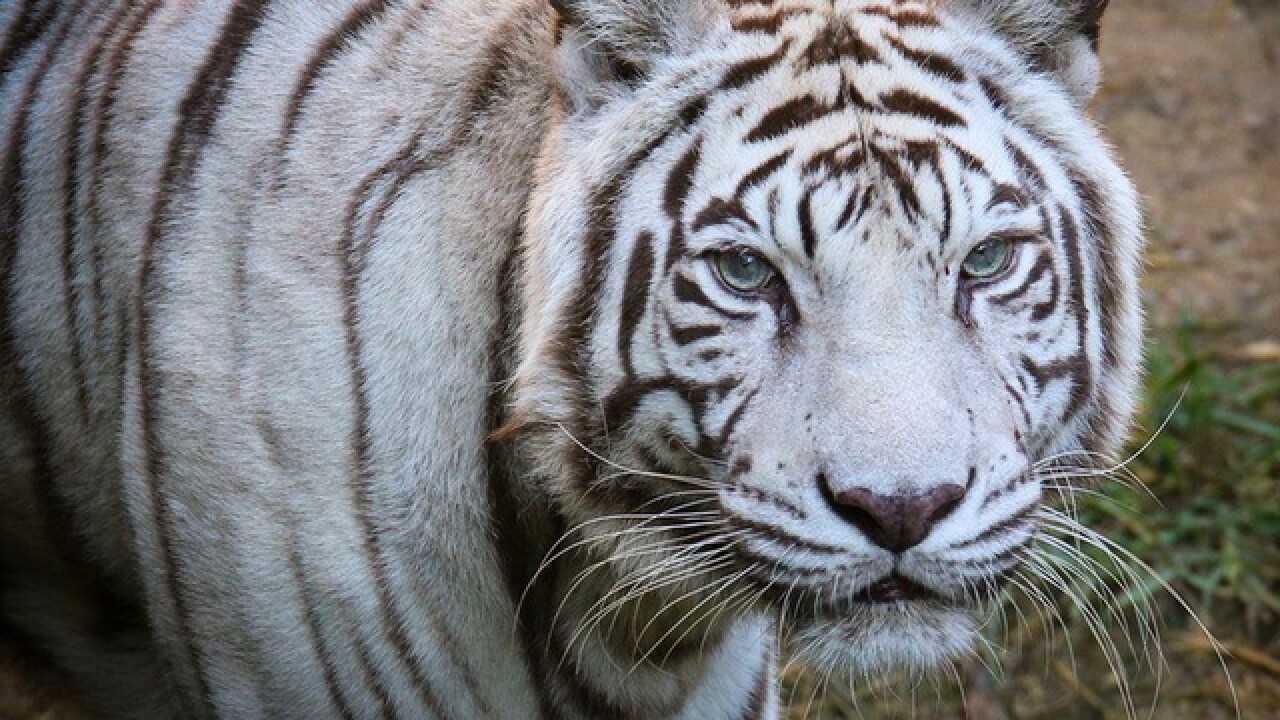 Copyright 2018 Scripps Media, Inc. All rights reserved. This material may not be published, broadcast, rewritten, or redistributed.
DJJAM Photo via the Cincinnati Zoo
<p>Popsy (Photo provided)</p>

CINCINNATI -- Popsy, the last white tiger at the Cincinnati Zoo & Botanical Garden and the oldest of her kind in an accredited North American zoo, died Thursday.

The zoo euthanized Popsy due to age-related issues, it said in a news release. She was 22, with the average white tiger lifespan being 15-20 years, according to the zoo.

"The animal health staff has been closely monitoring Popsy's medical condition over the past several months," said Dr. Mark Campbell, the zoo's director of animal life. "As a geriatric tiger she had several health issues we were managing and treating. The animal health and care staff collaboratively concluded that we were unable to continue to maintain her good quality of life."

Popsy came to Cincinnati from Nashville in June 1996. She and her sister, Erica, were named for the late Erich Kunzel, who was conductor of the Cincinnati Pops and a big supporter of the zoo's Cat Ambassador Program. Popsy spent 10 years with a male companion, Akere, who died in December 2017.

As Popsy aged, the zoo had modified the tiger habitat with ramps and a shallow section in the pool to make it easier for her to get around. The zoo said they also provide older animals with special diets and medical attention to keep them comfortable.

"Popsy was a great animal ambassador for her species for more than two decades and a favorite with our Zoo guests," said Mike Land, one of Popsy's caregivers and team lead in the Night Hunters exhibit. "For the last 12 years she was the 'Queen of Cat Canyon' and she let the other tigers know it. Her presence will be greatly missed."