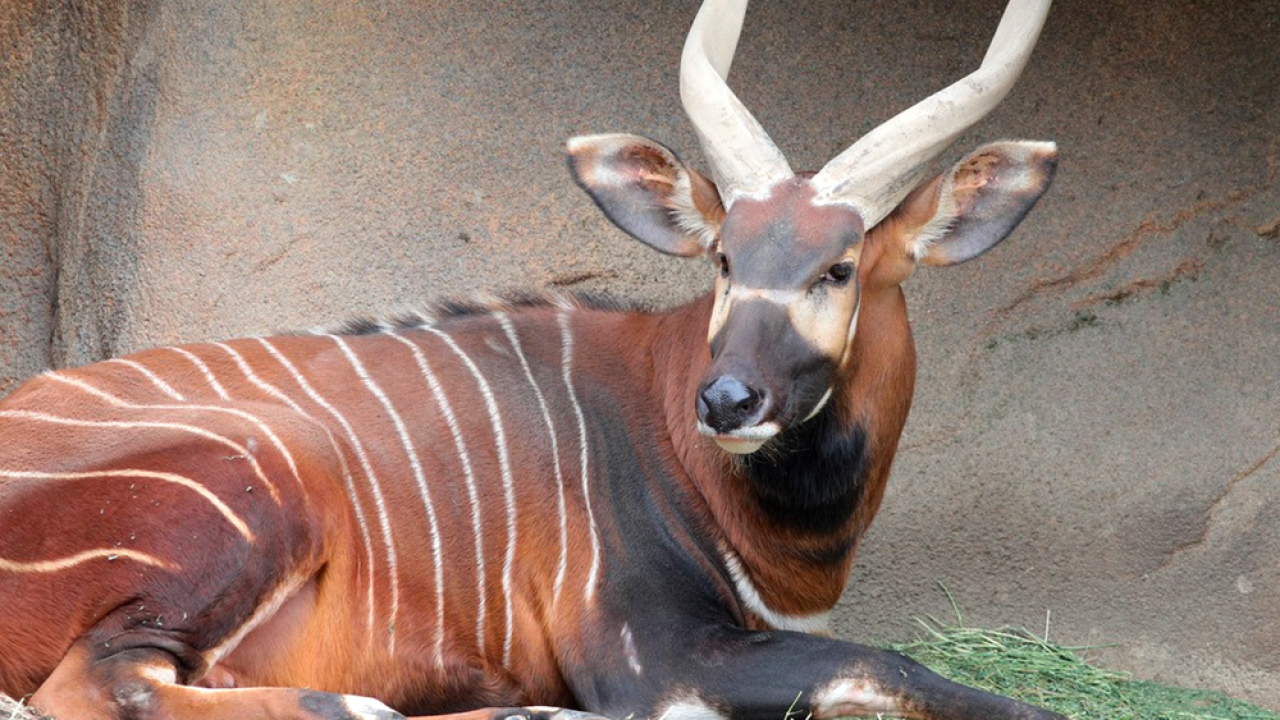 All babies are special, but not every one represents hope for a critically endangered species. That honor goes to a select few — including an imminent arrival at the Cincinnati Zoo.

According to a Facebook post from the zoo, female eastern bongo Stevie could give birth to her calf at any time.

“Eastern bongos are a critically endangered species so we are very excited,” the zoo wrote.

The eastern bongo is a striped forest antelope native to Kenya, although more live in zoos today than in their natural habitat. Logging and poaching have drastically reduced their numbers, according to the International Union for Conservation of Nature’s Antelope Specialist Group.

The species' small numbers have subsequently made bongo births in captivity major sources of celebration — and one young calf’s brief escape from her home at the Sacramento Zoo sent staffers into a panic in 2017.

That calf, Taylor Swift, was successfully corralled and taken back to her enclosure with her mother. We can only hope Stevie’s incoming delivery isn’t quite as adventurous.