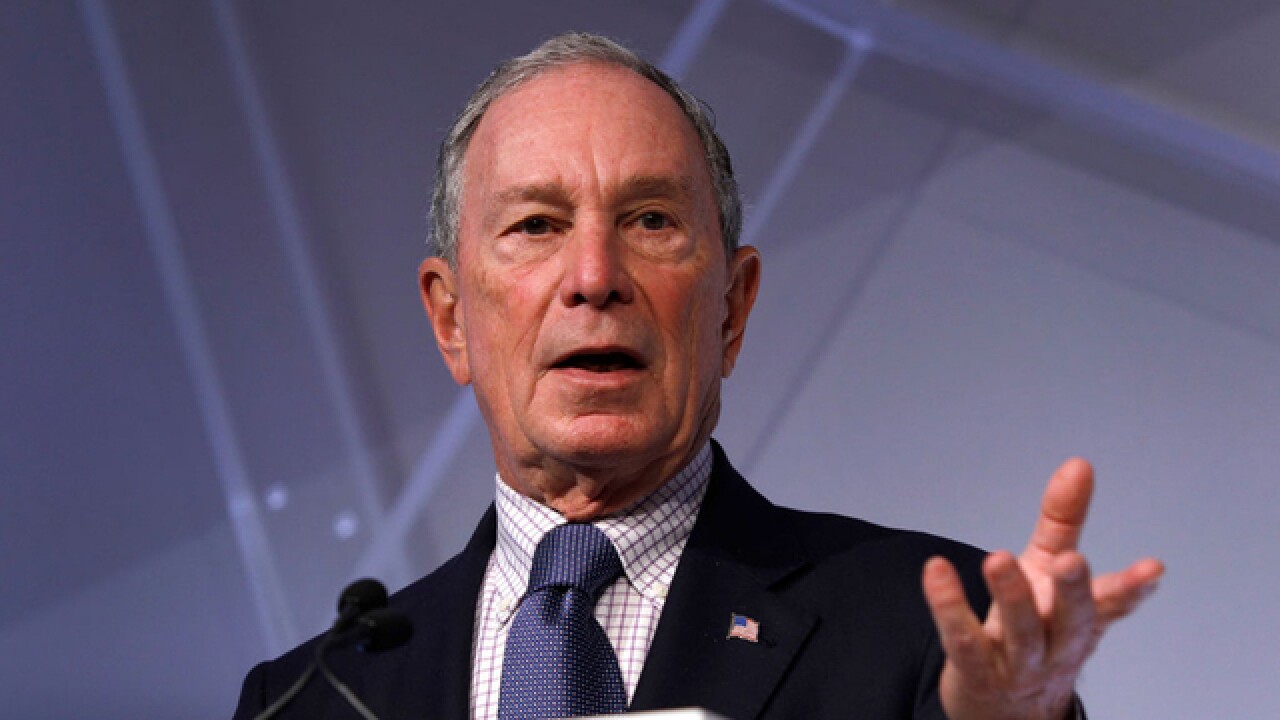 Image copyright 2018 Getty Images. All rights reserved. This material may not be published, broadcast, rewritten, or redistributed.
Bill Pugliano
<p>DETROIT, MI - OCTOBER 29: Michael Bloomberg, billionaire and former Mayor of New York City, speaks at CityLab Detroit, a global city summit, on October 29, 2018 in Detroit, Michigan. Bloomberg is considered to be a potential Democratic presidential candidate for the 2020 election. (Photo by Bill Pugliano/Getty Images)</p>

Greater Cincinnati Water Works will use the money for large-scale renewable energy generation, to power the municipal energy load with 100 percent renewable energy and to "engage corporate partners around sustainability," the organization said in a news release.

"Cities are helping to keep America moving forward on climate change despite the lack of leadership from Washington, and this challenge was designed to help innovative mayors reach their goals," Mike Bloomberg said in a written statement. "We were looking for cities with ambitious and realistic plans to cut emissions in ways that improve people's lives, and mayors committed to getting the job done. Each of these winning cities brings those ingredients to the table - and we’re looking forward to working with them and seeing what they can accomplish."

City officials said the group picked Cincinnati because of its "innovated and ambitious climate action plans" aimed at reducing air pollution and emissions.

"Cincinnati's sustainability efforts continue to gain national and international attention. It has become clear that cities and local municipalities will lead the global effort to fight climate change, and Cincinnati is on the front lines," Mayor John Cranley said in a written statement. "I am encouraged by the changes we are making, but we have a lot of work left to do."