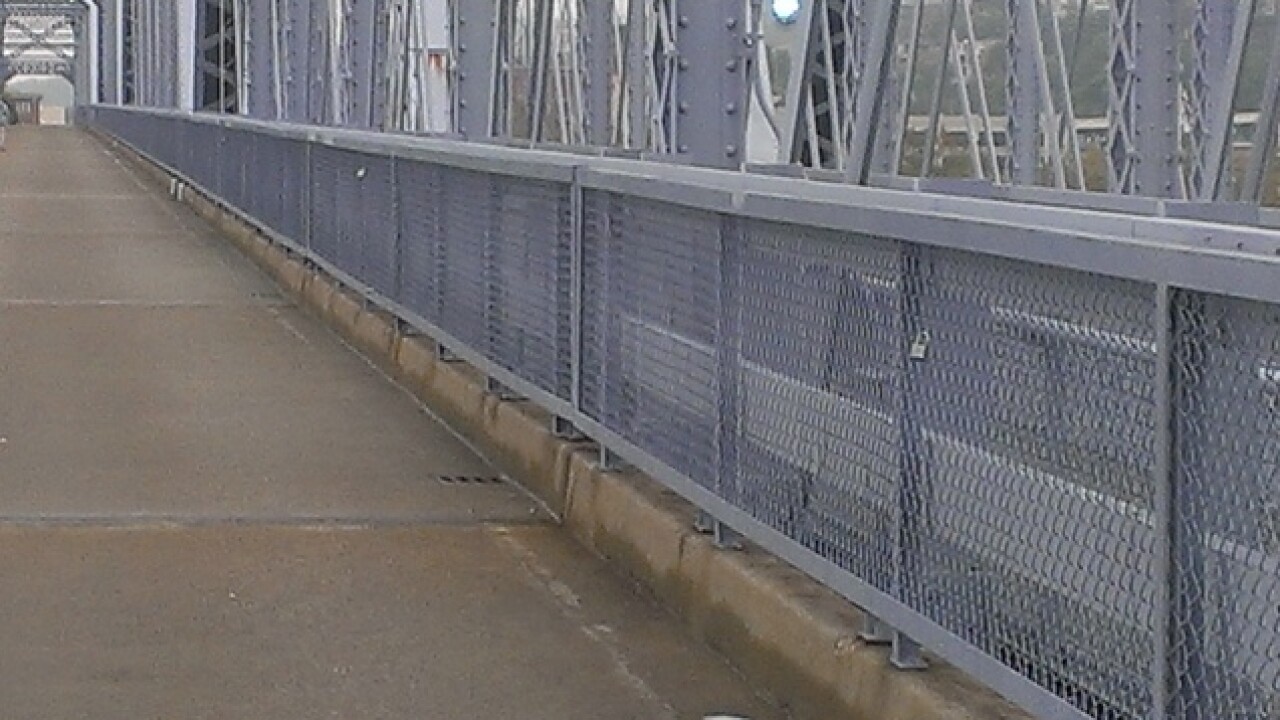 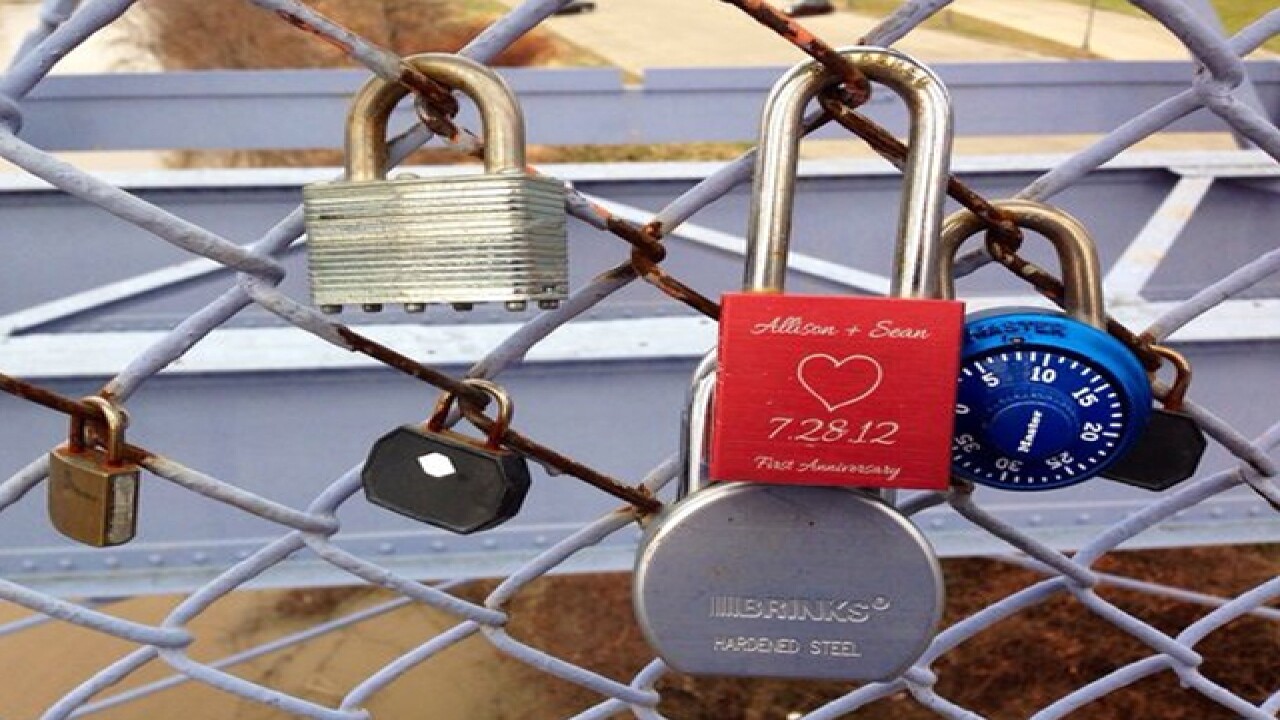 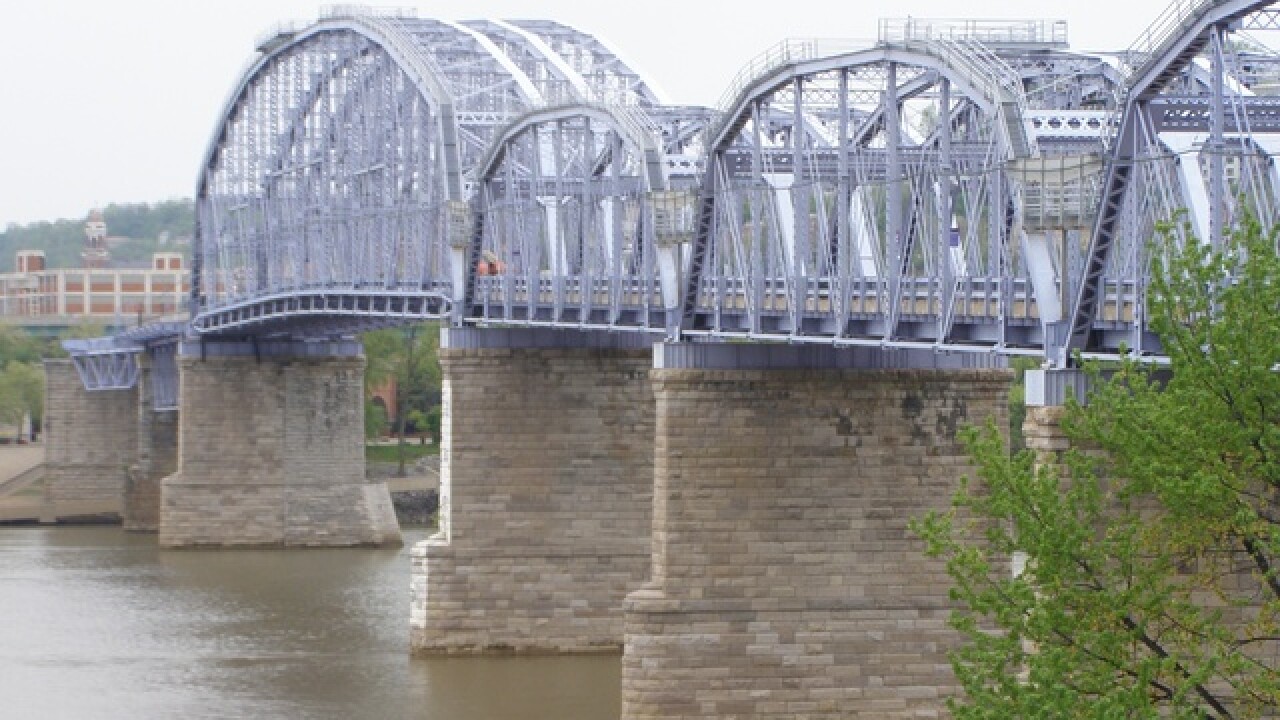 CINCINNATI -- The issue of who exactly is responsible for keeping the historic "Purple People Bridge" from falling into the Ohio River below is the crux of a lawsuit the Queen City filed Friday against Newport, Kentucky, and two other defendants.

The City of Cincinnati is accusing Newport, the Kentucky Transportation Cabinet and the Newport Southgate Bridge Company of neglecting the Louisville and Nashville (L&N) Bridge in violation of the National Historic Preservation Act and local ordinances.

The bridge opened in 1872 as the first railroad bridge to span the Ohio River between Cincinnati and Kentucky, and it joined the National Register of Historic Places in April 2001.

Ohio and Kentucky agreed in 1962 that Kentucky's Department of Highways "shall bear all costs of routine maintenance" for operating, maintaining and repairing the L&N Bridge.

The 11-page lawsuit says several large stones fell from the bridge in October 2011 onto the Bicentennial Commons park below. Other issues found during a December 2011 inspection include heavy cracking and deterioration of the sandstone blocks underneath the bearing pedestals, non-functioning steel expansion bearing assemblies, failed steel dowels and severe corrosion.

In February 2012, Cincinnati demanded the defendants repair the bridge to "eliminate any risk to the public," but the lawsuit states the Kentucky entities claimed they no longer had any ownership or responsibilities for maintenance and repair according to additional agreements in 2002 and 2004.

The lawsuit says these additional agreements allowed Newport to convert the bridge into a pedestrian walkway after it closed to automobiles in 2001. It would then assume responsibility for future repairs.

An inspection in March 2016 estimates that necessary repairs to the bridge would cost $200,000, according to the lawsuit.

Cincinnati seeks to recover "monies expended by the city in obtaining inspections and reports regarding the condition of the L&N Bridge, as well as any outstanding fines and/or fees for violations of the Cincinnati Building Code and the city’s costs associated with bringing this (lawsuit)."

The complaint is available in the box below.