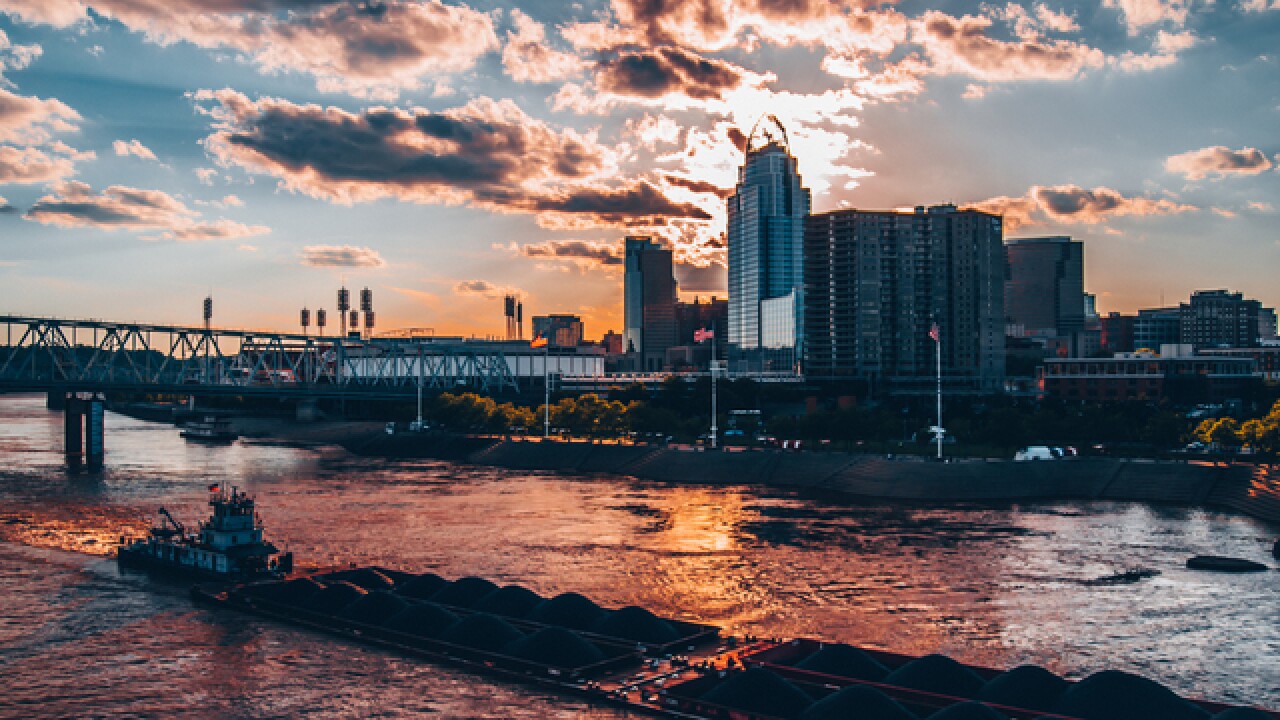 Copyright 2017 Scripps Media, Inc. All rights reserved. This material may not be published, broadcast, rewritten, or redistributed.
Dave Schmidt | WCPO contributor
<p>Barges move along the Ohio River in the setting sun.</p>

CINCINNATI -- The next time you hear somebody complain that there's nothing to do in Cincinnati, slap them with this ranking: The Queen City is America's 13th most fun city.

WalletHub chose to define a fun city as somewhere "that packs a little bit of everything for everyone -- except maybe Johnny Knoxville and his extreme-thrill-seeking posse."

Its analysts crunched numbers from 58 metrics including details like fitness centers per capita, movie costs and average open hours at breweries. They split the metrics across the three key dimensions of entertainment and recreation, nightlife and parties and costs to calculate the final ranking. WalletHub said it only considered the city proper in each case and excluded surrounding metro areas.

So, where's the least fun city in the country? That unfortunate distinction goes to Oxnard, California.

Unfortunately, the Tri-State didn't fare so well in a WalletHub ranking earlier this year that compared states as a whole. Ohio ranked as America's 36th most fun state (ouch!), trailed by Indiana at No. 45 and Kentucky in 47th place. I guess WalletHub has never heard about the Commonwealth's Bourbon Trail.

See the ranking's full details and methodology at the website here.