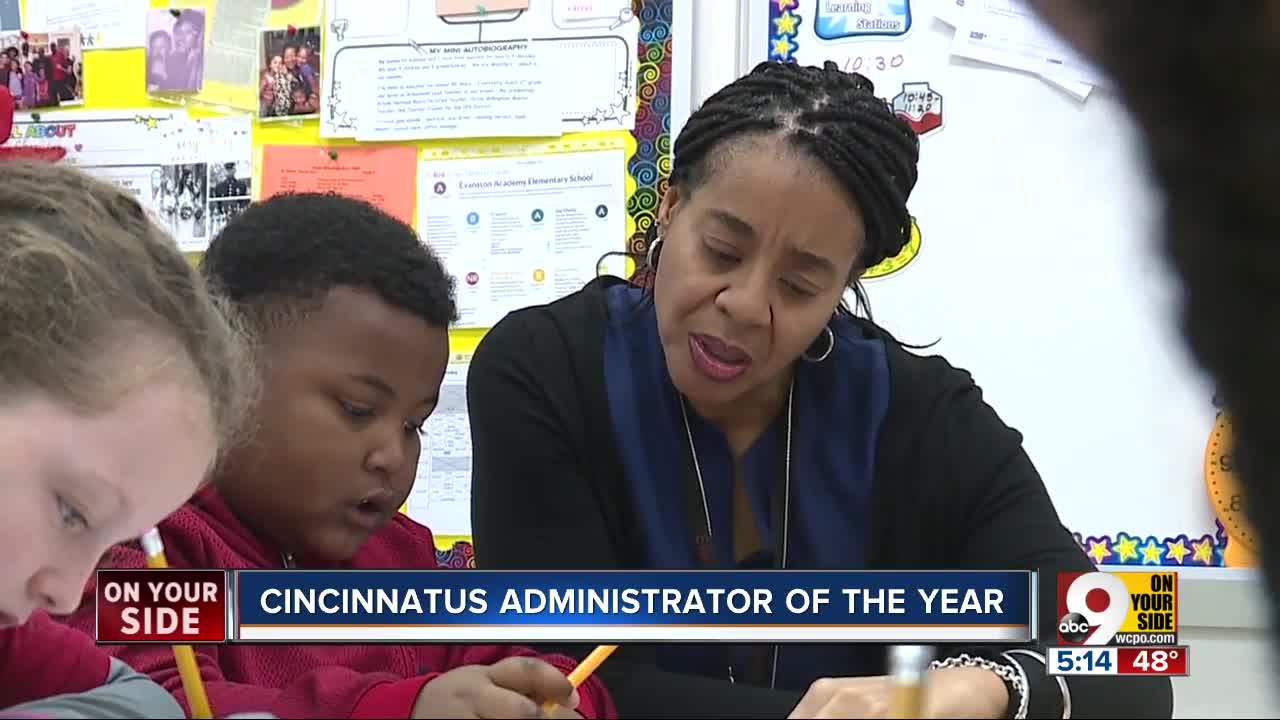 Principal Stacey Hill-Simmons, the longest serving principal in the Cincinnati Public School district, is now also the Cincinnatus Administrator of the year.

CINCINNATI — Hiding something from the school principal is no easy feat, especially an enormous surprise, but staff, students, and family pulled it off when they surprised Evanston Academy Principal Stacey Hill-Simmons with a special award Tuesday.

Hill-Simmons, the longest-serving principal in the Cincinnati Public School district, is now also the Cincinnatus Administrator of the Year.

The award, recipients of which are chosen by teachers, principals and community members, is one of the highest honors in education.

“She is in the classroom where the magic is happening," Amat said. "She's giving feedback, she's celebrating students and staff."

Evanston Academy was identified in December as one of two Ohio schools to be named a 2019 Distinguished School, according to the CPS website. Evanston Academy is one of 100 schools in the country to earn the national honor.

"I am trying to lead by example and do good things for kids unselfishly,” Hill-Simmons said. “I'm proud of what happens here at Evanston. It's a great community. I love it here.”