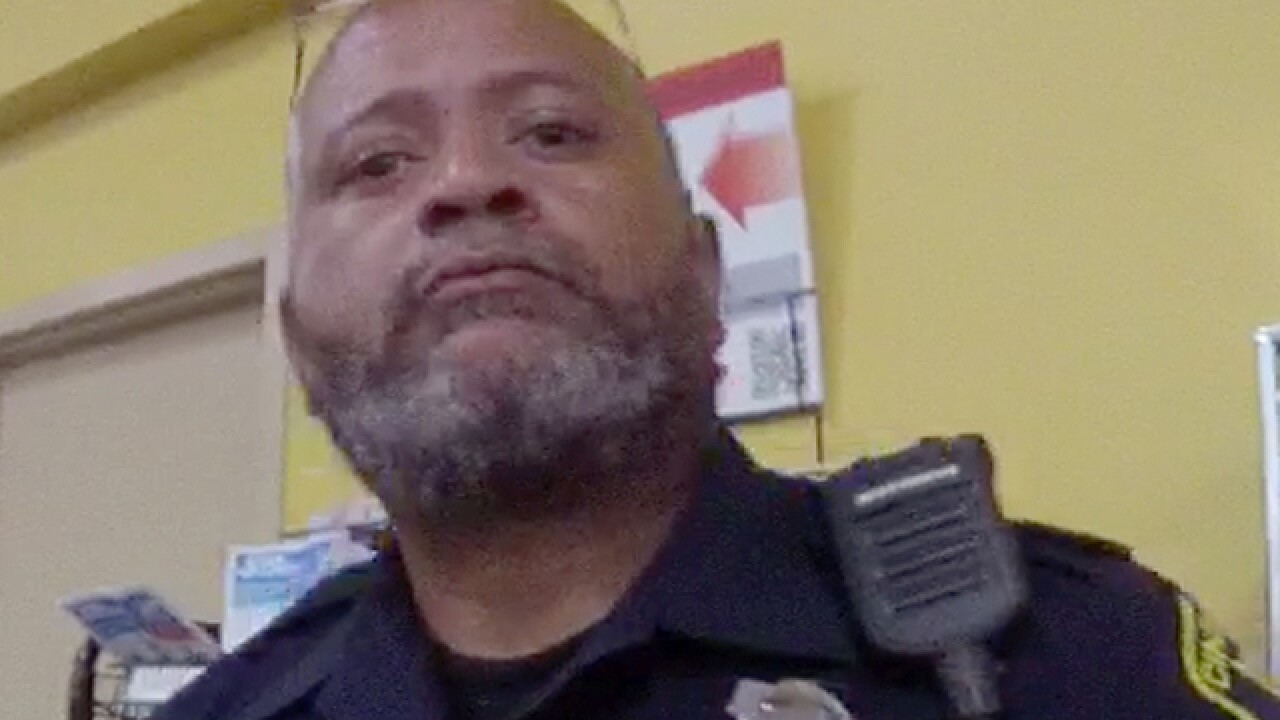 Copyright 2018 Scripps Media, Inc. All rights reserved. This material may not be published, broadcast, rewritten, or redistributed.
<p>Officer Kevin Brown</p>

Referring to 11-year-old Donesha Gowdy as “the subject” and “a theft suspect,” Fraternal Order of Police president Dan Hils announced Tuesday that Officer Kevin Brown had been cleared of accusations he used excessive force when stunning the girl with a Taser in August 2018.

Brown will be awarded back pay for the seven days he spent suspended after the incident, according to Hils.

Arbitrator Tobie Braverman disputed the initial findings of the Cincinnati Police Department and ruled he had followed CPD guidelines about use of force, which then permitted the use of a Taser on anyone between the ages of 7 and 70, although he had failed to warn Gowdy before stunning her and did not turn on his body camera until after she had been detained.

“He was broken-hearted over the whole incident, the way he was treated,” Hils said of Brown.

Hils said he blamed local media, City Council and police Chief Eliot Isaac, all of whom he accused of “Monday morning quarterbacking” as they analyzed Brown’s actions, re-examined use-of-force guidelines for the department and settled with Gowdy’s family for $240,000.

“For lack of a better term, people shot off their mouth,” Hils said.

Isaac had, after the incident, released a statement indicating he was disturbed to learn a Taser had been used on a preteen. He issued three reprimands for Brown.

“We take these matters very seriously and are extremely concerned when force is used by one of our officers on a child of this age,” he said.

Hils would respond on radio guest appearances, accusing others (including Eliot) of waging a war on police by failing to support them in use-of-force incidents.

What happened the night of Aug. 6, 2018, according to multiple accounts, was this.

Brown had been working an off-duty detail providing security at the Kennard Avenue Kroger store when he noticed Gowdy and a group of other girls shoplifting. He ordered her three times to stop; she instead ran, and he used his Taser to stun her before taking her into custody.

An internal use-of-force review found Gowdy had been carrying $53.81 in stolen items such as candy, beef jerky and infant clothing in her backpack. Gowdy cried as firefighters removed the Taser barbs from her back, and Brown attempted to comfort her.

Sitting in a back office at the Kroger with Gowdy, Brown — who, like Gowdy, is black — told her: "This is why there aren't any grocery stores in the black community, because of all this going on.”

Hils argued Tuesday that Gowdy should have known to stop the first time and that an 11-year-old is old enough to take responsibility for breaking the law.

He does not anticipate that the city will challenge the arbiter’s decision.

After the incident, Gowdy wrote this apology to Kroger:

“I Donesha Gowdy is writing this letter to apologize to the Kroger company … to say I’m sorry for stealing from the store in will not do it again.”