Just how polluted is Cincinnati's air? 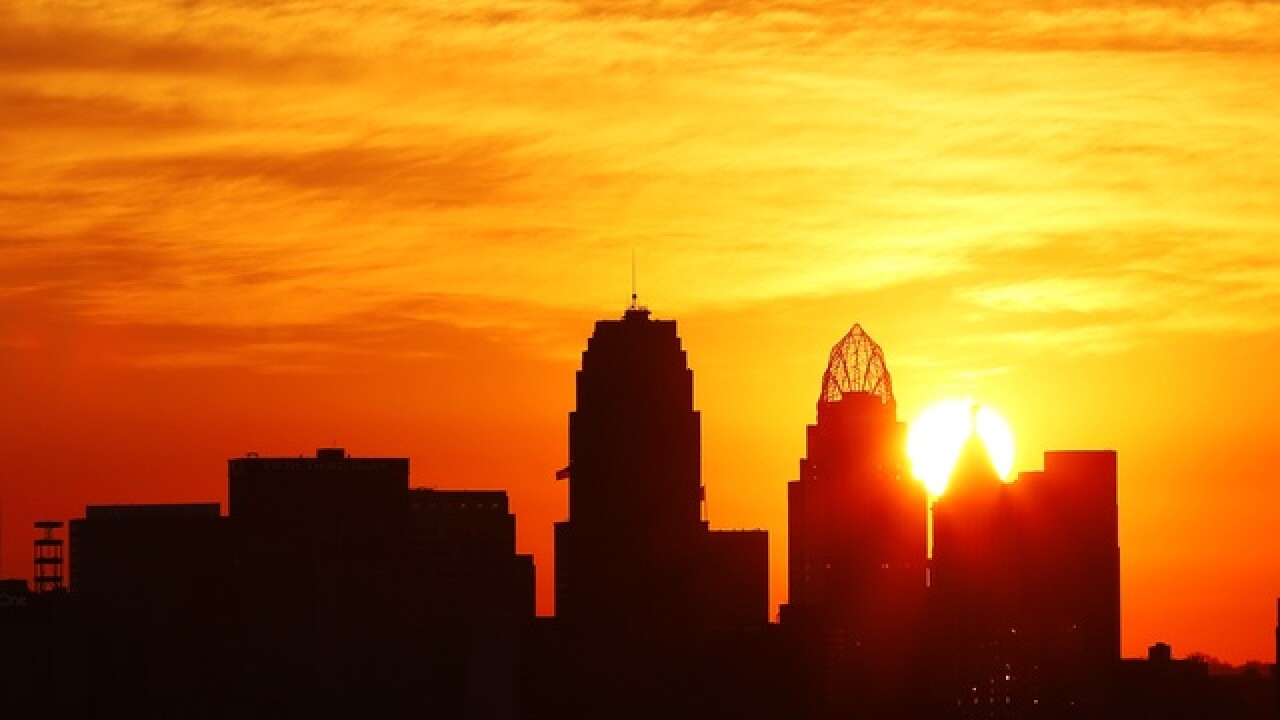 CINCINNATI -- Spring allergies got you down? It turns out that pollen may not be the only culprit causing breathing issues in the Tri-State.

Cincinnati tied as the 14th most polluted metro area in the United States for year-round particle pollution (soot) in the American Lung Association's  2016 “State of the Air” report that came out Wednesday.

Despite tying as the 14th worst, the area has decreased in year-round particle pollution since the 2015 report, improving to its best levels ever recorded so that it now meets national air quality standards. The Cleveland, Louisville and Indianapolis metro areas all had particle pollution levels worse than Cincinnati.

“Particle pollution is made of soot or tiny particles that come from coal-fired power plants, diesel emissions, wildfires and wood-burning devices. These particles are so small that they can lodge deep in the lungs and trigger asthma attacks, heart attacks and strokes, and can even be lethal,” said Shelly Kiser, director of advocacy for the American Lung Association in Ohio. “Year-round particle pollution levels have dropped thanks to the cleanup of coal-fired power plants and the retirement of old, dirty diesel engines.”

Hamilton County returned to being the most polluted county in the metro area. Last year’s report had Butler County with the highest level, but this year’s level resumes the gradual decline from 2003-2005.

“In spite of improvements, the 2016 State of the Air report still finds unhealthful levels of both particle pollution and ozone in the Hamilton County area, putting our local citizens at risk for premature death and other serious health effects such as asthma attacks and cardiovascular harm," said Shelly Kiser, Director of Advocacy for the American Lung Association in Ohio.

The metro area continued to reduce ozone pollution from 2012 to 2014, as seen in the 2015 report. Moreover, ozone levels are still much better than the worst period from 1997 to 1999, when the area had 54.3 days of unhealthy ozone levels.

Hamilton County had the highest weighted average in the metro area for ozone levels. The county had 13.8 days (an F) with unhealthful levels of ozone, better than the 22 days in 2011-2013.

“Ozone is harmful to public health and especially children, older adults and those with asthma and other lung diseases,” Kiser said. “When older adults or children with asthma breathe ozone-polluted air, too often they end up in the doctor’s office, the hospital or the emergency room.”

Nationwide, ozone pollution has decreased because the nation has cleaned up major sources of the emissions that create ozone, especially coal-fired power plants and vehicles. However, according to research, climate change causes warmer temperatures, which makes ozone harder to clean up.

“If we can do more to save lives—we should, and we can,” Kiser said. “The Lung Association calls on Ohio’s leaders to develop a strong strategy for implementing the Clean Power Plan and reinstating our state’s renewable energy and energy efficiency standards to reduce harmful emissions from power plants that worsen climate change and immediately harm health.”

Learn more about the Hamilton County rankings, as well as air quality across Ohio and the nation in the 2016 State of the Air report here.

Read the full report below.