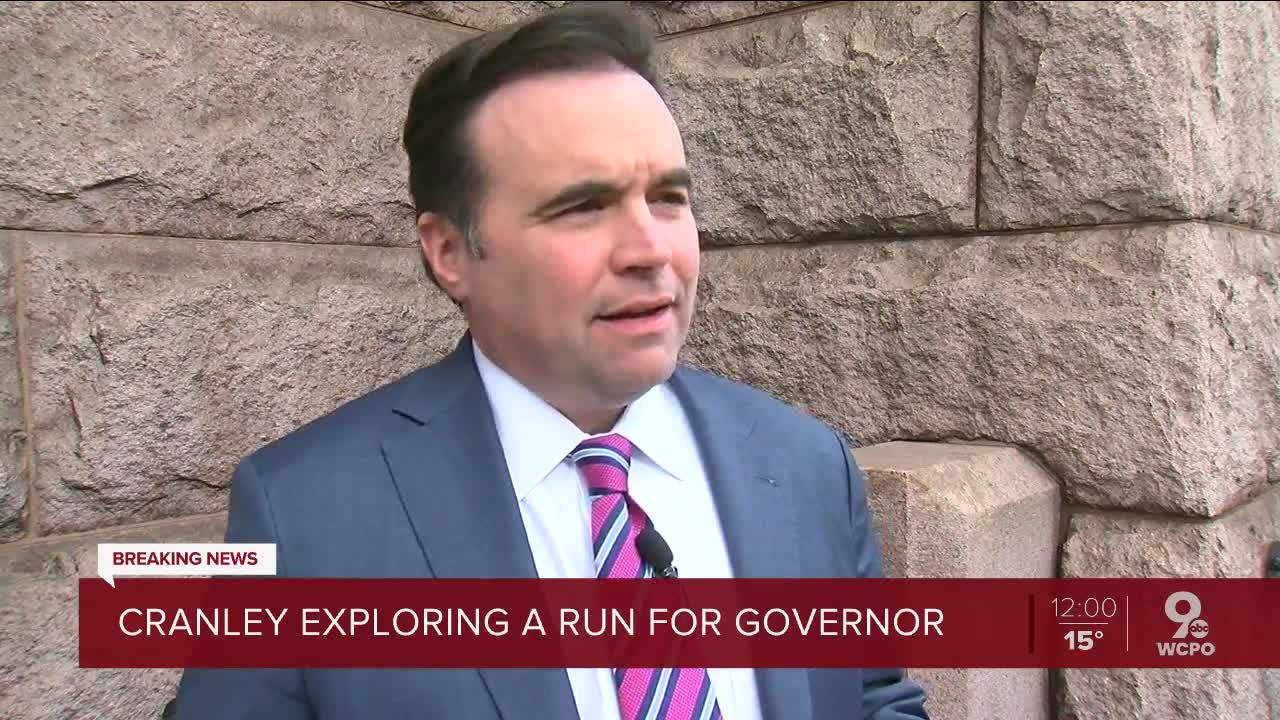 Cranley, a Democrat, is the first candidate in Ohio to publicly announce a possible run for governor. 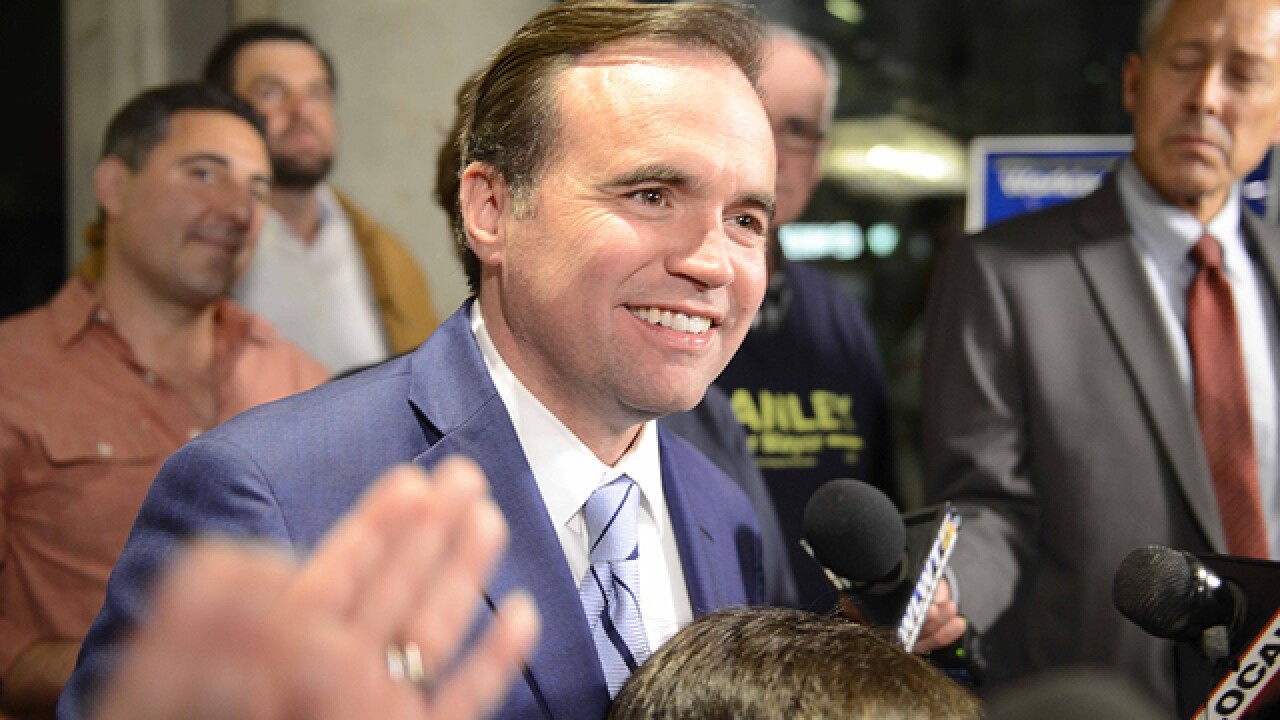 CINCINNATI — Cincinnati Mayor John Cranley announced today that he is exploring a run for Ohio governor in 2022.

Cranley, a Democrat, is the first candidate in Ohio to publicly announce a possible run for governor. He is hoping the Queen City’s success in adding population and jobs over the past decade will appeal to voters in cities that haven’t fared as well, such as Cleveland, and in suburban areas where a moderate party stance may resonate.

“I am exploring a run for governor because Ohio is falling behind and must do better," Cranley said in a prepared statement. "For years Ohio's middle class has been shrinking under the weight of the state's failed policies. Cincinnati's comeback, population and job growth that buck Ohio's overall track record is a better way forward."

How Ohio voters react in the November presidential election may be the deciding factor for Cranley and other potential Democratic candidates as they consider a run in a red-leaning state that Donald Trump easily won in 2016 by appealing to blue collar voters.

While Cranley is the first Democrat to declare interest in the governor’s race, other possible contenders include Dayton Mayor Nan Whaley and U.S. Rep. Tim Ryan from Youngstown.

"Democrats have a deep bench of public servants across Ohio and given that Ohio just had its worst jobs year since 2009, I'm not surprised some are already stepping up to run in 2022," said Ohio Democratic Party Chairman David Pepper.

Ohio Republicans have held a stronghold on the governor’s office for most of the past three decades. Voters elected Republican Mike DeWine in a close race in November 2018 and he is eligible to run for re-election.

"I think he has a real challenge. I think Republicans have done extraordinarily well in Ohio in the last several cycles. This is a red state," said Hamilton County Republican Party Chairman Alex Triantafilou.

Speculation has been brewing that Cranley would run for a statewide office because he is term limited from seeking a third term as mayor in 2021.

As mayor, Cranley, a pro-business Democrat, has prioritized public safety and basic services such as road repairs, and public-private partnerships that helped revitalize Downtown and Over-the-Rhine and bring growth to neighborhoods such as Oakley and Madisonville.

His work on the environment (the city’s solar panel project), improving minority inclusion for city contracts, immigration (proclaiming Cincinnati as a sanctuary city) and reducing poverty through his Hand Up Initiative may resonate with Democrats in Ohio. He also has historically won strong union support.

But Cranley won't have the name recognition, or the record, to compete with DeWine, Triantafilou said.

“When people think of Governor DeWine they just think of good government. This isn’t a person with flash or pizazz. It’s someone who is really committed to Ohio," Triantafilou said.

Cranley, 45, has spent the past 20 years in public service starting in 2000, when he was the youngest person in the nation to run for Congress. His unsuccessful race against Republican Congressman Steve Chabot was featured in the MTV documentary show “True Life.”

He served on Cincinnati City Council from 2000 to 2009, where he pushed to create tax increment finance districts and helped lead the effort to create the Collaborative Agreement after the 2001 riots.

He won a second term in a closer race against Yvette Simpson in 2017 by using the largest get-out-the vote effort in the history of a Cincinnati mayoral campaign.

He also raised a massive war chest in that race: nearly $2.5 million – which is how much he will likely need to raise in a statewide Democratic primary campaign for governor.

But for a general election campaign against a high-profile Republican like DeWine, Cranley will likely need to raise $20 million to boost his name recognition with voters statewide.

Cranley grew up in Price Hill, is a graduate of Harvard Law School and Harvard Divinity School and co-founder of the Ohio Innocence Project at the University of Cincinnati’s law school.

He lives in Hyde Park with his wife, Dena, and his son, Joseph.