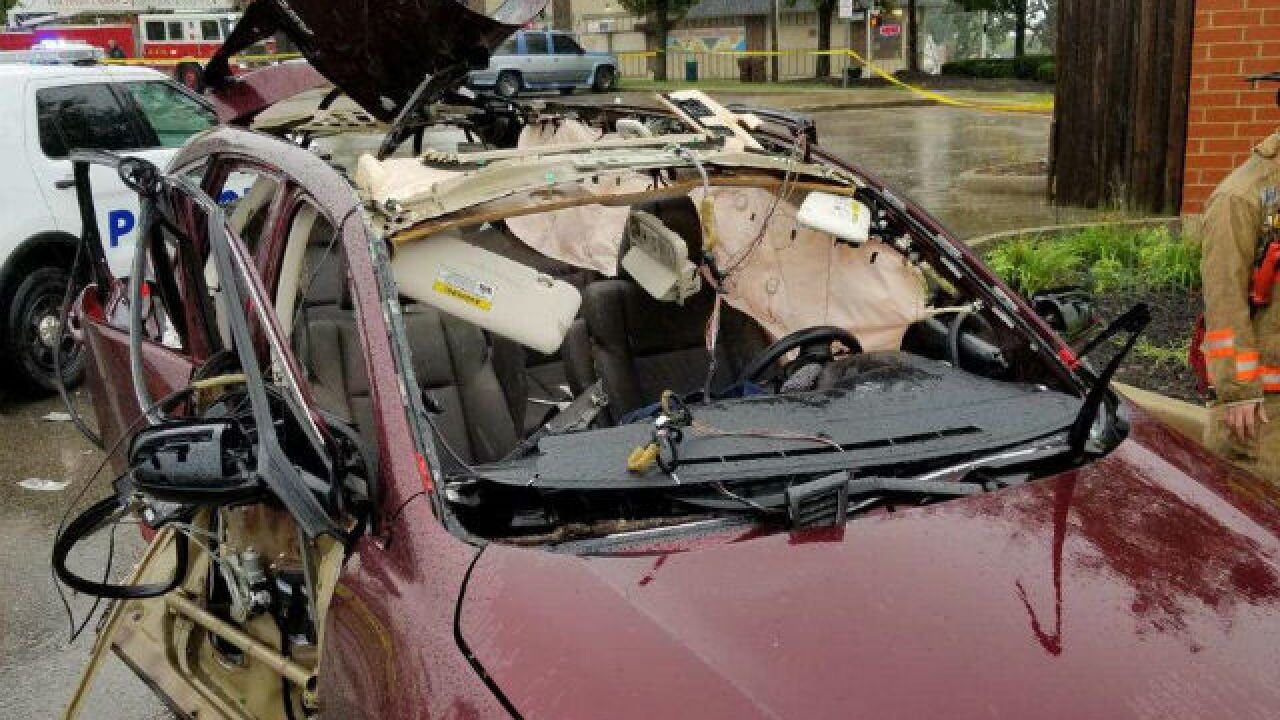 Copyright 2018 Scripps Media, Inc. All rights reserved. This material may not be published, broadcast, rewritten, or redistributed.
<p>Cincinnati Fire and HAZMAT crews on the scene of a vehicle explosion in Evanston.</p>

CINCINNATI -- Firefighters and the hazardous materials team are investigating a vehicle explosion in Evanston.

The vehicle exploded near the intersection of Woodburn Avenue and Montgomery Road. One occupant was injured and transported to an area hospital, according to the Cincinnati Fire Department.

Images of the vehicle explosion on Woodburn Ave. near Montgomery Rd. One occupant of this vehicle was transported to the hospital. There are no street closures. Our hazardous materials team and our fire prevention specialists are investigating. pic.twitter.com/qp8xVtrH4g

In a tweet, the fire department said a propane tank being transported inside the vehicle led to the blast.

A propane tank being transported in this vehicle led to an explosion in Evanston. We have the cause under investigation. One person sustained injuries and was transported to the hospital. pic.twitter.com/kiGdChG48P

The HAZMAT team and fire prevention specialists are at the scene. Cincinnati police officers blocked a portion of Hewitt Avenue due to the investigation.