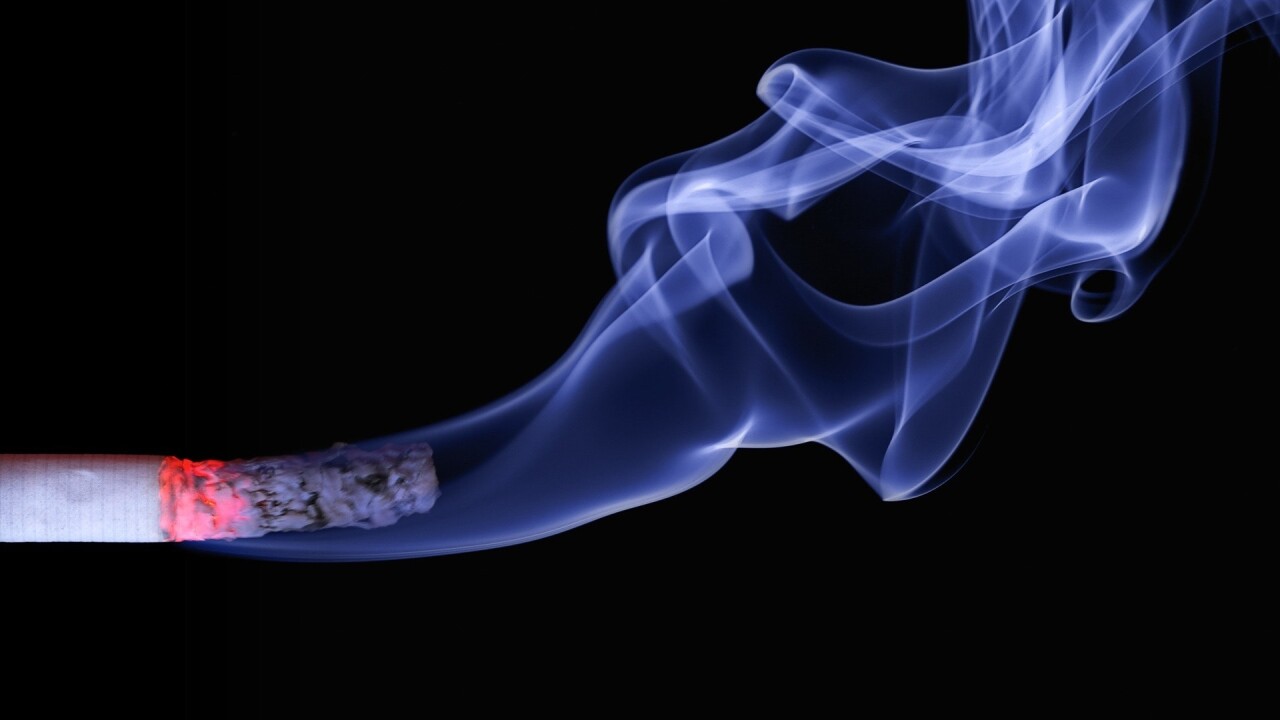 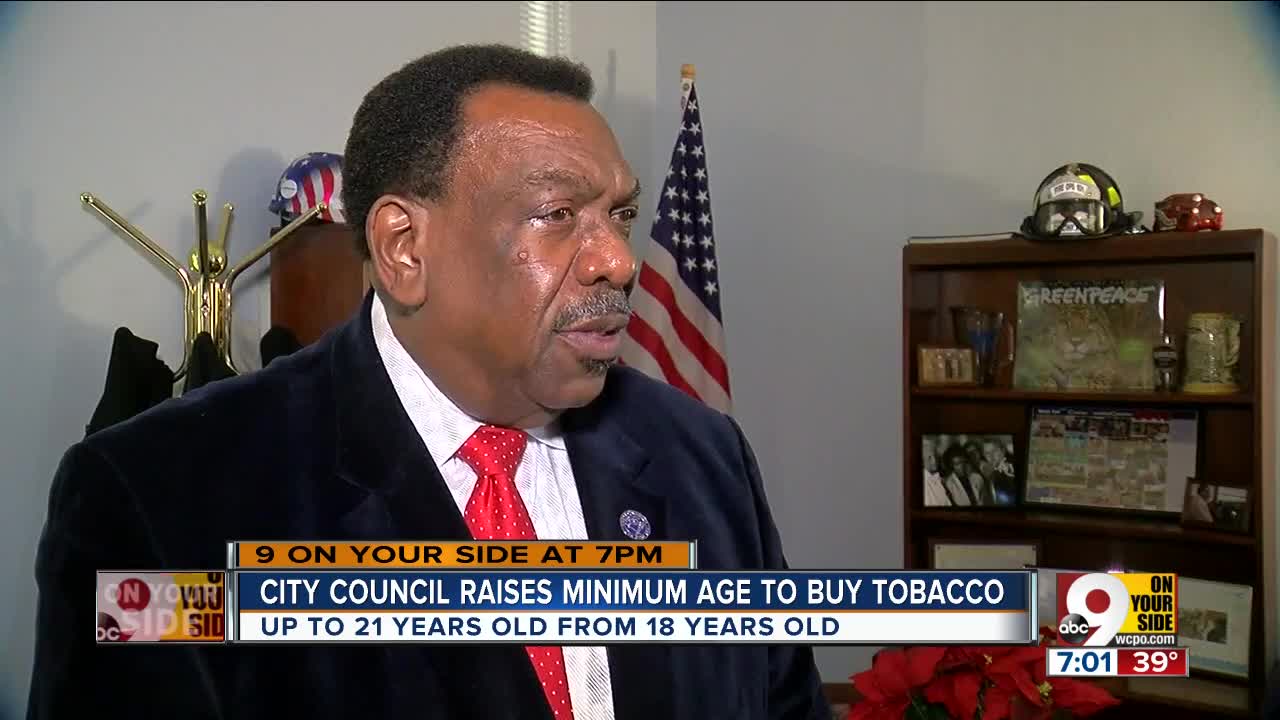 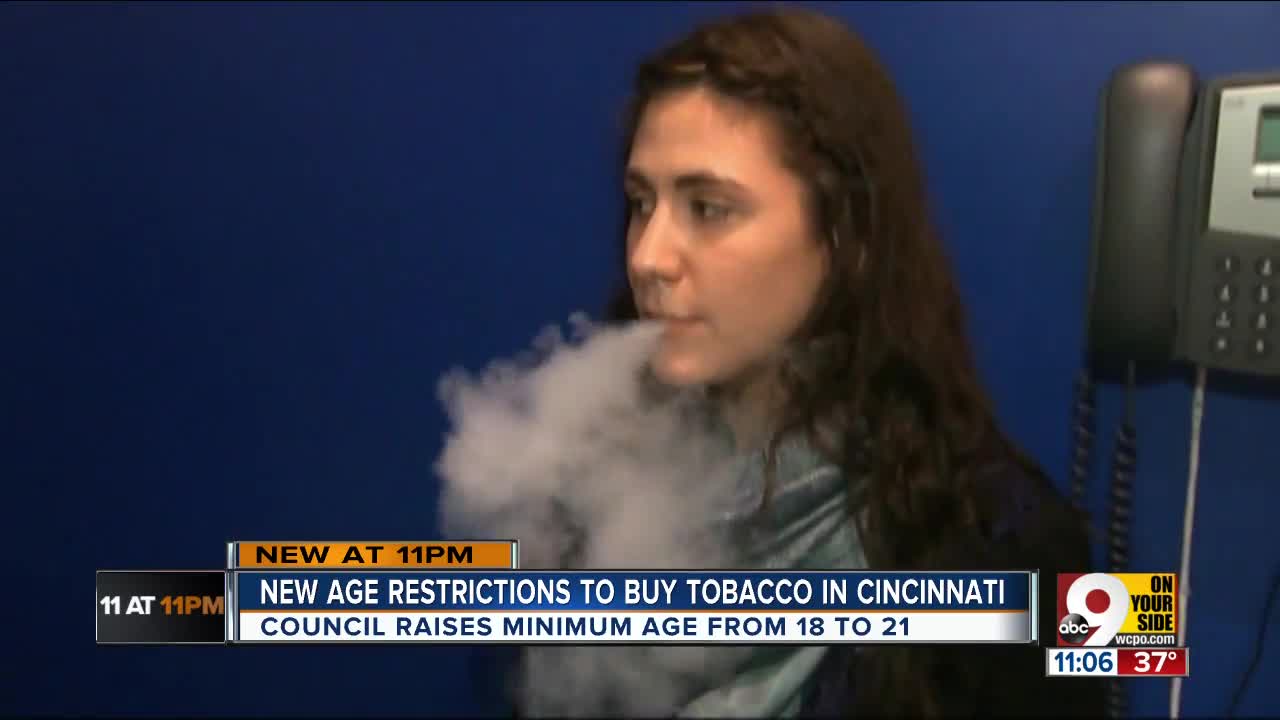 CINCINNATI — City Council voted Wednesday afternoon to raise the minimum age of tobacco purchase from 18 to 21, joining Cleveland, Columbus and Akron in their efforts to reduce habitual smoking among young people.

The ordinance, which was originally proposed by Councilwoman Tamaya Dennard and passed by a 5-3 majority, makes it illegal for businesses to sell tobacco products such as cigarettes and vape pens to anyone under 21.

“This is an opportunity to break the chain for some of our young people and perhaps prevent them from smoking or (make them) think again about smoking,” said Councilman Wendell Young.

According to the Centers for Disease Control and Prevention, most long-term tobacco use begins in adolescence; nearly 90 percent of smokers have their first cigarette by age 18.

Although e-cigarettes have been hailed by some as a tool to help adults stop smoking, the existence of fruit- and mint-flavored nicotine pods like those sold by Juul sparked widespread fears that such devices would lead to an upswing in nicotine use among teenagers.

The American Cancer Society and American Heart Association applauded City Council’s decision. Both organizations had partnered with the Cincinnati Health Department, Cradle Cincinnati, Hamilton County Public Health and others to push for Cincinnati to join the growing number of “Tobacco 21” cities across the country.

The ordinance will not take effect until December 2019.