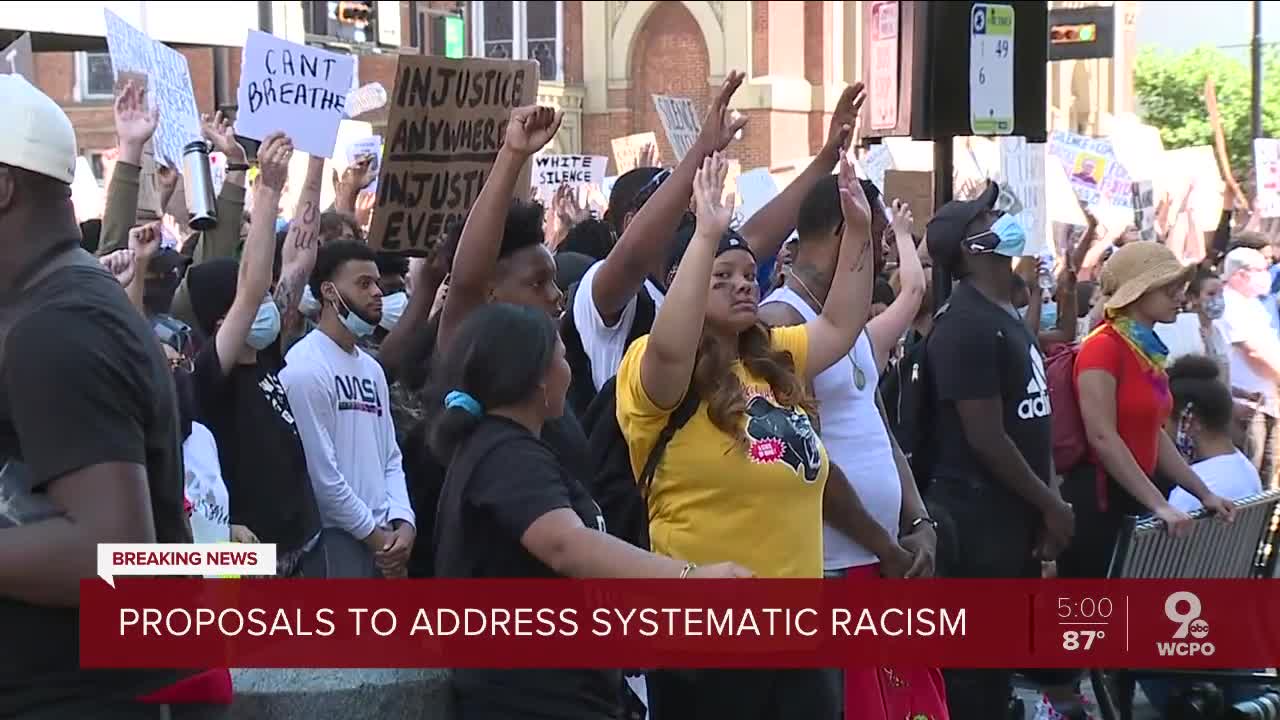 The proposed changes include making it illegal for the Cincinnati Police Department to hire an officer with a past record of excessive use of force or misconduct, prevent the police department from being militarized by the federal government and expanding bail reform.

CINCINNATI — A Cincinnati City Council member has proposed changes to the city's law enforcement practices as people march in protest of police brutality and the Minneapolis police killing of George Floyd.

P.G. Sittenfeld proposed policy change in response to the outcry, including making it illegal for the Cincinnati Police Department to hire an officer with a past record of excessive use of force or misconduct, preventing the police department from being militarized by the federal government and expanding bail reform.

As the community engages in the essential act of protest to channel righteous anger and demand change, the important question is: What should the agenda for reform look like? (1/long thread)

The Collaborative Agreement has prompted many improvements in the police department, Sittenfeld said, but he’d like to see a recommitment to those policies as well as steps to address systemic racism in the community.

Mayor John Cranley said the Cincinnati Police Department practices a very different set of use-of-force policies than it did 20 years ago.

The Cincinnati Police Department spent millions on upgraded body cameras earlier this year. The new technology was rolled out in February.

But Sittenfeld said it’s not enough to just point to the language in the agreement; it needs to be recommitted to, and some things, like the Citizen Complaint Authority, need to be fully funded.

In addition to investigating citizen complaints against police, the Citizen Complaint Authority also looks into serious police actions, including shots fired, deaths in custody and major uses of force.

“(It) boils down to priorities, right? Making sure that we have a progressive, reform-embracing police department that is accountable and making sure we’re doing our part to not shy away from tackling systemic racism, but saying we’re going to lean in to do everything we can in Cincinnati,” Sittenfeld said. “If it’s a priority, the budget reflects it. It’s as simple as that.”

Sittenfeld said he has directed the law department to start drawing up ordinances for some of his proposals. They would then go through the committee process.