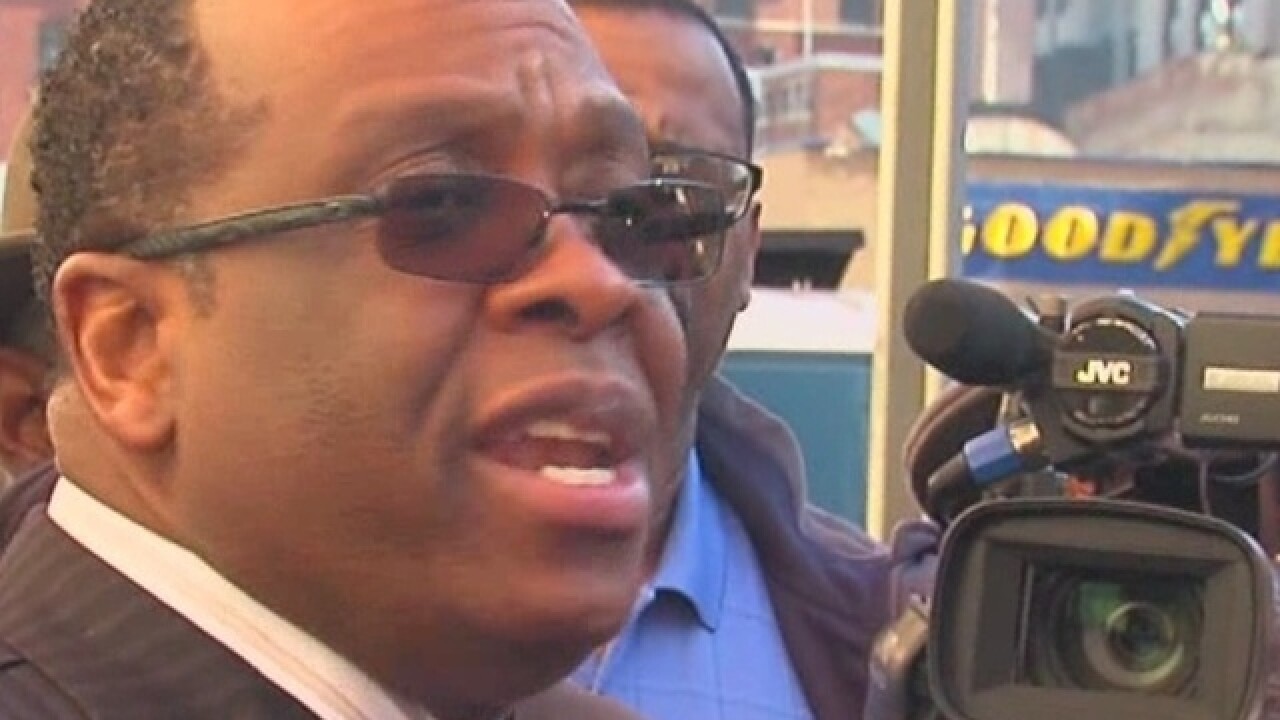 CINCINNATI -- "There will be no justice until we have a conviction."

One group -- the Countdown to Conviction Coalition -- held a demonstration in the lobby of Hamilton County Prosecutor Joe Deters' office lobby. The group was met by uniformed police officers and the demonstration ended peacefully.

The other group -- the Cincinnati Black Clergy -- held a press conference outside Deters' office shortly after the other demonstration ended. Prominent area minister Bishop Bobby Hilton spoke for the coalition at the press conference and announced a set of demands on behalf of the DuBose family.

"We call out and we ask Mr. Deters, please make a decision to retry this case quickly," Hilton said. "We would like to hear from Mr. Deters one week from today."

Deters is required to make a decision whether or not to retry before Nov. 28.

Tensing's yearlong murder trial ended Saturday in a mistrial. After 25 hours of deliberation, the 12 jurors could not agree on a verdict. Four jurors said Tensing was guilty of murder; eight said he was guilty of voluntary manslaughter.

"We are actively speaking with the jurors to find out what happened," Deters said on 700 WLW Monday. "We'll make a determination whether or not there's a probability of success at trial."

Mathews said he's troubled by city leaders and activists' reactions to the mistrial.