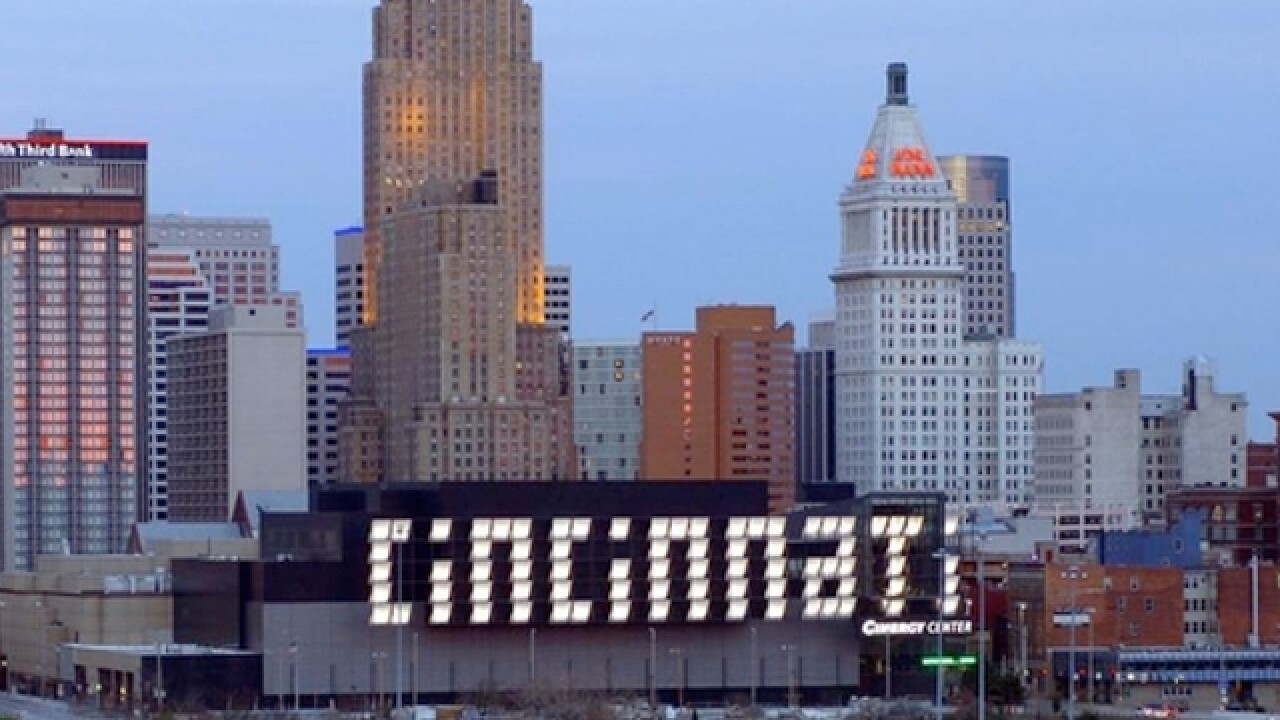 The Church of God in Christ Inc.’s Auxiliaries in Ministry (AIM) 2016 Convention was expected to draw more than 10,000 visitors between Monday, July 4 and its conclusion on Friday.

The Church, a Pentecostal-Holiness denomination primarily made up of African-Americans, has more than five million U.S. members. Organizers also expected delegates  from 56 other countries as well.

“This is a special organization, one of the largest African-American religious conventions in the country, and they couldn’t be coming at a better time for our city,” said Dan Lincoln, president and CEO of the Cincinnati USA Convention & Visitors Bureau, in a news release.

The Bureau expected direct spending from convention visitors to total about $2.2 million.

Jason Dunn, the bureau’s vice president of multicultural and community development, said he had walked past several restaurants this week that were bustling in normally slow times.

He’s also heard from convention attendees who said waitresses at local restaurants thanked them for coming, and added that they had to add more staff to serve customers this week.

The convention is not only having an economic impact, he said. It’s also having a spiritual one.

“There has been an abundance of people here worshipping and celebrating Christ,” he said. “The amount of energy in the convention is fascinating.”

Bishop Bobby Hilton, senior pastor of Word of Deliverance Ministries in Forest Park, was excited about the convention being here because it’s good news, he said, and he’s heard too much bad news lately.

“They’re here having a good time enjoying Cincinnati, and everything’s peaceful,” he said Friday. “It has been a wonderful, peaceful week.”

Hilton’s church isn’t part of the denomination, but he spoke to the attendees Monday along with a group of other local pastors.

Hilton said he was especially excited about the number of young people that attended. The gathering brought together five church auxiliaries, including the youth auxiliary, and the week included events geared toward young people.

“It was a great, great look at young people doing their best to grow up and become productive members of society, and pursue careers that will help them become leaders of our nation,” Hilton said.

AIM’s goal is to make its members more effective in ministry, and attendees honed their ministry skills in dozens of workshops. Topics ranged from “The Language of Dance” to “The Art of Effective Leadership.”

“There were almost 60 concurrent sessions,” Hilton said. “That’s how huge this convention is.”

It’s also the first convention for which the Bureau will offer its new multicultural platform, Vibe Cincinnati, which aims to create a welcoming environment for diverse audiences while it engages residents.

As part of Vibe's kickoff, the city offered free events and entertainment on Fountain Square.

It’s all about showcasing the region’s diversity of artists and entertainers to visitors from around the world, Dunn said.

As WCPO.com previously reported , after convention cancelations in the wake of the 2001 riots, the Bureau focused on attracting more multicultural conventions like this one to Cincinnati.

In the past decade, the city has hosted or booked 15 of the 25 largest multicultural conventions in the nation, which accounted for more than $40 million in visitor spending.

The Church of God in Christ AIM convention is part of a busy convention summer for the city. In a week, the NAACP will hold its national convention here for the first time since 2008.