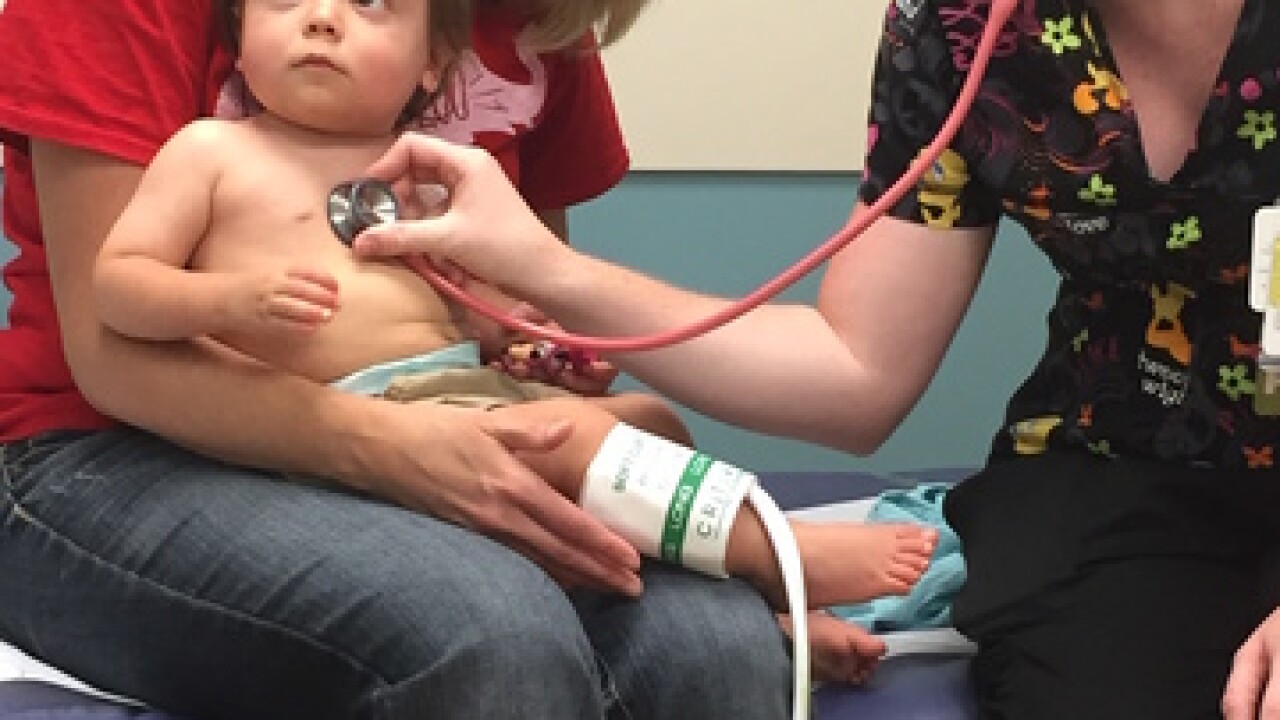 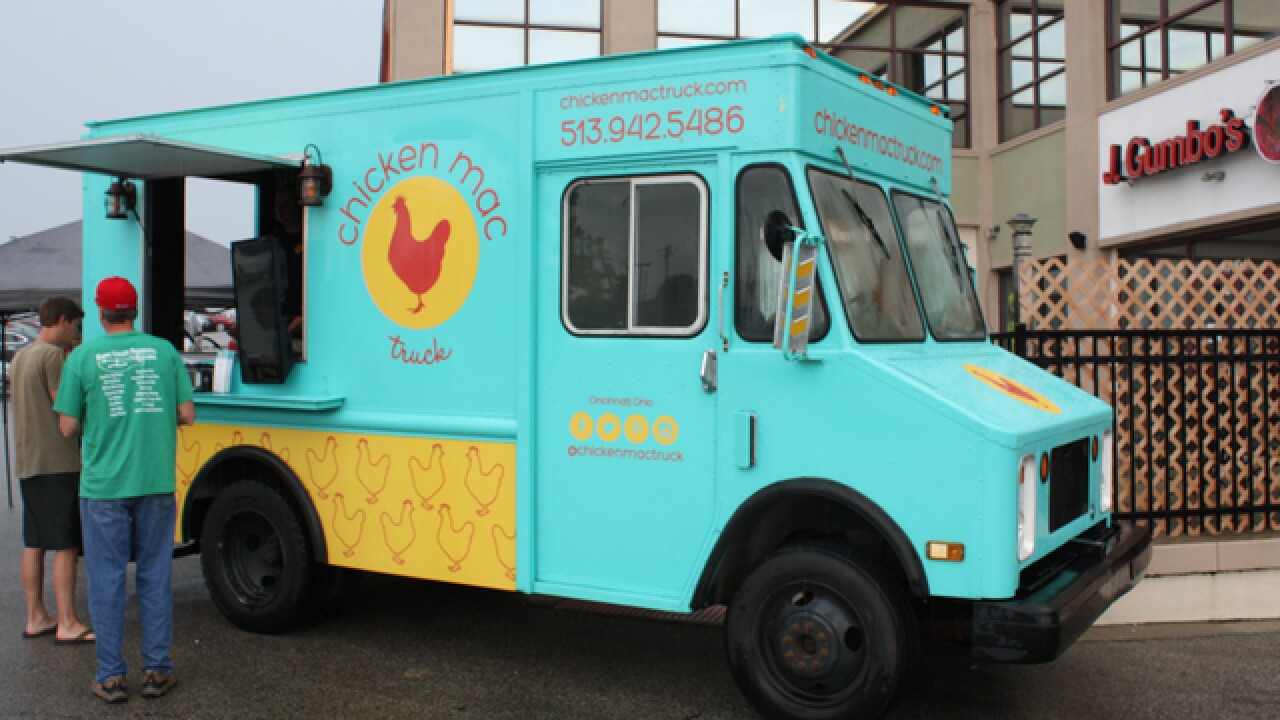 CINCINNATI -- Local entrepreneurs Jarod Maier and Casey Thiemann are celebrating one year of dishing up delicious macaroni and cheese with a first birthday bash from 11 a.m. to 2 p.m. Friday in Over-the-Rhine's Washington Park.

The Chicken Mac Truck will donate 100 percent of proceeds to Cincinnati Children's Hospital to fund research on treating cancer and rare blood diseases.

Maier and Thiemann said they have been personally affected by pediatric cancer in their own families, but they were also inspired by a local mom and her twin boys.

Annie Hoober’s son Aiden suffers from a rare disease called Langerhans cell histiocytosis – LCH for short. LCH is a rare, inflammatory, cancerlike disorder that produces destructive and invasive tumors. Aiden was diagnosed with LCH when he was just 1 year old and began chemotherapy treatments immediately. A cure for LCH has yet to be discovered.

Aiden, now 3 years old, is coincidentally celebrating one year of being chemo-free this month, thanks to his care at Cincinnati Children’s. Chicken Mac Truck chose to celebrate the Hoobers' good fortune with a community party to raise money and awareness for cures to pediatric cancer.

“We cannot thank Chicken Mac Truck enough for their partnership and amazingly generous support of LCH research,” Hoober said. “Cincinnati Children’s is one of the few places in the country where parents like me can turn for answers about this under-studied disease. My son had wonderful doctors, but we are still in a fight against this rare disease. We want to raise as much money as we can to help find a cure.”

Peek behind the scenes of the Chicken Mac Truck with our video tour below.

Maier and Thiemann have tried to include charity work in their business from the time they closed their Fairfield brick and mortar restaurant in June 2016 to launch the Chicken Mac Truck. During their debut week, they raised money to help Cincinnati’s homeless community. They ultimately donated $1,000 to Fall Feast, which provides low-income families with free Thanksgiving meals each year.

Since then, they say they've served 15,000 bowls of chicken mac n’ cheese, which they fittingly call “happiness in a bowl,” at offices and events around town. They also just purchased a second truck to accommodate increasing demand for their food.

“It’s really important to us that we celebrate our first year of success by giving back in a big way,” Thiemann said. “Not only do we want the entire community to come out and celebrate with us on July 28, but we also want to bring smiles to the faces of the kids and families battling cancer here locally every day. And we want to express our profound appreciation to the doctors, nurses and researchers who are fighting this horrible disease and striving to find a cure.”

A variety of chicken and mac n’ cheese dishes will be served during the party via donation only (with a suggested minimum donation of $8), and everyone is invited. The truck will also provide a live DJ, bounce houses for the kids, entertainment, free birthday cake, party favors and more!

Representatives from Cincinnati Children’s Hospital will also be on-site accepting additional donations and providing information and cards for the community to write notes of encouragement to the pediatric cancer patients at Children’s.

“We really enjoy connecting with the community and helping those in need. We have been blown away by the support and love we’ve received during our first year in business, and we want to continue to make a positive impact everywhere we go,”  Maier said. “Everyone is invited to join us at Chicken Mac Truck’s First Birthday Bash and fundraiser to help us make a major difference in the lives of precious kids like Aiden who suffer from rare diseases and cancer.”