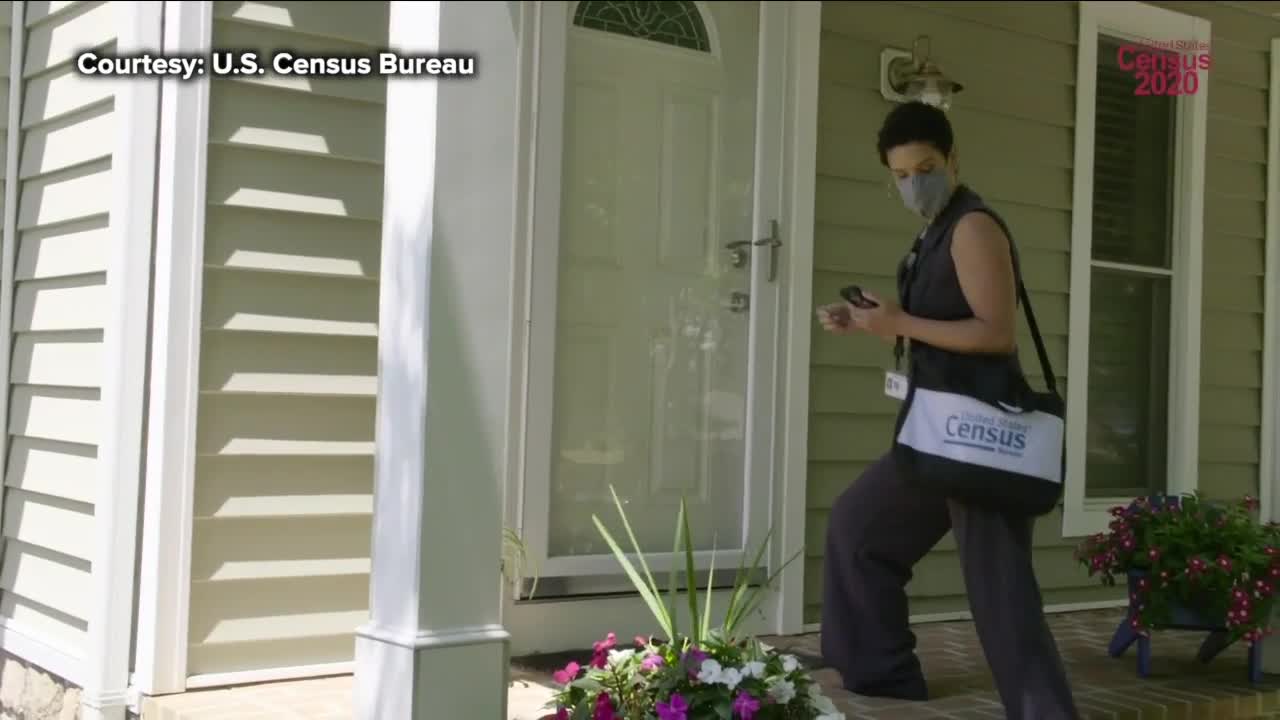 CINCINNATI — The U.S. Census Bureau says it has reached 99.9% of American households in this year's count -- but that number does not mean every home contacted has responded and been appropriately counted. As the census draws to a close, workers and volunteers are making one final push to get those homes counted.

"The census is one of these big things that people don't really understand how it impacts our daily lives," said Chandra Yungbluth, assistant to the city manager of Cincinnati.

Yungbluth runs the outreach campaign for Greater Cincinnati Counts, a committee dedicated to getting every resident in and around Cincinnati counted in the 2020 census.

The census will ultimately determine how congressional districts are redrawn, how many federal representatives a state might have and how many billions of dollars in federal funding will be distributed to states, cities and towns over the next 10 years.

"And I always tell people that it impacts everything from where we put bus stops, to classroom sizes, to where health centers are located," said Yungbluth.

The Census Bureau will officially stop the count on Oct. 15, but the deadline ends at 11:59 p.m. Hawaii time, to accommodate the entire country. That means for Cincinnati, it ends at 6:00 a.m. EST Friday morning.

Because of this, Thursday will be the last day for census workers to try and get people counted. Although the U.S. Census Bureau says nearly every household has been reached, there's not guarantee all of those households responded and fully filled out the census.

"So that means that they have attempted, they know whether or not an address is vacant, they've exhausted the number of knocks they're going to make on those households or they've attempted to get the data another way," said Yungbluth.

So far, numbers of residents counted are similar to what they were during the 2010 census; The self-response rate, which includes people who have filled out the census online or by phone, is up slightly across the country in 2020. It's also up across Ohio and Hamilton County, but is down within the city of Cincinnati itself.

"We are planning on being out in the public to make sure that we can capture anybody that just hasn't yet turned in their census or taken it," said Yungbluth.

She said it will be a few months before official numbers are in and they know how many people in Cincinnati actually responded.