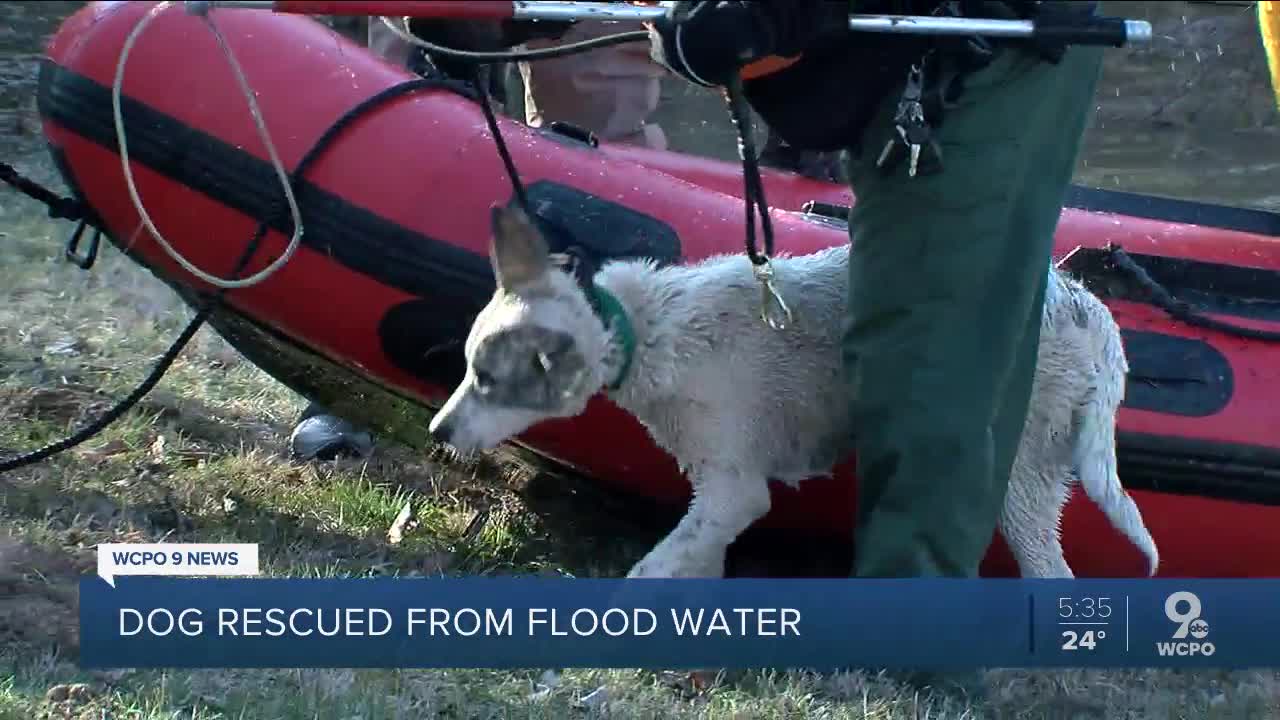 Crews put on their cold weather gear Friday to rescue a dog stranded in a flood zone. The dog, nicknamed “Frosty” by rescue crews, was trapped on top of a log about 75 yards into a flood zone off Kellogg Avenue. 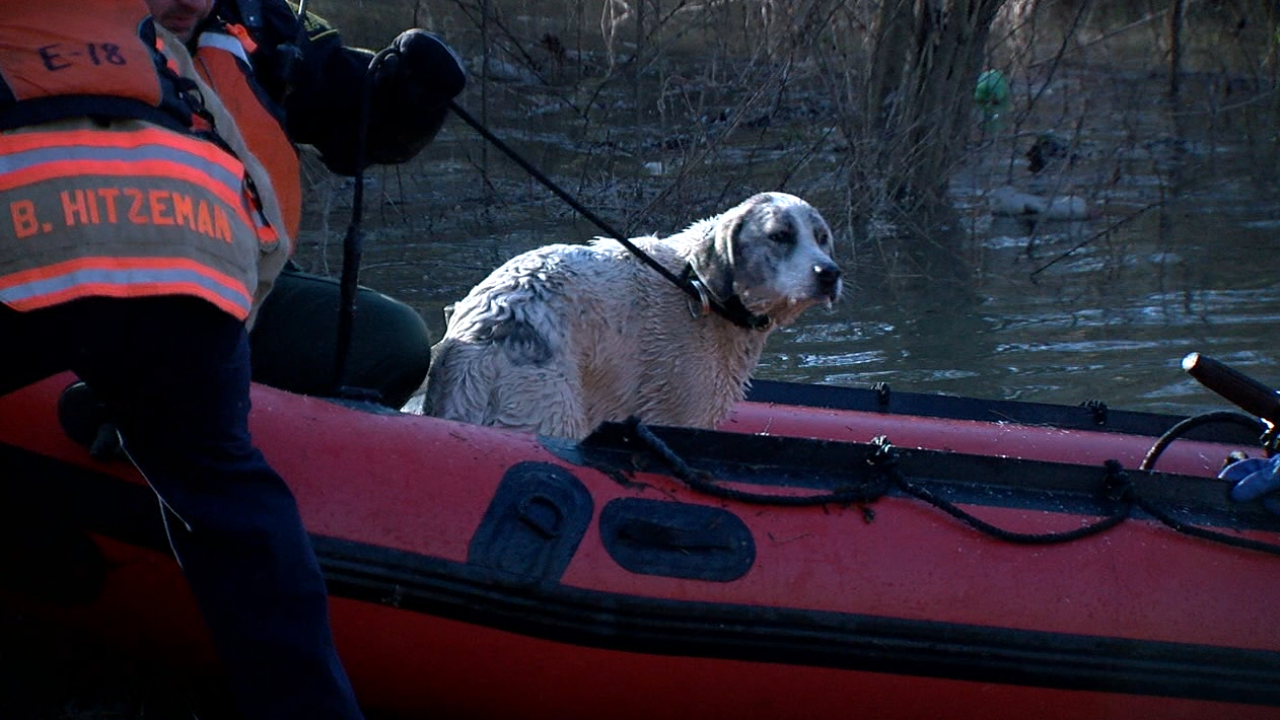 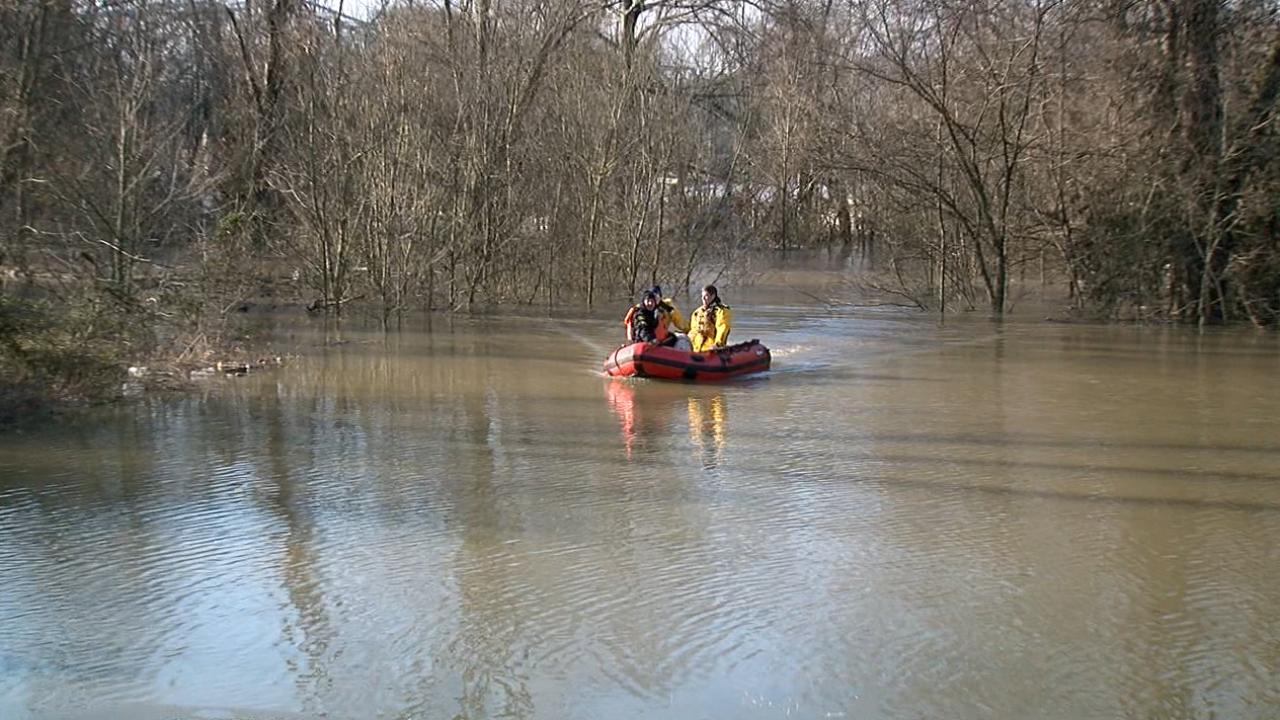 CINCINNATI — Crews put on their cold weather gear Friday to rescue a dog stranded in a flood zone.

The dog, nicknamed “Frosty” by rescue crews, was trapped on top of a log about 75 yards into a flood zone off Kellogg Avenue.

A neighbor told WCPO she heard a dog barking Thursday night. When she got up Friday morning, she realized the noise was coming from a dog stranded in the floodwaters.

Capt. Rick Clements of the Cincinnati Fire Department said the high waters made it difficult to reach the dog on foot.

“Due to the high water, they couldn't get to [the dog],” Clements said.

Crews drove an inflatable motor boat towards the trapped dog, who then jumped off the log and into the water out of fear.

Conners said the dog jumped back on the log once he realized how cold the water was.

“We had to continuously coax the boat up to the dog to get the dog in the boat,” Conners said.

Now, Frosty is recovering at the Society for the Prevention of Cruelty to Animals.

"The dog is pretty worn out. The SPCA took [the dog] just to make sure everything is okay with the dog,” Conners said.

Frosty will be kept at the SPCA for the next four days in case he has an owner who is looking for him. Neighbors said they believe the dog is a stray.

"Frosty is safe and resting well," SPCA Cincinnati later wrote on Facebook. "She is the sweetest thing, allowing our staff to care for all of her immediate needs. The SPCA will update the public on her progress in the days to come."

If no one claims him, the SPCA will start the adoption process.