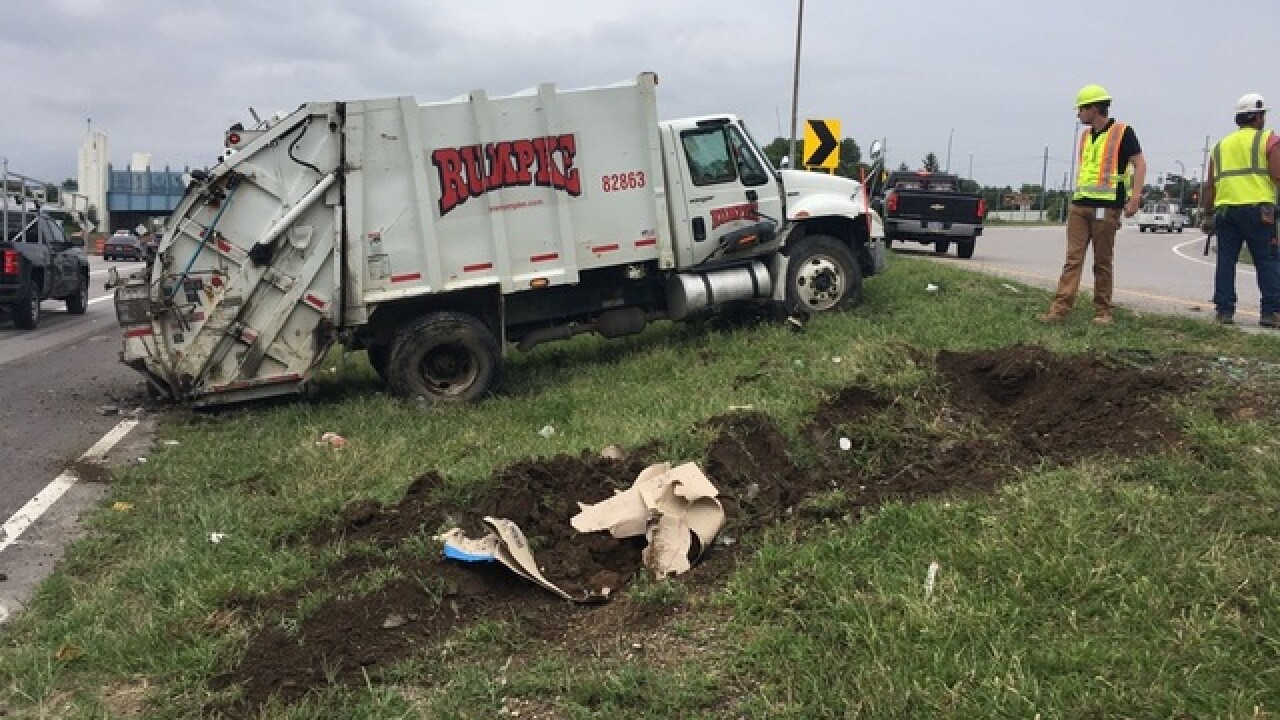 CINCINNATI -- A Rumpke employee was injured Wednesday morning when his garbage truck overturned on Interstate 75.

It's the second on-the-job incident involving a Rumpke employee this week.

No other vehicles were involved in the crash, which happened at about 10 a.m. near the Towne Street exit. WCPO journalist Breanna Molloy, who witnessed the truck overturned twice, said the driver was conscious at the scene.

He suffered minor injuries and was taken to University of Cincinnati Medical Center, according to Rumpke spokeswoman Molly Yeager.

The crash is under investigation. Two lanes of Interstate 75 were closed as Rumpke worked to have the truck towed.

On Monday, a driver hit Rumpke driver David J. Evans in Middletown. He was throwing garbage into his truck at the time.

A medical helicopter took Evans to Miami Valley Hospital, where he was pronounced dead. He'd worked for Rumpke for 15 years.

Garbage collectors have one of the most dangerous jobs in the nation, according to the U.S. Bureau of Labor Statistics -- with a higher rate of fatal injury than even police officers and steelworkers. An analysis from 24/7 Wall Street found many of those injuries came from "pedestrian vehicular incidents," when a driver hits a garbage worker.