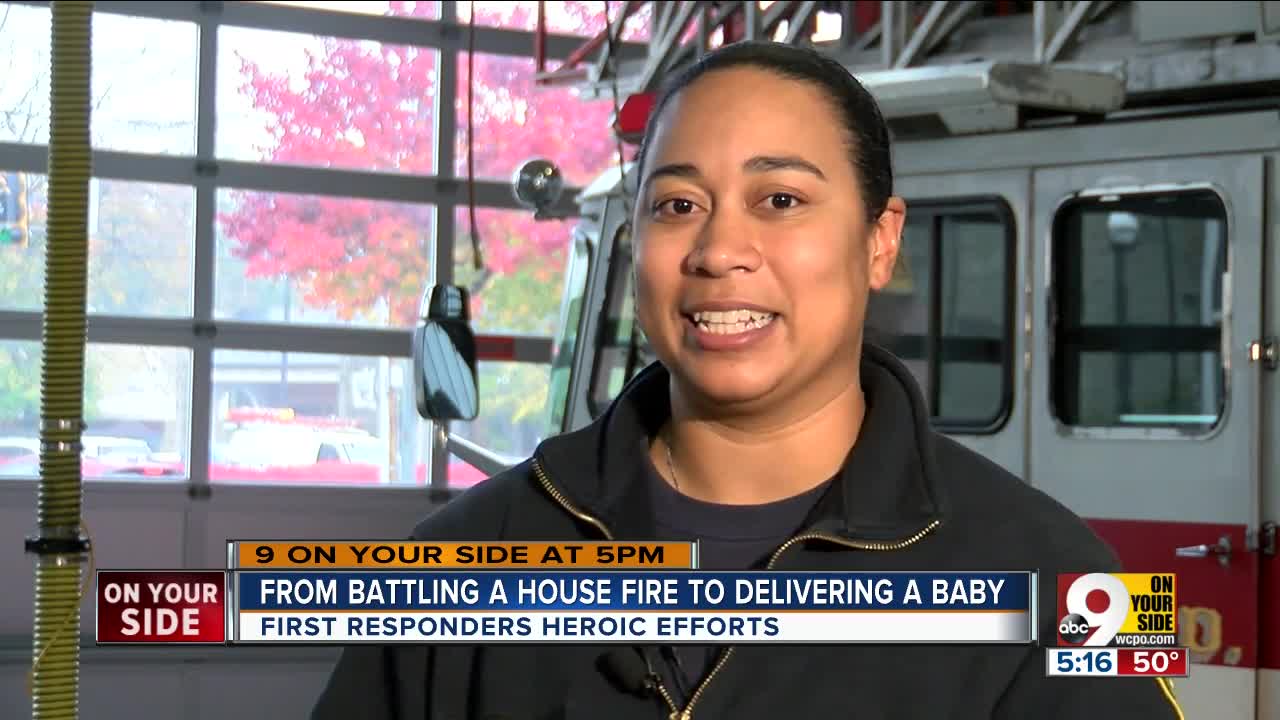 Halloween night was full of surprises for a mom, a grandmother and a paramedic in Bond Hill. 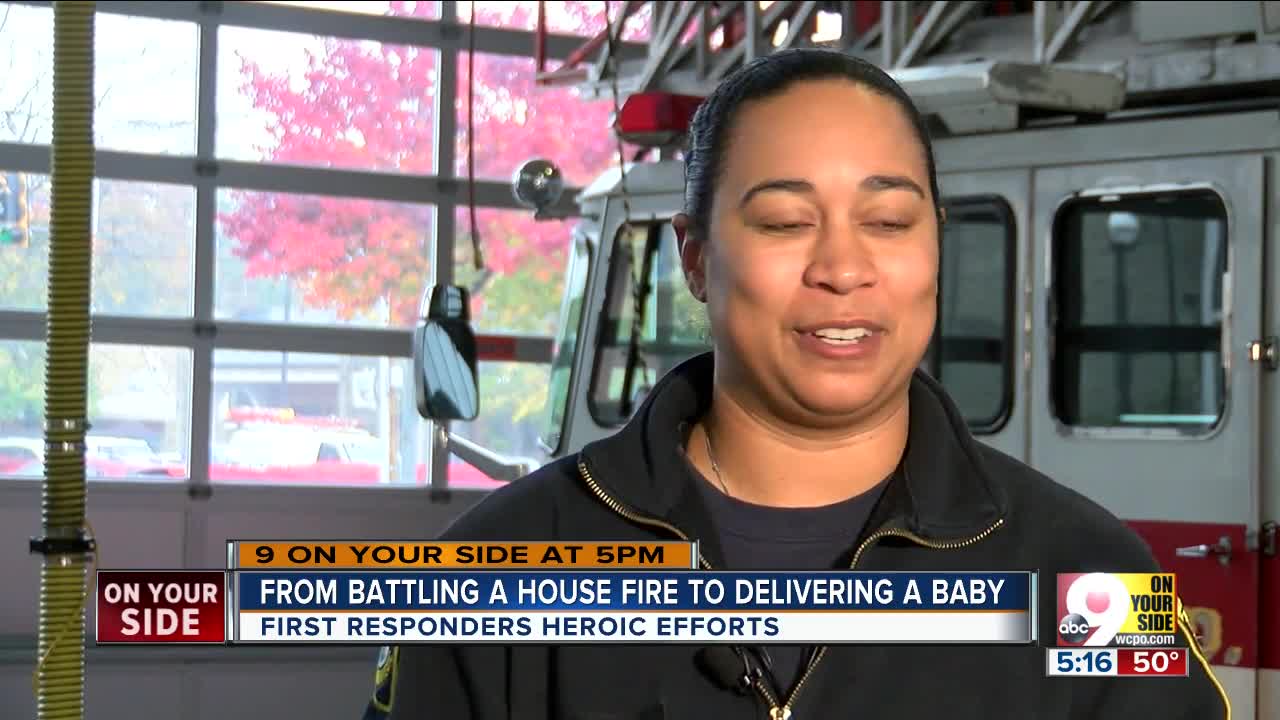 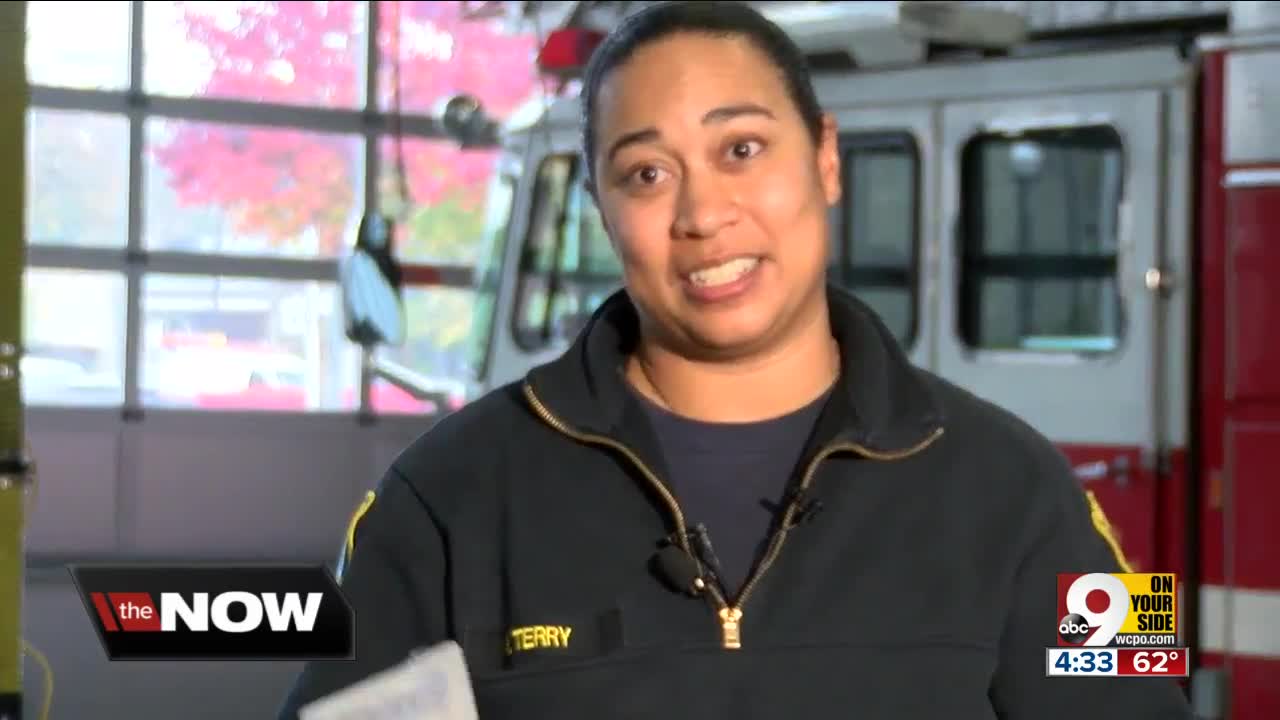 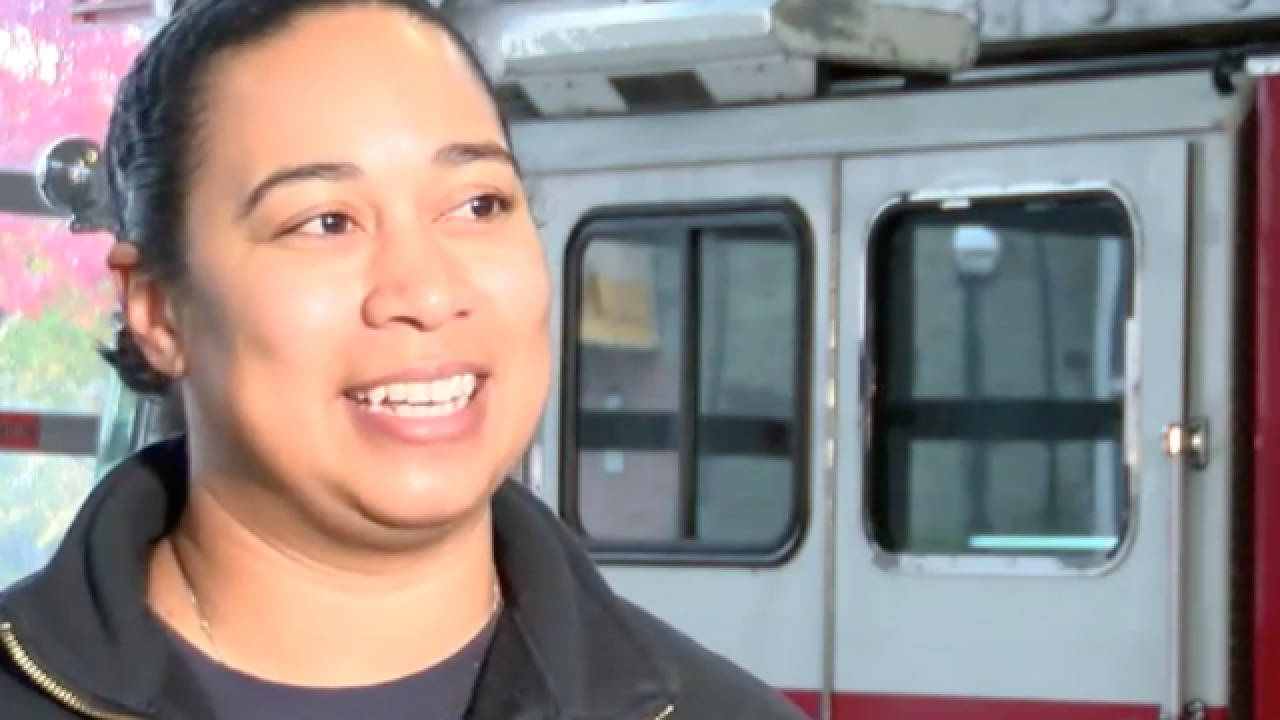 CINCINNATI – Halloween night was full of surprises for a mother, a grandmother and a paramedic in Bond Hill.

After Cincinnati firefighters and EMS crews arrived at a house fire on Andina Avenue, one of them found out she was needed across the street.

“Her water breaks and she said, ‘Mom, I have to push,' and the next thing we know her head was out!” recalled Elaine Wise.

Wise’s 8-pound, 6-ounce granddaughter, Razia Rae Lee, was not going to wait. Luckily for Wise and the baby’s mother, Latora Jackson, there was help nearby.

“It happened so quick. Next thing I knew, here came all the paramedics,” Wise said. “Thank goodness they were just across the street.”

Keshia Terry, a Cincinnati firefighter and paramedic, was just as surprised as the mother and grandmother.

“When you’re dispatched on a call, you have a game plan in your head based off of what they dispatch and what you’re going to do,” Terry said.

Delivering a baby was not part of the game plan. But that changed quickly, Terry said.

“Just as we’re pulling up the stretcher to the front of the house, Chief said, ‘See that house across the street over there?’

“He said, ‘There’s a woman in there giving labor. Can you go help deliver her baby for her?’ ”

In just seven minutes, Terry helped get 33-year-old Jackson and her newborn in the ambulance with one of the obstetric kits they keep handy in each of their engines.

Even the baby's father got into the act.

“In here are the scissors to cut the cord, which the dad got to do, which was awesome!  I really liked that,” Terry said.

Terry said she had already delivered three babies on the job, but this one was different.

“This is the first that we’ve responded to a fire, then dumped ship and deliver a baby,” she said.

All of them, Terry said, are special.

“We don’t really have a lot of the happy-ending stories, so it’s nice that we can be called away from a fire to help somebody come into this world.

Mom and baby are both safe and sound. Regarding the fire across the street, a man suffered minor burns and was taken to the hospital. A dog was also rescued and is doing well. The cause is under investigation.