'It's a blend of church, community and businesses' 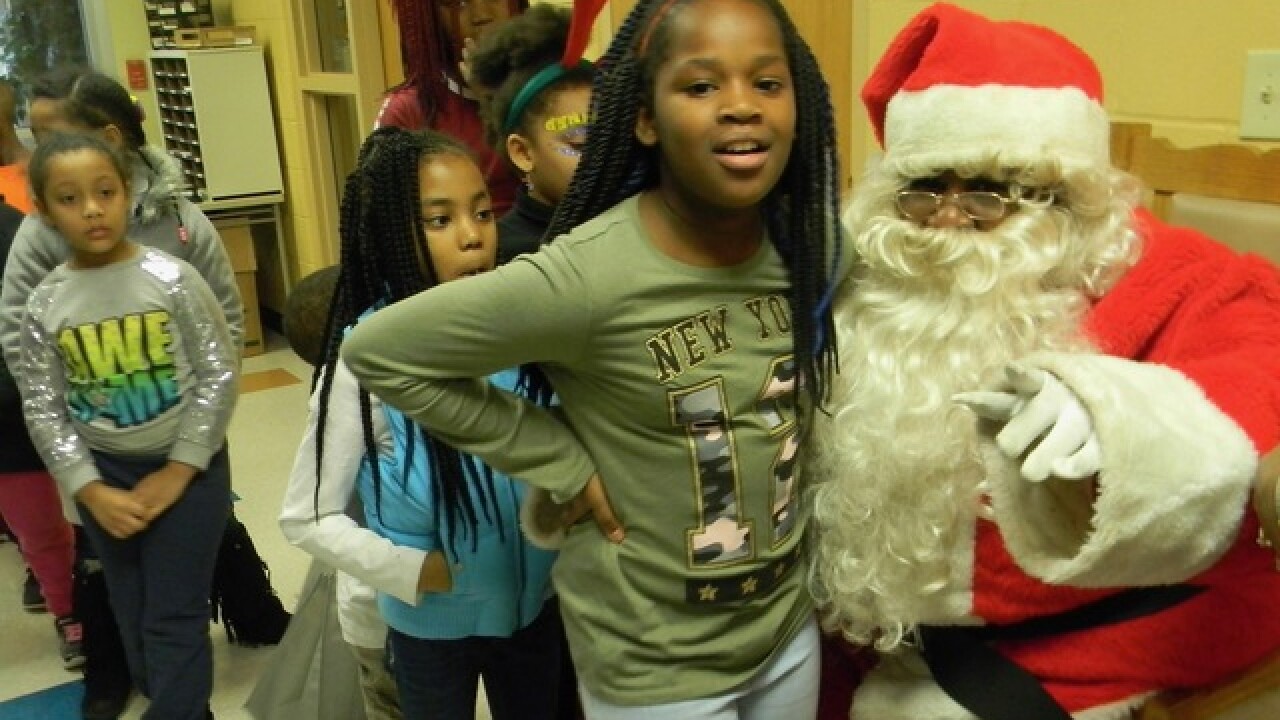 Copyright 2018 Scripps Media, Inc. All rights reserved. This material may not be published, broadcast, rewritten, or redistributed.
Courtesy of Halle-Bration
<p>Young visitors at the 2017 Halle-Bration wait to see Santa.</p>

CINCINNATI -- A holiday event designed to celebrate black-owned businesses has gotten too big for just one day.

Halle-Bration is growing into a two-day event for the first time since friends Kathye Lewis and Miriam Kinard started it back in 2013.

“After five years, we decided we had such a major attendance last year that we better expand,” Lewis said.

Both days of the free event will be held at New Vision United Methodist Church in Bond Hill.

The new Friday evening component on Dec. 7 is designed to be a social hour for adults, Lewis said. Vendors will be there with goods and services available for purchase, along with a jazz trio and seminars on such topics as building wealth and men’s health. There also will be a special area called the “Taste of Halle-Bration,” which will have sweets and other food items to taste and purchase, she said.

Saturday’s event on Dec. 8 also will have vendors and live music along with activities aimed at children and families. Artist Annie Ruth will be on hand to help kids make crafts, and Santa will be there to distribute toys to the first 200 children in attendance.

There also will be workshops on Christmas and Kwanzaa that day, along with another workshop designed to help parents figure out how to get the most out of their children’s education, Lewis said.

Chuck Futel, a regional vice president with Primerica Advisors, is one of the planning committee members for the event. He said the fact that Halle-Bration has more sponsors for this year’s event than ever before shows how successful it has become.

The Collective Empowerment Group and the Greater Cincinnati and Northern Kentucky African American Chamber have been sponsors for several years. Mercy Health and Fifth Third Bank are among the other sponsors that have become part of the event this year, too.

“We have a marketable event,” Futel said. “Halle-Bration is unique because it’s a blend of church, community and businesses.”

It isn’t only the event that has grown, Lewis added. A number of the vendors that have participated over the years have seen growth, too, she said.

“We’ve seen some very good success stories from businesses that have been part of Halle-Bration,” she said.

A woman who sells carrot cake at the event, another woman who sells cookies and a fabric artist all have expanded their businesses significantly since they became part of Halle-Bration, Lewis said.

Futel has been a vendor, too, and said the event’s formula works.

“I get exposed to a group of people who I probably would never be exposed to,” he said. “It’s a different way for me to market my business to a group.”

Lewis said the AARP booth at the event would offer free gift-wrapping. There will even be a shuttle for people who have to park in the overflow parking lot away from the church, she said.

Halle-Bration drew about 1,200 people last year, Lewis said, and she expects to have as many as 1,500 over two days this year.

“We’ve never had any incidents that were negative,” she added. “We call it a Hallelujah celebration for a reason.”

Lucy May writes about the people, places and issues that define our region – to celebrate what makes the Tri-State great and shine a spotlight on issues we need to address. She has been writing about women- and minority-owned businesses in Greater Cincinnati for more than 20 years. To read more stories by Lucy, go to www.wcpo.com/may. To reach her, email lucy.may@wcpo.com. Follow her on Twitter @LucyMayCincy.