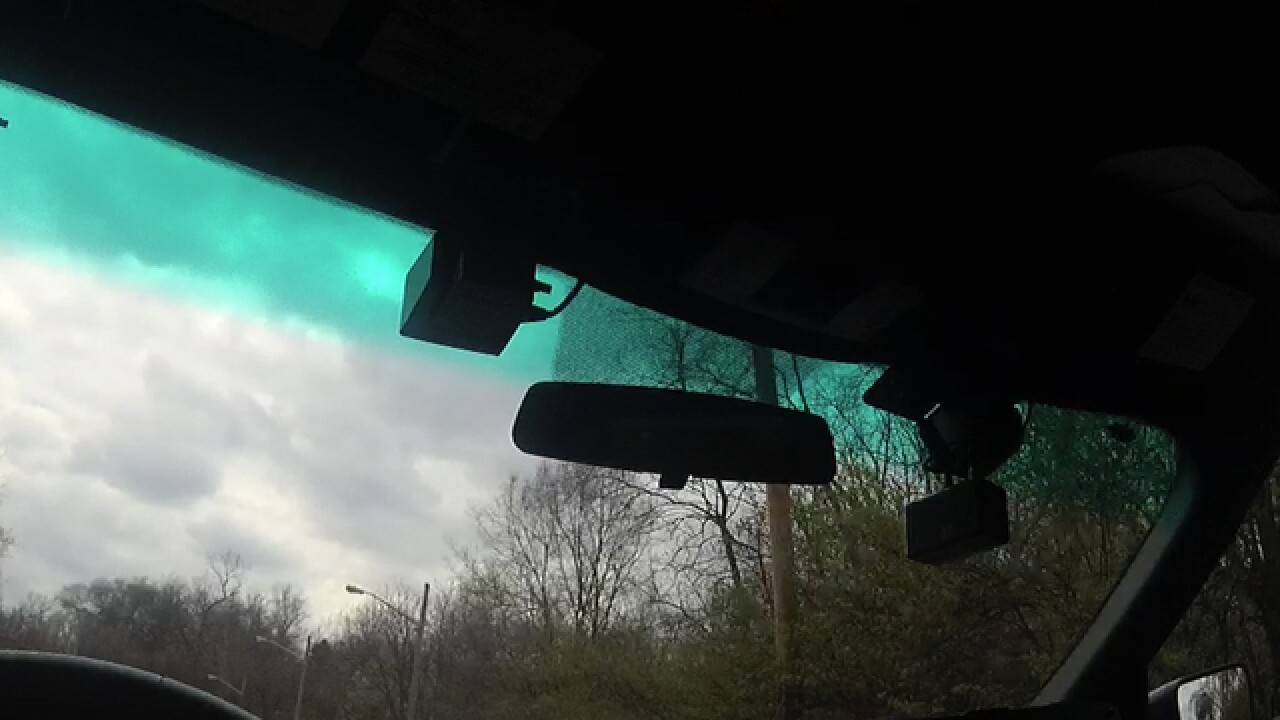 The two videos show about three minutes of the search from two different perspectives. Police previously said the officers spent about 11 minutes searching. Plush's gold Honda Odyssey is not visible in the video.

Plush, 16, called 911 twice on the afternoon of April 10. Officers Edsel Osborn and Brian Brazile, riding double as Unit 2232, responded to the school after his first call.

Police said the officers didn't find anything, and received no answer when they tried calling Plush.

The body camera videos, which police released Friday in response to a public records request, show the officers driving around a parking lot, but never getting out of their vehicle.

The videos show the officers turn into the parking lot south of the Seven Hills School Resale Shop. Plush's van was parked in the lot north of the shop, on the same side of Red Bank Road. They make a U-turn, and then turn back onto Red Bank and then into another lot across the road, near tennis courts and a baseball field.

"I don't see nobody, which I didn't imagine I would," one officer says after they make a U-turn.

"I'm going to shut this off," an officer can be heard saying near the end of the videos.

Cincinnati Police Department spokesperson Tiffany Hardy said the above body camera videos are the entirety of what was recorded. According to department policy, officers will activate their cameras when arriving on scene for all calls for service. They may deactivate the camera after clearing a call.

There is also dash cam video from the patrol vehicle, but that was not released because it's with the prosecutor, according to Hardy.

Ohio state Sen. Cecil Thomas, who spent 20 years as a Cincinnati officer before his 2000 retirement, said the lens through which the officers' actions should be judged depends on what they knew when they arrived on the scene. If they only knew someone was "in distress" in the area, he said, they might have believed driving around would be enough to identify that person.

"In a perfect world, you get out of the car," he added.

After the officers left, a Hamilton County deputy who had been directing after-school traffic also looked for Plush on foot and also didn't find anything.

No one found Plush for hours. By then, he was dead.

When a call went out for officers to respond to Seven Hills School again that evening, one of the Unit 2232 officers got on the radio, not yet knowing Plush was dead:

"I think somebody's playing pranks. It was something about they were locked in a vehicle across from the school, we never found anything. But we'll respond and see what else we can find," one of them said in the radio transmission that night.

Police Chief Eliot Isaac has directed an internal investigation into Plush's death and why first responders failed to help him. One of the 911 operators who answered a call from Plush was placed on administrative leave for a week after Isaac said she didn't pass along the color, make and model of Plush's van. The call taker said she couldn't hear any sound when Plush called, though Plush can be heard speaking in a recording of the call.

Hamilton County Prosecutor Joe Deters has also launched an investigation to determine what went wrong leading up to Plush's death.